WhenÂ Sony’s PlayStation VRÂ was launched in October 2016, it was originally intended to make playing the PS4 more realistic than ever. Now, the VR headset is being used with mobile devices, too, which is why it is not surprising to learn that soon, most online games will be played using this gadget.

In an article by The New York Times, Sony Interactive Entertainment’s global chief executive Andrew House revealed PlayStation VRâ€™s sales for the first time. According to House, total sales reachedÂ 915,000 on FebruaryÂ 19, 2017â€”just a few thousand units short of their target of a million units for their first six months only four months after the product was launched.Â

There is a great demand for virtual reality, and while it might take a while for all online games to adapt to this technology, immersive games are doing a pretty good job at keeping gamers engaged.Â

Online games have evolved a lot during the past few years, from simple platformers such as Mega Man to live video streaming that gives players a more realistic and immersive experience. For instance, Dance CentralÂ players actually move to the groove as they mimic the dance moves on screen and can see snapshots of themselves during the game.Â The facial scan for NBA 2K17 (something that will probably be used again for NBA 2K18) gives the players the illusion that they are the ones playing in the court because it is theÂ image of their face that is imprinted on the character they play as.

In the iGaming sector, live casino games such as blackjack, poker, and roulette make the experience more engaging by making use of live video streaming technology. For example, instead of playing with digital graphic elements, bgo’sÂ live roulette game allows players to see the dealer actually spinning the wheel and releasing the ball, and they can even chat with the dealer as the game unfolds. The site also features other immersive live online games likeÂ blackjack and baccarat where people get to play real casino games among real players right in the comfort of their homes. Thanks to RFID chips and OCR technology, the players see a mix of live streaming and digital images on their screens, getting the best of both worlds. Source: Pixabay 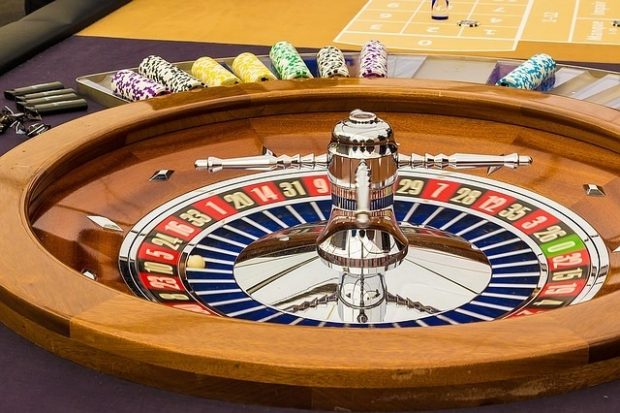 The evolution doesnâ€™t stop there, as many companies are now developing virtual reality versions ofÂ various old-school games, such as VR Pac-Man, not to mention VR Poker and other similar experiences. Who knows? Maybe Nintendo will also go for an official VR Super Mario Bros. release if rumours about a VR Headset for the Nintendo Switch prove to be real! With E3 around the corner, VR will surely get a considerable push from Sony, not to mention how Microsoft is more than ready to fully unveil Scorpio which will certainly take the Xbox family into the VR realm in full.

With poker being an old timeÂ favorite among players, online casino sites like bgo often feature it front and center. And it is no surprise that this game was actually one of the first VR experiences in development. In Casino VR, the first VR poker game, the player can walk around the casino floor and even talk to other players as if it was a live setting.Â SlotsMillions is another gaming site that has started to offer virtual reality casino games besidesÂ poker, such as bingo, roulette, and slots. It’s something that people can relate to since everyone knows how a casino experience should feel, either from their own recollections or from watching it in movies or TV:

As for VR Pac-Man, it is far from the traditional arcade game but it’s definitely something to try! In the VR version, the player will no longer be a spectator but will have firsthand experience running along dark, neon-lit corridors as they are chased by glowing ghosts. Players have to brace themselves when they getÂ cornered by a ghost since they will see how it moves closer and closer to take a bite.

Dubbed as one of the best games ever made in a Time.com article, Super Mario Bros has been with us for over three decades. From being played on Nintendo classic consoles to its foray into mobile devices, this game is now unofficially on its way to virtual reality as a demo has recently been developed by a fan.Â Titled Walk-O-Motion, players get to run and jump inÂ level oneÂ of the classic Super Mario Bros game. It’s an interesting take on the classic, but certainly not something officially sanctioned by the Big N.

There is so much gamers can look forward to this year when it comes to VR games. PlayStation has a very nice mix of virtual games coming very soon, such asÂ Dino Frontier VR, Gran Turismo Sport 2017, Tekken 7, and the recently released Farpoint, to name a few. Come June 12, we’ll surely get a new batch of never before seen releases for Sony’s immersive virtual reality headset, and I can’t wait to see what they are!