Samurai Warriors: Spirit of Sanada on PlayStation 4 focuses on one specific clan in the Sengoku era: the Sanada clan. As with previous Samurai/Dynasty Warriors games, there will be a lot of historical references about the Sanada family and the clan along with some very fun hack n slash gameplay. Want to learn more? Then read our Samurai Warriors: Spirit of Sanada review!

The story takes place in the year 1567 and spans 48 years – this was an important historical point for the Takeda clan who were major players in the feudal wars. The game revolves around the battles of the era, with the first being the battle of Kawanakajima. You play as Masayuki Sanada a retainer of the Takeda clan.

Spirit of Sanada is different from the previous Samurai Warriors games, and you’ll see this shortly after you begin playing. Instead of battles being the main focus of gameplay, the focus is more on the story and exploration, much like you would see in a typical RPG! The other difference is that the exploration side of the game is timed. The game will focus on the protagonist Masayuki Sanada and the issues he and his clan face. 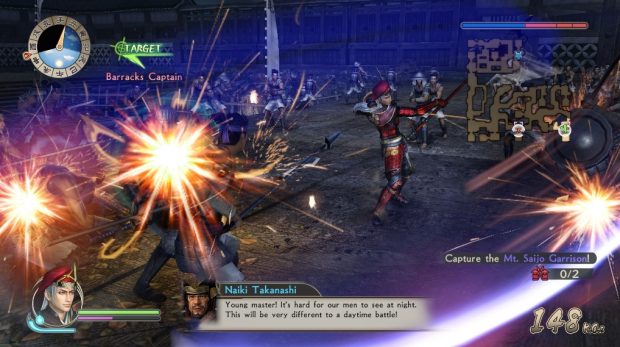 Like a typical Samurai Warriors, game you will fight against huge battalions of enemies – we are talking hundreds upon hundreds at once. You will recognize the hack n slash gameplay from other entries in the long-running series. Once you defeat the horders of low and mid-tier enemies, you will end up battling a powerful boss who will unleash a new set of minions against you.

As always, you have two main attacks, one stronger than the other, and combining them will allow you to unleash huge combos. Once you have filled up your rage meter, you can then unleash rage mode by pressing on the R3 button – doing so will give you the ultimate power of destruction so that can destroy anyone in your path in a blink. 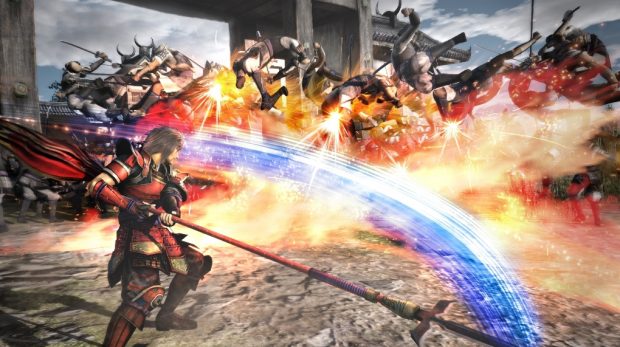 The characters in the game wield some weird weapons! For example, Masayuki Sanada wields a giant banner as his starter weapon, and it is a surprisingly good starter weapon. It is capable of taking out a large number of enemies at once and at high speed. Lord Shingen uses a fan as his main weapon, and it is slow to attack but quite hilarious to watch! There are plenty more, but I don’t want to ruin the surprise. The good news is that you can switch characters on the fly in case you need someone with faster attacks or decided that you should use a powerhouse to take some slower but more powerful swings at enemies. 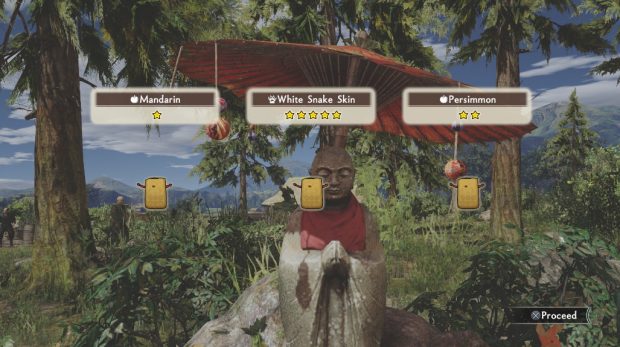 The game has side quests that are often triggered by talking to NPCs. You can also fish, farm, gift allies and more. Out of all the Samurai Warriors games I have played, so far Spirits of Sanada is the best of them thanks to the variety of activities available for players to enjoy.

As mentioned above, the game has an interesting mechanic by which exchanging gifts and completing tasks for your allies will increase their friendships. The Persona games have a similar feature, and it was a nice surprise to see something like that in a Samurai Warriors game. The higher your friendship, the better the odds of unlocking additional scenes as well as other goodies, including Sanada coins – these are special coins that can help you turn the tide of battle. 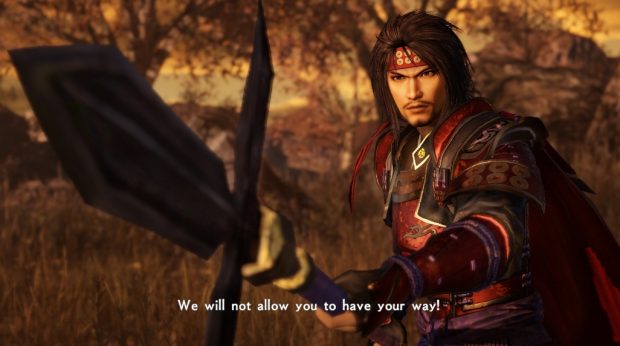 There is a dojo in the town which you can use to train up your team and gain some additional levels. You can also upgrade your weapons, or purchase new ones. There are a few locations to explore, but beware since, as I mentioned before, the exploration segments are timed, and if you fail to complete your objective on time, then you go back to the map of Japan – the good news is that you get to keep everything you have found up to that point. Each location has a set number of goals, such as find x number of materials, fully explore all areas and so on, and completing them all will unlock a special goal on top of it all. 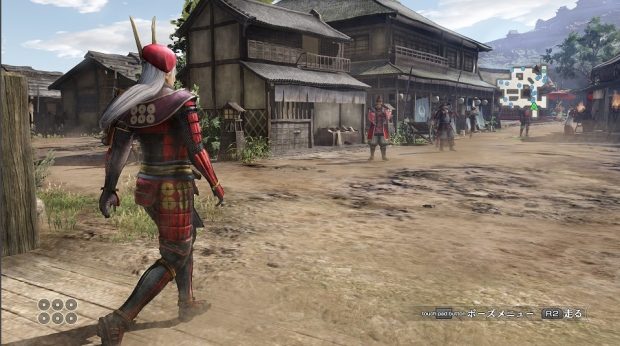 Samurai Warriors: Spirit of Sanada is an excellent game that expands on the Samurai Warriors formula by introducing interesting elements such as friendship building and exploration. It feels a bit more personal than previous Samurai Warriors releases, making it a must-play for fans of the franchise.

Disclaimer
This Samurai Warriors: Spirit of Sanada review is based on a PS4 copy provided by KOEI TECMO America.

The Town Of Light Out Today On PS4