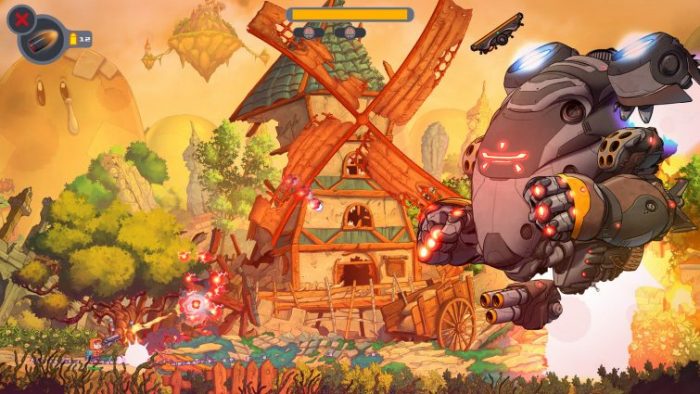 Rise and Shine is a 2D side scroller with a hand-drawn comic book art style that hides its considerable difficulty curve. The graphics and the over the top violence are a nice contrast in this PlayStation 4 release. Want to learn more? Then read our Rise and Shine review!

You play as Rise a young boy on planet Gamearth. This planet is home to many video games characters that co-exist peacefully. That all changes when the grunts from planet Nexgen attack the mall Rise was in. After surviving this brutal attack, he meets a legendary hero who is so legendary he’ll probably remind you fo Link from The Legend of Zelda series. He provides him with Shine, a talking gun that gives Rise the ability to respawn indefinitely. Your job is the deliver the wise-cracking gun to the King of Gamearth to end the war once and for.

Rise and Shine takes heavy inspirations from a lot of games to which it pays homage. You’ll notice nods to everything from popular frustrating mobile game Flappy Bird to Super Mario Bros and everything in between. There are plenty of easter eggs in this game which definitely add to the overall experience.

The platforming aspects are really good and highly responsive, but the shooting elements need a bit of time for you to get used to them. You can take cover with the Square button, but you can’t do this for long periods of time or else your cover will be destroyed. The difficulty is high, so you need to learn from your mistakes to survive. You’ll die a lot in the game, but every death will hopefully allow you to gain some valuable knowledge. 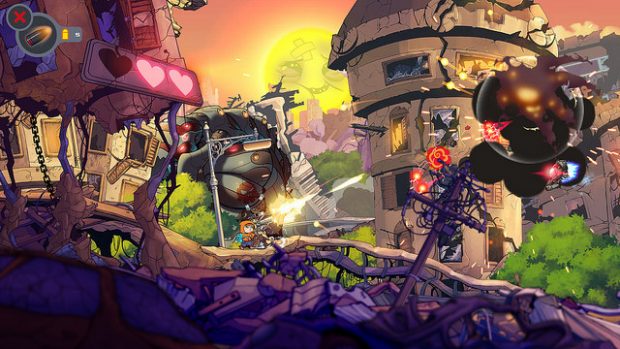 The game does get slightly easier once you get the RC bullet which allows you to guide a bullet into an area to flip switches or to kill annoying enemies. You can even speed up or slow down the bullet! You have quite a good amount of freedom with it, and that is pretty awesome, so make good use of it where possible to get yourself out of sticky situations. There are other mechanics in the game I think you will like, but I’ll keep them a secret so that you can find them on your own.

Later on, your gun will get a flashlight upgrade that will allow you to go into dark places. Shine likes to try and get funny and makes a comment on the convenience of the flashlight so close to the catacombs. Shine is a very quirky character, and I liked him a lot. There’s a good dynamic between Rise and Shine from start to finish, and it’s one of the best things in the game.

Think of a video game you’ve played. Odds are good you’ll find a reference for it in Rise and Shine. The small nods to beloved franchises and games that you’ve played or are aware that those around you have played will make you enjoy this release even more. The game’s humor is a bit hit and miss, but you’ll definitely chuckle every now and then. 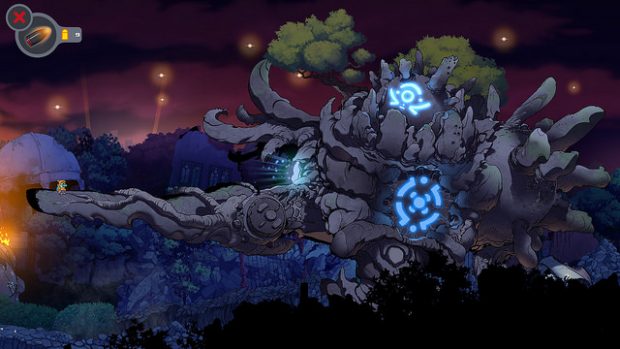 Overall, Rise and Shine is fun once you get going and get the hang of how shooting and aiming works. There is no Platinum trophy for this one, but it has a good list of objectives to complete for things such as killing the first boss without receiving any damage, opening all chests in the game, or doing the Konami code.

Disclaimer
This Rise and Shine review is based on a PS4 copy provided by Adult Swim Games.

Exzore: The Rising Coming To PS4