Agents of MayhemMediaPLAYSTATION Store
No Comments 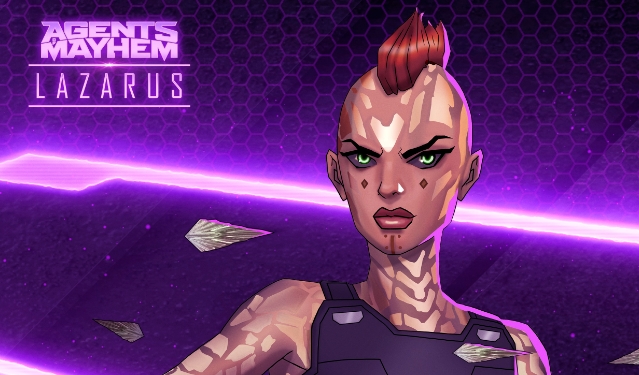 Agents of MAYHEM is coming to PlayStation 4 later this year, so Deep Silver got in touch to share some new information on Lazarus, the newest member for the game!

Here’s some new information on this character:

Lazarus is on a constant quest to prove that sheâ€™s the top rung of the evolutionary ladder. As an agent of MAYHEM, she encounters an endless stream of competitors ready to challenge her for that distinction. While sheâ€™s evolved beyond her own humanity, she still has a great love and respect for humankind as a whole. MAYHEM allows her to watch over those quirky human beings whose flaws and peculiarities continue to fascinate her to this day.

Agents of MAYHEM is a single-player, open-world, third-person action game for the. Fun, funny and full of high-action moments and laugh-out-loud scenarios, in Agents of MAYHEM, you run a no-holds barred operation against the shadowy super-villain organization, LEGION, fighting to take back the world after the horrors of Devilâ€™s Night.

Explore the futuristic city of Seoul with a team of three interchangeable agents, each with their own distinct look, sense of humour, weapons, and skillset, with only one aim: to destroy LEGION, its operatives and their vile plans to take over the world.