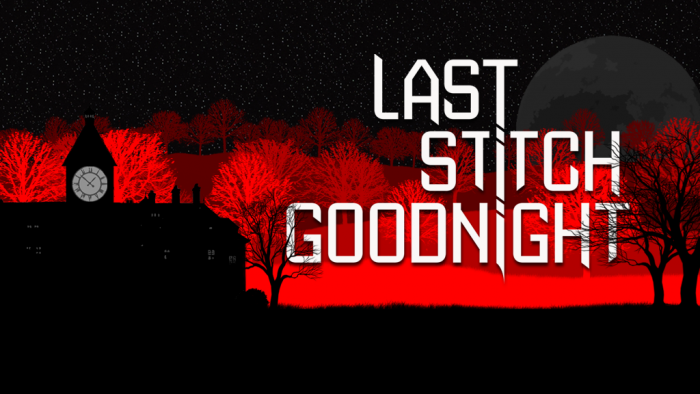 Last Stitch Goodnight is a 2D adventure game which was successfully funded on Kickstarter in Fall 2016. The team ported the game to the PlayStation 4, and now it’s time to take it out for a spin. Is it a good one or a clunker? Read our Last Stitch Goodnight review to find out!

When you boot up for the first time you will be asked if you are a male or female player and you will play as the gender of your choice – I went with a female avatar since that’s what I am and I figured it would help me to enjoy this release a bit more. That made it so that this game is about a woman who wakes up in hospital after a near-death experience. She is kidnapped by the doctor who likes to experiment on people, and your goal is to escape the laboratory in one piece. Lon, the doctor’s assistant, gives you a screwdriver to get you started.

You will go through each room as you take on puzzles and some platforming sections on your path to freedom. There are some pesky guards out to get you as well, so you’ll need to be as clever as possible to solve the puzzles you face and to escape the guards and enemies in this adventure. The game has a bit of a Metroidvania vibe to it since you’ll gain access to new tools as you progress, which will allow you to solve more puzzles. 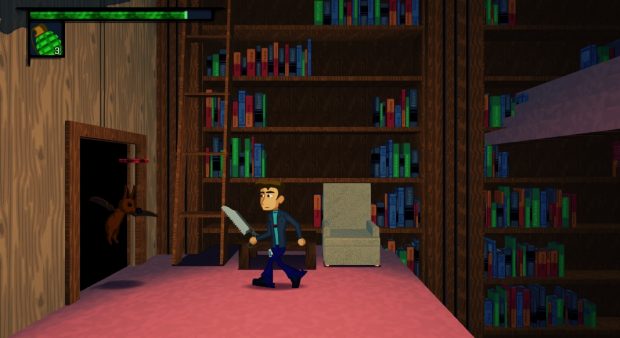 For example, very early in the game, just after you break out of your cell, there is a computer with two red buttons that are very far apart and need to be pressed together at the same time. What can you do? Your weapon won’t work as it’s too short! But you’ll eventually find a way to complete this puzzle, and you’ll go “aha!” once you figure out what the solution is. 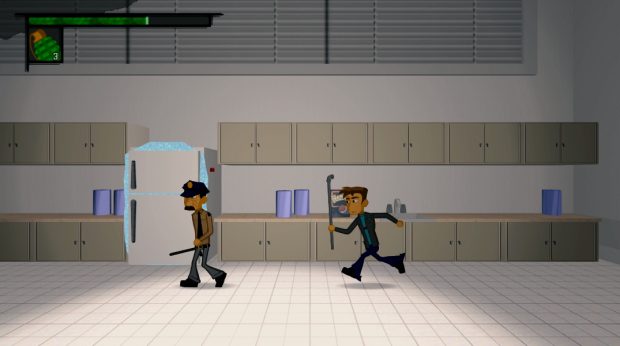 There are several objectives to complete, and you can find them in your notebook for easy reference. You might be saked ot find a new weapon or a specific document that can only be obtained in a guarded room, and completing these objectives will allow you to progress in the game. Some areas are inaccessible until you have the correct items, so searching every nook and cranny is also important! 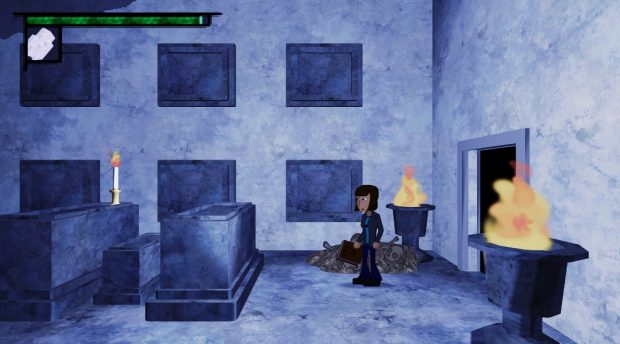 There aren’t many characters in the game that you can interact with. There’s Doctor Dooley, the mad scientist who locked you up after saving you from the brink of death. And Lon who provided you with the means to start your escape. Oh, and you’ll run into a robotics expert later in the game, Dr. Wolchoz. He’s definitely a weird one! 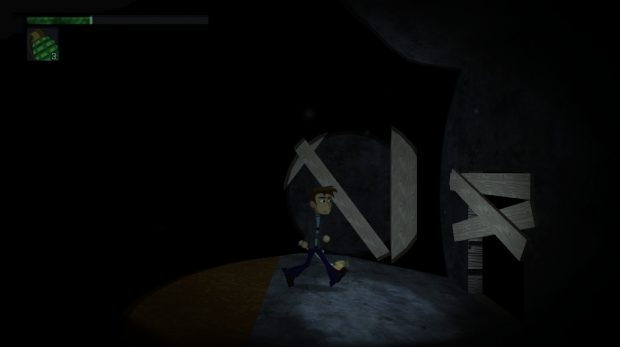 As you progress the map will open up, and quests will start piling up. You’ll eventually face off against some bosses in the game, but since the game is all about puzzles, boss battles are also puzzle-heavy. They do provide a challenge, and you get a sense of panic as you try to figure out how to deal with a boss before it kills you. You have a life meter on the top of the screen, and when that runs out you are sent back to the your save point, ready for another go!

The cartoony graphics are very minimalist, and the character and facial animations are similar to what you’d see in a cartoon. I found the characters to be full of personality, despite it being a 2D game. Last Stitch Goodnight is a fun game on PS4 where combat is a bit easy but the puzzles make it worth your time and money. Sure, it’s not the best game on PS4, but it’s a nice option to have available! 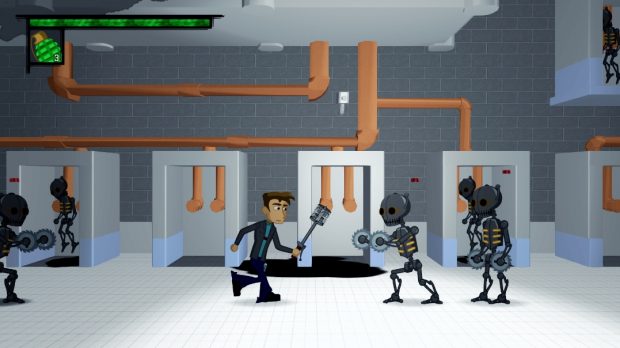 Disclaimer
This Last Stitch Goodnight review is based on a PS4 copy provided by Well Bred Rhino.

Fun puzzle game that could use some extra bells and whistles

Poi Will Be Released Tomorrow On PlayStation 4