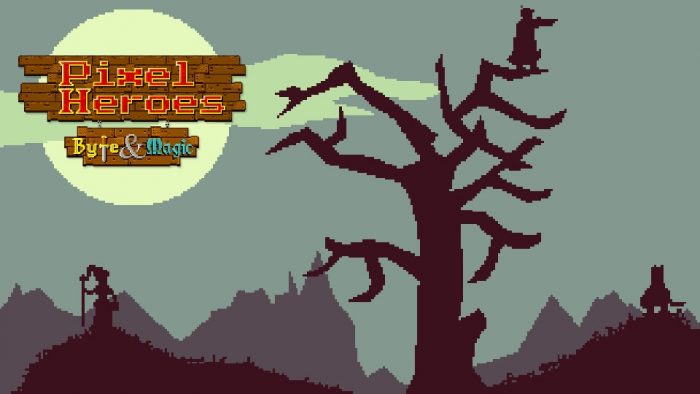 The game offers three different campaigns based on difficulty: Hard, Brutal and Insane. Only insane players should ever attempt the Insane campaign due to the game’s roguelike nature. The challenge is dialed up to 11 for Insane, so if you’re not careful you’ll be dead in a blink!

Once you begin your adventure with Pixel Heroes: Byte & Magic you will be in the tavern where you can choose your party to go dungeon crawling. Be mindful if you are a trophy hunter, as there are race and very specific trophies involving all dwarf or all human parties, so there is plenty of replayability for this one if you want to get all trophies! 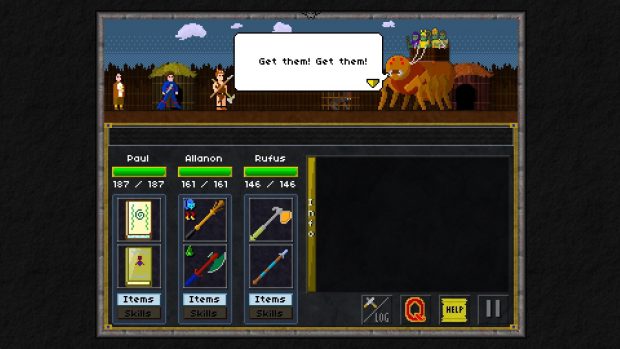 Once you have selected your crew, you will encounter a weird character that tells you the end of the world is near, so you set off on a quest to figure out what is going on. While doing so, you can complete quests for people who are in need of your help – important stuff, but not “end of the world important,” right?

When you start a run, a map will cover your screen, and your movement is dotted across the map in red. You will visit areas with NPCs on your way to a dungeon. These pit stop scenes are full of comedy, giving you various choices depending on the NPC you find. You can do bad or good deeds or simply ignore them and move on to the dungeon. There are opportunities to use these scenes to level up your party. There is also an opportunity to gain handsome rewards depending on the choices you make. 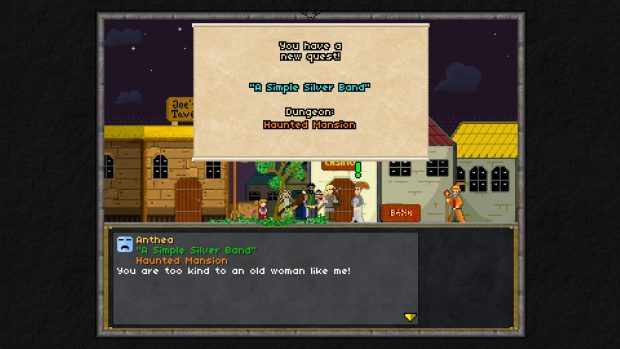 Gameplay is rather interesting. You move your characters with the L1 and R1 buttons, which is highly unusual and does take a bit to get used to. But it doesn’t ruin the game at all. As for interaction with NPC during the game, it’s all based on button presses. Boxes of texts will appear below the scenario and based on what the NPC says you will select your reply by pressing the corresponding button.

Once a quest is accepted, you can move on with it by hitting pressing the GO button on the right side of the screen. You can, of course, choose to continue exploring the town since you might find something of use at the tavern, casino, temple or blacksmith. The temple is particularly useful since, if you have enough money, you will be able to revive your allies. As long as one party member remains alive, you will be able to continue with your quest. But once you hit a game over, you have to start from scratch, as is to be expected from a roguelike. 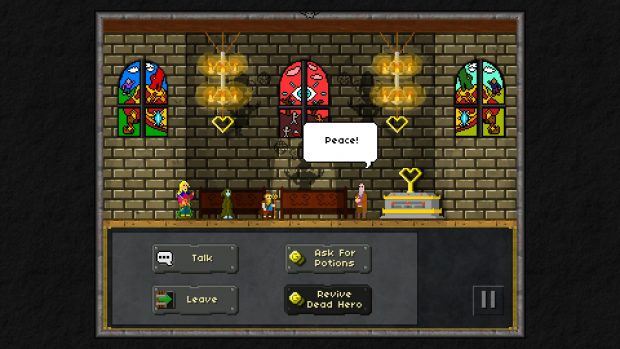 In a dungeon, which will look like a map with a series of joined numbered squares, the final room will have a picture of the boss you will fight at the end of it. The enemies you fight include everything from snakes, ghosts, and wraiths, to name a few. After you complete each room, you are given the opportunity to rest and heal yourself as well as to make changes to your equipment. I would advise you do this every time you complete a room since you’ll level up as you go and find valuable loot. Each boss at the end of a dungeon is very challenging, so you want to be properly protected and equipped to have a chance to survive a boss fight.

Combat is turn-based. Each member of the party has two weapon slots, and you simply click on the weapon you want to use. You can also use spells or healing books in one of the weapon slots as you can’t use potions during combat. I would recommend having at least one party member equipped with a healing book, or you might regret it! 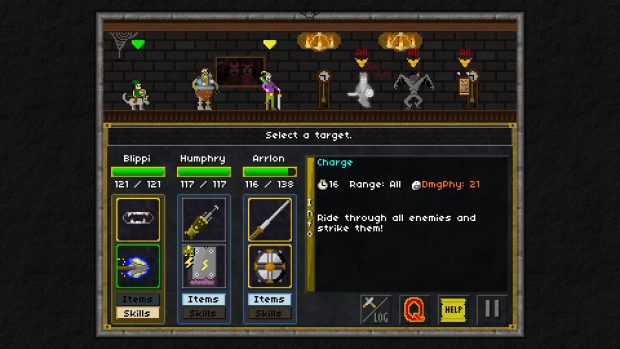 The game does have some flaws. Looting is a core part of the game, yet your inventory only has 20 spaces – they will fill up in minutes, which is very frustrating. There is no ‘stash’ feature and no ability to return to town to sell your overloaded inventory. So you are basically forced to throw away stuff. This is far from ideal in game where you loot a ton of stuff pretty much every step of the way.

That’s the one complaint I have for the game. If you can get past that you will find a decent dungeon crawler with a ton of content. If you’re aiming for the Platinum trophy, you’ll need to lose 100 times, revive fallen heroes, finish the adventure with every single hero in the game, complete the game with an all-human party, with an all-dwarf party, etc. Oh, and you also need to complete a run without any of the heroes dying, so good luck with that! 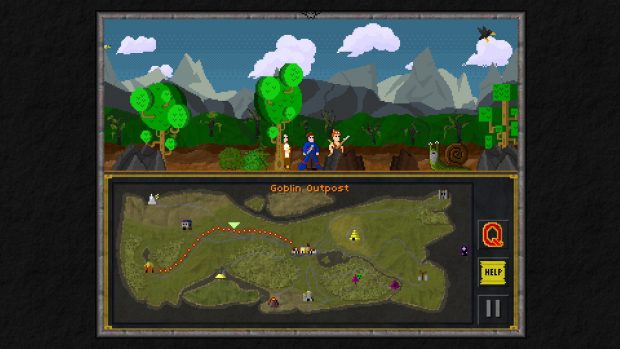 Disclaimer
This Pixel Heroes: Byte & Magic review is based on a PS4 copy provided by Headup Games.