SmuggleCraft from Happy Badger Studio is a hovercraft racing game with some roguelike elements thrown in for good measure. And yes, as the name suggests, there is some smuggling involved. Want to learn more? Then read our SmuggleCraft review!

The first thing youâ€™ll be able to do in SmuggleCraft is select if you want to play in Easy or in Roguelike difficulty. For Easy, when you die you fail your current quest and will be sent back to quest select. On the other hand, when playing in Roguelike dying restarts the game and resets your story progress, but youâ€™ll at least get to keep the parts youâ€™ve crafted for your vehicle â€“ more on that last part in a bit.

You play as Ferre Astrea, a young smuggler who must do everything she can to stay one step ahead of the Skolos who are after her. Since she has crashed her hovercraft during a smuggling run, it is time to start all over again and take on contracts one at a time to be able to upgrade her hovercraft and pay her debtâ€¦ before life catches up to her. 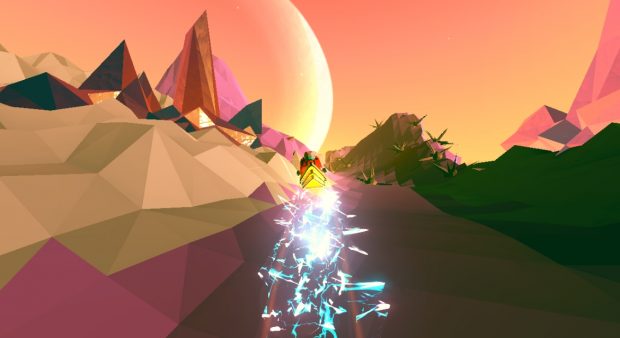 Even though you follow an overall storyline, levels in the game are procedurally generated from more than 150 potential track pieces. This means that no two runs are ever the same, which greatly adds to the replay value of the game. Youâ€™ll explore dangerous sandstorm packed areas, caves and more, so youâ€™ll always be on high alert!
As you begin the game, you will get to interact with Garmuk Exto, a kind and humble individual who wants to help you by giving you the money you need to buy a new hovercraft. All you need to do is pay back the money and do a favor or two every now and then. You know, the usual. Since you donâ€™t have much of a choice, you end up taking Garmuk up on his offer, and off you go. That is, after you complete the tutorial â€“ or skip it if you think you got this. 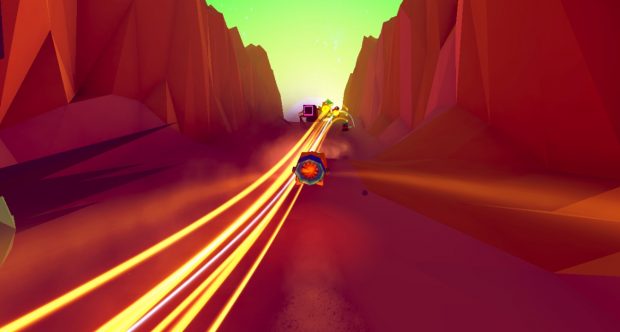 As for the gameâ€™s controls, you charge your energy by holding down the X or R2 button to boost your way into action. You then steer with the left analog stick and try to stay away from danger. You can use the right analog stick or the L1 and R1 buttons to strafe left and right, respectively. If you need to break, you can press the Circle button â€“ this is important in case youâ€™re about to crash. Why? Because you only have a set number of shield charges to protect you from a hit before you start to take damage â€“ hit too many walls or hazards and youâ€™re gone.

As you take on quests ofâ€¦ dubious legality, youâ€™ll start to earn some much needed money to repay your debt. As long as you have enough money to make your next payment, youâ€™re good to go. And if you find yourself with some extra money, perhaps it would be best if you used it purchase some upgrades for your hovercraft. If youâ€™re good enough, you might even get a tip during a quest and earn more money as well as crafting materials.

Once you have enough parts, youâ€™ll be able to craft ship parts to improve your hovercraft. For each ship upgrade, youâ€™ll need the required materials or credits to be able to build it. As you try to build parts, you should pay attention to what type of boost youâ€™ll get from each part. You might get an increase to one of five stats: max energy, aero, stealth, durability and shield slots. As for your ship, you can craft a new body, a cockpit, a nose, an engine, stabilizers and even peripherals if you have enough money and parts. Sky is the limit when youâ€™re a great smuggler in high demand! 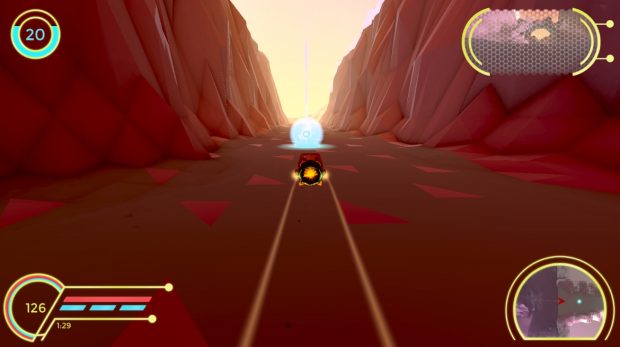 There is a considerable learning curve for the game, even more so if you decide to play in Roguelike difficulty. The way the hovercraft is controlled and how it behaves out on the field is a bit too floaty at first, so youâ€™ll need to take this into consideration as you try to win a race or two. Without the money and crafting parts you can get as a reward for winning/delivering the cargo, youâ€™ll have a hard time completing more than a handful of the available quests.

Trophy hunters are going to love the fact that SmuggleCraft includes a Platinum trophyâ€¦ but thatâ€™s not even the best news! The game only has 12 trophies in total, including the aforementioned Platinum, and you know what that means: all trophies in the game are Gold! As for example of the trophies, there is one for betraying Auros 10 times, one for betraying the Laborers 10 times, and another one for crafting 20 ship parts. Itâ€™s a nice list that will keep you going for a bit, especially if you play in Roguelike. 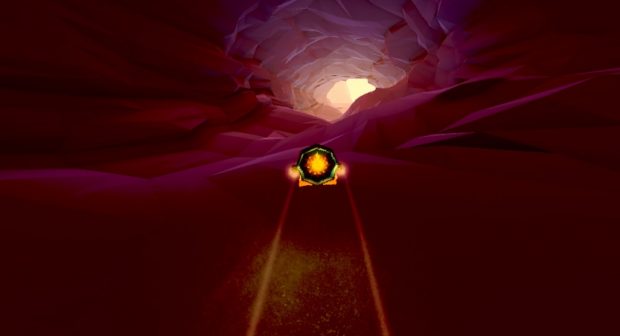 SmuggleCraft is an interesting but flawed release that could use a patch or two to rebalance things. Controls are a bit too floaty and the AI is too aggressive even on missions that the game itself says are Easy and Legal. If illegal activities with a high difficulty rating are packed with other smugglers out to get your cargo, then easy and legal operations should not have the same actual difficulty during gameplay.

Sure, if you can manage to run a handful of high-paying gigs you could have enough money and parts to upgrade your hovercraft so that you can take the heat, but that is only if you get a good group of quests where the AI doesnâ€™t try to murder you as soon as you start boost. There is a good foundation here that can certainly be improved by the team, so I look forward to seeing what they can do with subsequent updates.

Disclaimer
This SmuggleCraft review is based on a PS4 copy provided by Happy Badger Studio.

Could use some improvements here and there