Dark Rose Valkyrie is a new Japanese-RPG from Idea Factory International on PlayStation 4, and it was developed by Compile Heart. In Dark Rose Valkyrie, you’ll be following ACID, the Anti-Chimera Interception Division, which is a military division aiming to destroy the Chimeras, humans that changed to monsters due to a virus. Learn more in our Dark Rose Valkyrie review!

This is a double review for Dark Rose Valkyrie on PlayStation 4 by EdEN and Ceidz. This review presents what they both had to say.

In Dark Rose Valkyrie you are tasked with, as usual, saving the world form a looming threat. After a massive outbreak in 1929, people started to be turned into inhuman beings know as Chimera. This is caused by a virus that was on board of a meteorite that crashed into earth many years ago. The outbreak was so bad, that it ended up wiping out 3% of the entire world’s population! Knowing this could be extremely dangerous for its nation, Japan decided to close its borders and created ACID (Anti-Chimera Interception Division) to destroy the Chimera that still remained in the country. You’ll be in control of Special Force Valkyrie, an elite team which will set out to eradicate the Chimera once and for all! 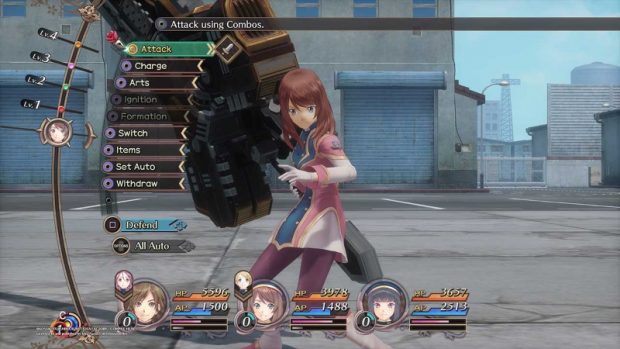 The game’s battles have a simple goal: defeat all of your enemies by lowering their hit points to zero. As you enter a fight, you will need to select from the available battle commands to be able to attack. You’ll need to keep a close eye on the Tactical Wait Gauge on the left side of the screen to know who is almost ready to take action. Speed is one of the most important stats in the game since it will directly affect how fast you can take your turn in battle. For attacks, you can select its attack level, which will, in turn, establish how soon a character attacks – the higher the attack power, the longer it will take for a character to activate it.

If you feel that a fight is going too slow, you can press and hold the R1 button to speed up the movement of the gauge. There is no bonus or penalty for speeding up a battle, so I’d suggest you use it all the time to considerably cut down on the time you spend in a fight. 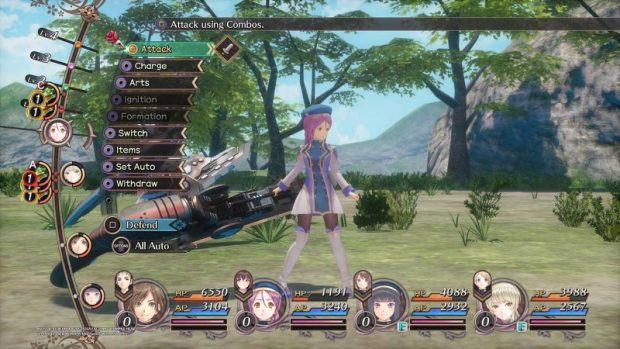 When you’re not out in a dungeon, you’ll be back at the academy where you’ll be able to select between each of the building’s areas to explore or to move the story along with an event or two. Events are marked as icons with an exclamation point on top of it, so you’ll know which is which. The more you interact with other characters in each area, the more you’ll learn about your team and what is going on in the world.

This being a large JRPG, trophy hunters will get a chance to work their way through a long full trophy list with a Platinum at the end. It features a ton of Bronze trophies, with only a handful Silver and a few Gold trophies thrown in for good measure. Doing a single Platinum run is not impossible, but since you need to get the true ending while playing on Very Hard, you’ll either need to grind through a lot of battles, or purchase some of the DLC packs up for grabs in the PSN store. While there are several DLC pieces up for purchase, Idea Factory International has also given players several free DLC packs to provide a boost early on.

In Dark Rose Valkyrie, you are following Asahi shiramine and the members of the Raid Force. Usually, Compile Heart games feature an all-girl cast with a lone male hero, but in this case, your team is also supported by a male cast, which was a nice surprise since it’s kinda hidden at the beginning.

Then as you begin, you are greeted by the mandatory tutorials. I had an issue with those as they begin with very basic stuff. And when I mean basic, I mean that it goes as far as explaining that if a character’s HP goes to 0, he will be knocked out. Then as I continued to play in the few first dungeons, there were so many tutorials that once I literally lost track of the real objective of why I was in a specific dungeon. 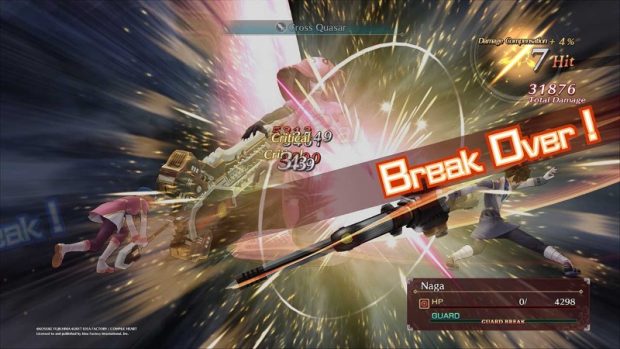 As for the presentation, most of the dialogue segments are static backgrounds with slightly animated images of the characters in the foreground, which was expected since it’s similar to previous Idea Factory releases, but while I didn’t mind that much, it might feel weird to newcomers. The level design of the different dungeons is also basic, but it works. One of the gripes I do have is that the graphics are bland and feel like they were picked from a PlayStation 3 release instead of looking like it’s a native PlayStation 4 game. This is a major issue because some gamers will pick up the game, play a few hours and shelve it back after seeing the graphics.

As I was playing, I noticed that most of my complaints in this game were the same I had for Omega Quintet, which I also reviewed on the PlayStation 4. I mentioned the time spent reading useless tutorials and the lengthy dialogue sequences which don’t advance the story in any meaningful way. 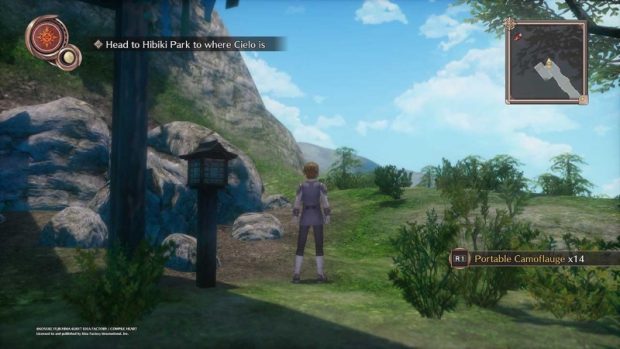 Final Thoughts
Dark Rose Valkyrie is not a bad JRPG, and it features good voice acting and a nice story. It’s graphics, however, might rub some people the wrong way since they are below what we know the PlayStation 4 can do. But if you’re a fan of Compile Heart and are looking for a new JRPG on PS4, you will definitely have fun with Dark Rose Valkyrie.

Disclaimer
This Dark Rose Valkyrie review is based on a PS4 copy provided by Idea Factory International.

Grindy JRPG with a few issues

Windjammers Coming To PS Vita And PS4 On August 29