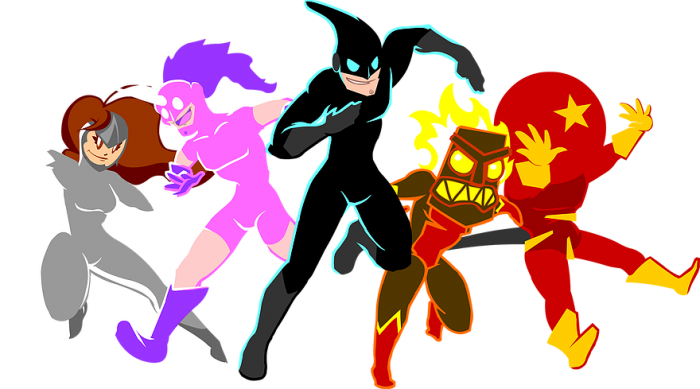 SpeedRunners is now available on PlayStation 4! This is a fast-paced multiplayer racing side scroller with a strong emphasis on multiplayer. Learn more in our SpeedRunners review!

The game, as you can tell from its name, is certainly aimed at the speedrunning community. SpeedRunners is a purely competitive game that you can play alone with AI bots or in local or online multiplayer. Sure, there is a single player mode, but the story is bland, and the developers clearly wanted to make the multiplayer portion of the game the big focus of this release.

Since this is a 2D release, you can’t see the entire map in SpeedRunners. Each level goes in a loop, with sections repeating until the match is over. Elimination is automatic, and the points system is simple and to the point. First place nets you three points, while coming in last nets you 1 point. If you’re eliminated, then you get zero points. 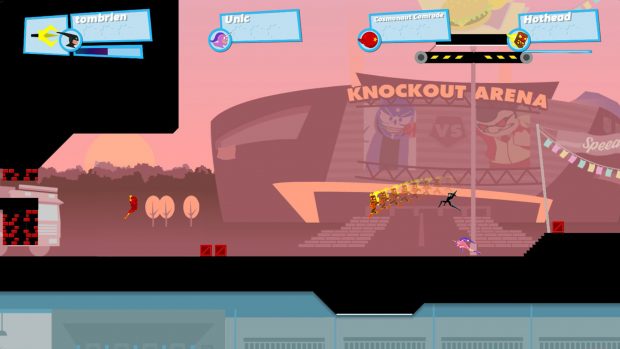 The single player portion of the game has 16 levels short levels that won’t take long to complete on the lower difficulties. Even in higher difficulty settings, it does not take long to complete them all. That is, unless you’re playing in Unfair – this is the highest difficulty setting from the lot. So if you’re looking for a considerable challenge, then you can give Unfair a go.

The game requires absolute precision, or you risk falling behind and being eliminated. If you leave the screen, you are automatically out of the race, so that’s a bad place to be. Do be mindful of the hazards and obstacles along the way that will hinder or make you lose your standing in the race. Make good use of your grappling hook and jump over high obstacles. Don’t do anything that will cause you to slow down, because one slip up is all it takes for you to be out for the count. 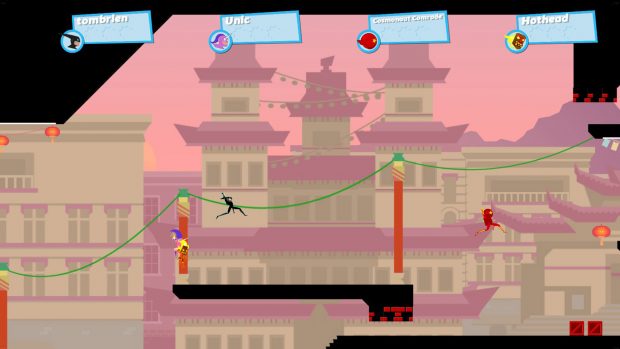 To win races, you need to memorize the level layout, and that may take a couple of tries depending on how good your memory is. The mechanics are simple to grasp since you can (obviously) run, but you can also jump, grapple and slide. It takes a great deal of skill to master going from one to the next in the more brutal difficulties, but practice and patience go a long way.

There are sections of a level that have a turbo boost which will give you an advantage, as long as your opponents don’t jump on the chance. You can also collect a variety of power-ups to help you disrupt the run of the other players. How about throwing a bomb and setting it off remotely at the right time? You can also do some nifty things with your grappling hook, such as boosting past your competition or grabbing an unsuspecting player. 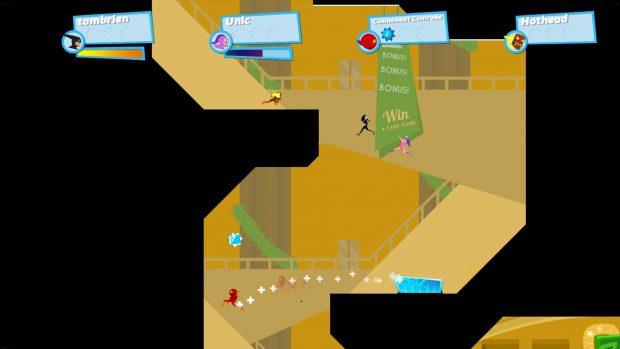 To stop games going on far too long, as time goes on the screen will get smaller and smaller, until the last person standing is on a podium! This was an interesting mechanic, but I think a couple of chequered flags and a lap timer would have been a lot better, as I have found myself wondering how long a race is going to be.

SpeedRunners has a short list of sixteen trophies, with fourteen Bronze trophies and four Silver trophies. It’s a varied list with objectives such as not touching the floor for fifteen seconds, beating all chapters in story mode, or shooting yourself with your own rocket.

While I will admit I’m not a fan of speedrunning games, I will say this game will definitely appeal to the speedrunning community because of the challenge, as well as to regular gamers alike. The game is certainly not for everyone, but there is a lot of fun to be had with this fast-paced and action packed release! 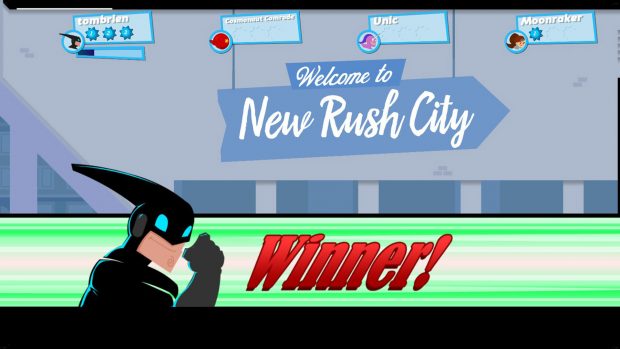 Disclaimer
This SpeedRunners review is based on a PS4 copy provided by tinyBuild.

Comet Crash 2 Is Coming To PlayStation 4 Next Month!