Beyond PlayStationGame ReviewsI And Me Review
No Comments

A perfect game to play in short burst or in a single go in which you control two cats at the same time to solve puzzles. Learn more in our I and Me review! 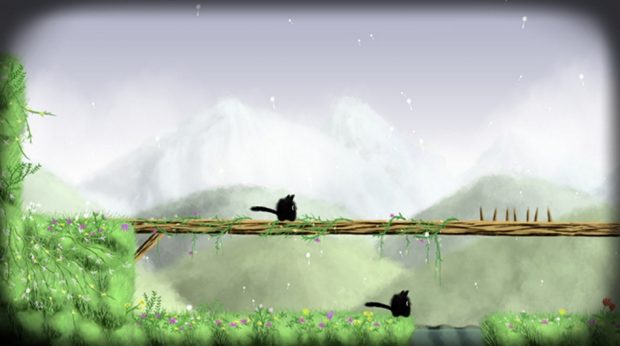 I And Me is a cute, charming and relaxing puzzle platformer. Gameplay is very straightforward since you control two cute spiky haired black cats at the same time as you try to get them to the two wooden frames which represent a level’s exit. However, it’s not going to be easy! Levels are split into the four seasons, and as progress, through the game, the levels will get more challenging, but they will never become frustrating.

The challenge the two cats the right amount of space between them for each scenario they face.You will need to think and use the environments around you to create a gap between the cats, or perhaps you’ll need to bring them together so that they can both avoid obstacles and hazards as you go. There are no penalties for making mistakes, so you are free to try different approaches until you find what is right. 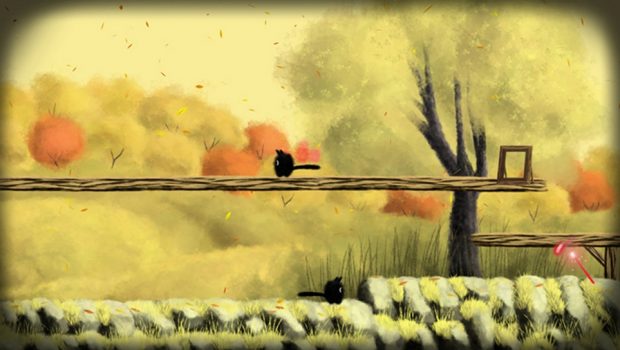 When you first boot up the game, the levels you face will feel a bit on the easy side, but this is because the game is easing you into the gameplay so that you can get the hang of things. The first 14 or so levels are the tutorial, and as soon as you go into level 15, you will start to notice a bump on the difficulty. You will begin to face more hazards, such as spikes that will kill you in one hit, or other creatures that will get in your way, such as hedgehogs and bees. Later on, new gameplay elements will be introduced, but I won’t spoil them here!

There is a handy feature for those of you who might get stuck since you can press the X button to check out a partial solution to your the level you’re currently playing. Sure, all stages can be completed on your own, but this option is certainly welcomed since it allows players of all skill levels to end up finishing the game. I And ME is a game that was designed for gamers of all ages and skill levels, which is why it is very easy to pick up and play. The controls are very minimalist since all you need to do is move the cats and jump. 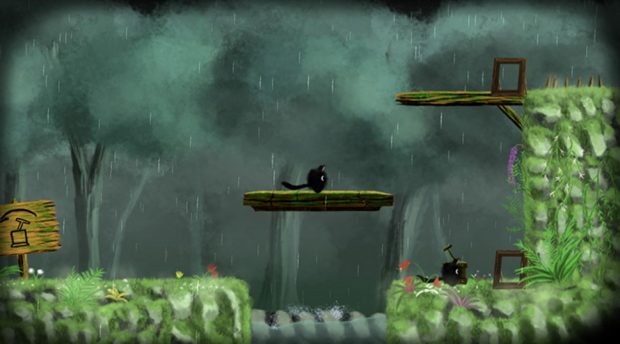 As an added challenge, I and ME has 20 scrolls which work as the game’s collectibles. Each one you collect will give you a glimpse of a snippet of the game’s story, which is a clever way of encouraging players to seek them out. You’ll need to grab a scroll before you complete a level, which means that if you grab it and are defeated before reaching the exit, you’ll need to grab it again or it won’t be saved to your collection.

I And ME is a perfect fit for the Nintendo Switch since it’s easy to pick up and play and it is very fun on the TV, on the console’s handheld mode or in tabletop mode. It’s not a very long game, but it’s definitely a fun one from start to finish, so be sure to pick it up! 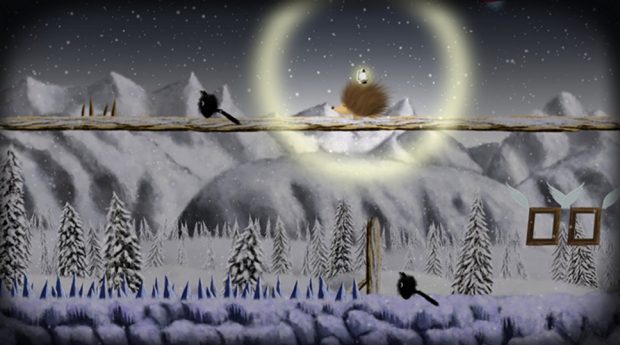 Disclaimer
This I and Me review is based on a Nintendo Switch copy provided by Ratalaika Games.

ChromaGun Will Be Out On PlayStation 4 On August 22