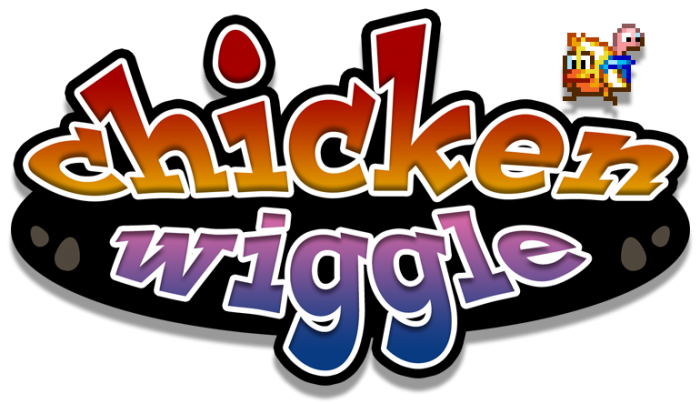 Chicken Wiggle from Atooi is a colorful platformer on the Nintendo 3DS. Read our Chicken Wiggle review to learn more about this fun game!

The game’s first scene shows us how a bad witch has kidnapped several of your friends. The witch then pogo jumps on some apples to escape, sending one of them flying towards the ground. This apple is important since out of it pops a worm who will become your companion in this adventure! You’ll then start the short tutorial section of the game in which you’ll learn the basics – as per the engraved images on the giant vine you’ll climb. You move around with either the analog stick or the D-Pad and jump with the B button. Pressing the Y button will stretch your wormy companion in the direction you’re facing, and if you happen to hit a solid surface, you’ll be dragged towards it – he will also help you by stunning any enemies it hits. The A button is used for pecking with your mighty beak, which will help you break blocks or to defeat enemies. 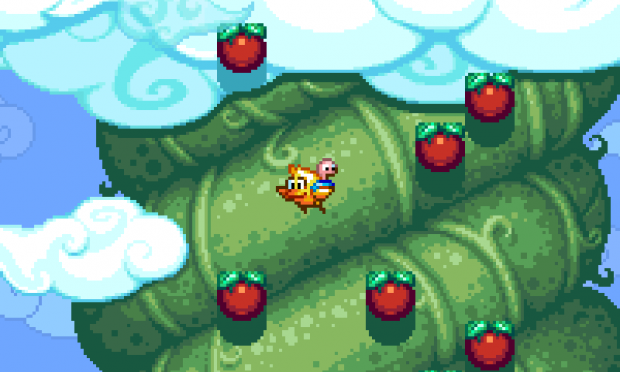 After this, you’ll enter the first level in the game. In each level, you obviously have to reach the end, where you’ll rescue one of your friends, but there are also some extra objectives on top of this. You can also grab the 100 diamonds you’ll find in the level, as well as the letters F U N. The second level introduces the Hero Mask which will allow you to fly anywhere you want by flapping your wings with the B button. The third level introduces a button with an arrow which you can peck to make all destructible blocks reappear – this comes in handy when you destroy a block you need.

As you explore each level, you will run into enemies and hazards that would love to end your run. One hit is all it takes to defeat the dynamic duo, so you should always stun enemies or else risk being hurt from getting too close. Spikes are to be avoided at all cost since they’re usually placed in spots you need to travel through – one false move and you’re done. Luckily there is one checkpoint per level which you can activate to respawn there if you are defeated, and seasoned players who want to bump up the difficulty can deactivate checkpoints from the options menu.

You’ll run into ghosts, invisible blocks that have an outline that materializes when you touch said blocks, blocks with numbers which state the number of times you can step on them before they explode, creepy floaty eyes, bats, spikes, hot air balloons (basket and all), spikes on a stick which pokes out of a pipe real fast, speed shoes that allow you to run faster and jump over longer gaps, blocks that appear and disappear with every jump you make, and more! 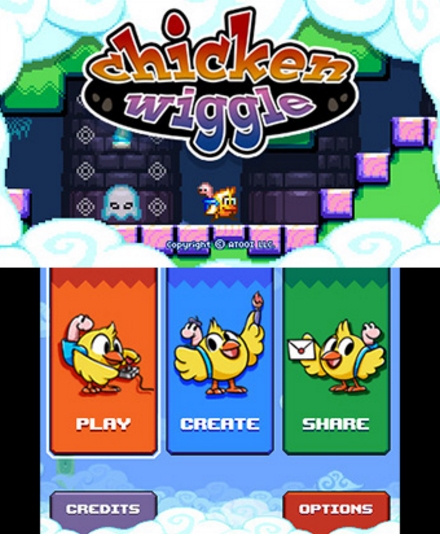 And once you’re done with the main campaign you’ll realize that the fun does not stop there! The game also includes a robust level editor for you to play with so that you can build a ton of custom levels for the world to enjoy! While playing a level requires the D-Pad/Analog stick and buttons, the editor requires that you use the stylus since the interface is completely touch based – except for being able to move the camera around with the D-Pad or analog stick (although there is also a tool icon for that). There are a couple of rules to keep in mind when creating a level: you must give it a name to be allowed to share it, and you will only be able to share it when you manage to beat your own level after collecting all diamonds and the F-U-N- letters. You will then be able to select the gameplay rules (rescue friend, grab the loot, remove enemies, lock and key, take me home or destroy block), the art theme (out of the ten available options), write down tips and hints for other players, and enter search tags before you begin to actually design the game. 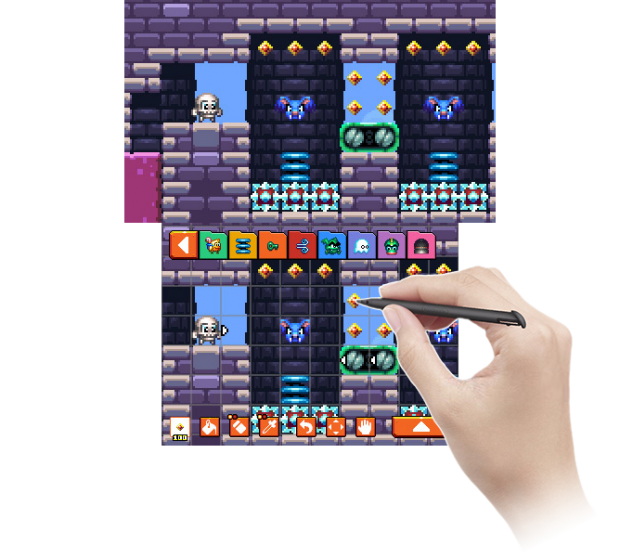 After that, you’ll enter the editor. The icon on the upper left will allow you to place platforms, diamonds, the F-U-N letters, checkpoints, a friend to rescue, hidden paths, breakable blocks, power-ups, spikes, rings, terrain, timer blocks, hot air balloons, keys and doors, wind currents, and all types of enemies (even ghosts!). If it’s in the main campaign, then you can place it on the levels you create. Once you’re done, save your creation and give it a go to make sure that it can be completed. 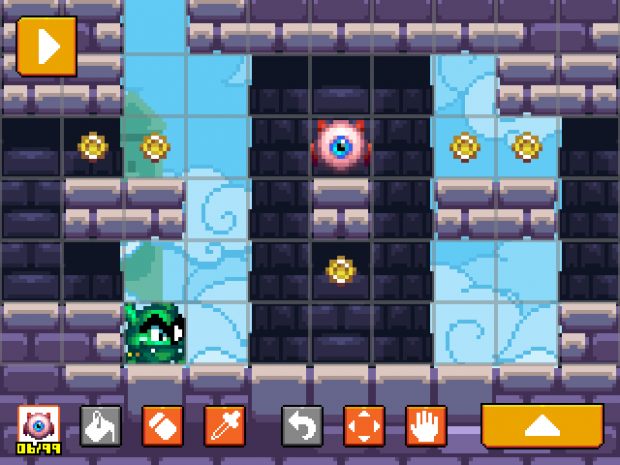 And even if you’re not in the mood for creating new levels you can also click on the share icon on the main menu of the game to check out the hundreds of levels currently available in the cloud from all the players who are taking the game out for a spin – as well as new levels from Atooi itself! You can filter levels with the available categories for most popular levels, official Atooi levels, most played levels, favorites from Atooi, levels you’ve marked as favorite, etc. There’s already a lot of content available in the share section, and the selection of stages continues to grow every day, giving this game a ton of replay value.

Chicken Wiggle offers a lot of bang for your buck. It’s priced at $14.99 for a set of levels that all players will play in the campaign, as well as the level editor, and the ability to download and play levels created by other players and by members of Atooi. There are already several levels available with a list that continues to grow every day, so you could very well still be playing the game for months to come! The game itself is fun with some interesting gameplay mechanics and power-ups, giving us a polished portable platformer.

Disclaimer
This Chicken Wiggle review is based on a Nintendo 3DS copy provided by Atooi.

Obduction Releasing For PlayStation 4 On August 29 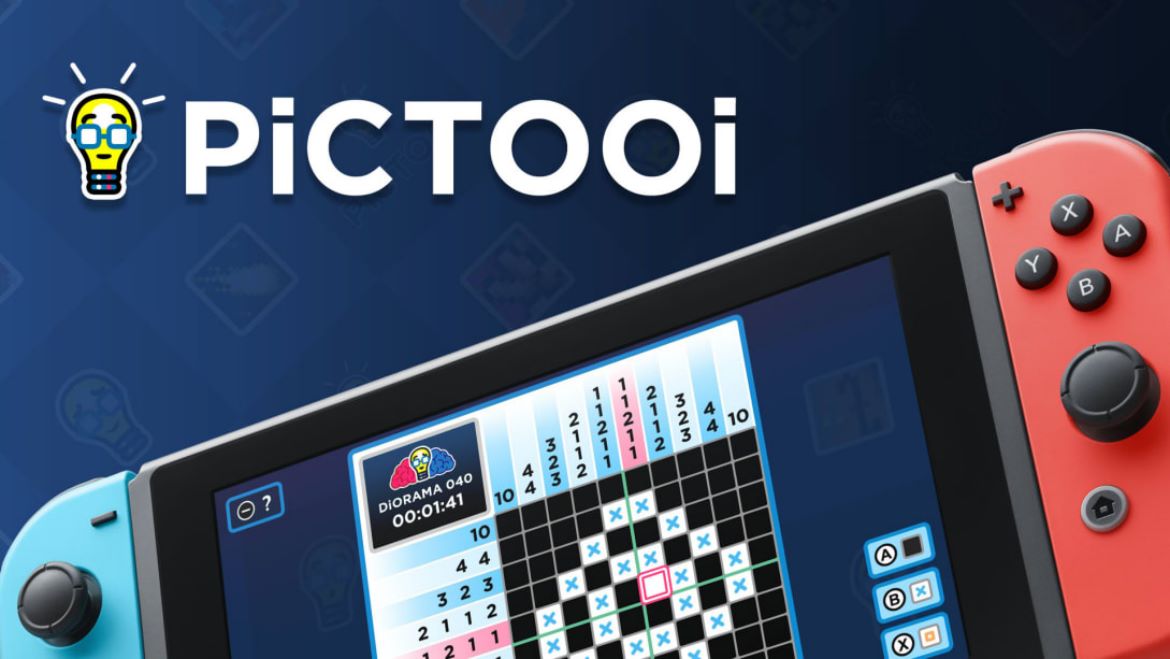