Idea Factory International has announced it will be releasing Mary Skelter: Nightmares on PlayStation Vita this September for both Europe and the US!

The game will first be available in North America on September 19 before being available in Europe on September 22. Both territories are getting the game as a digital and a physical release, and the cartridge is compatible with PlayStation TV. 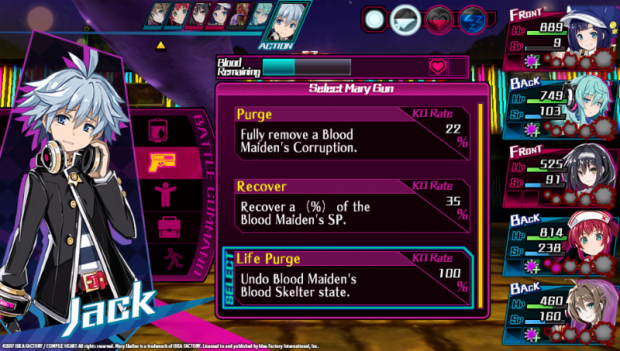 The Jail suddenly appeared a number of years ago, sinking the city deep into the ground. There, the Jail had power over eerie creatures called “Marchens.”

Within the prison was a boy named Jack – living a life of suffering, tortured day in and day out, in a world where all dreams, hopes, peace, and humanity had been lost for as long as the people could remember.

Then one day, amidst the darkness that prevailed, a girl who called herself a member of the Blood Team came and rescued Jack from the prison. This marked the beginning of fate – of Jack’s and the Blood Maidens’ escape from the Jail…

Jack and the Blood Team will face countless perils in regaining all that has been lost, to finally escape once and for all! 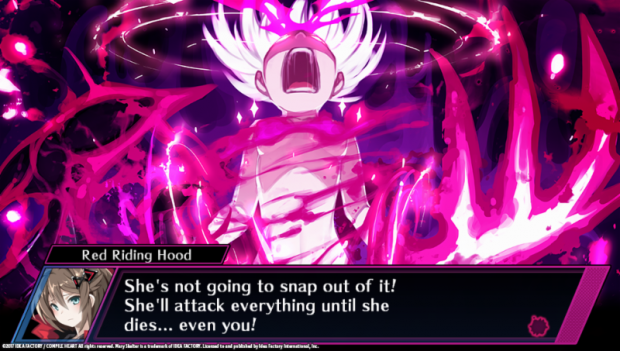 Walking Nightmares. The dungeon-crawling RPG genre gets a twist when special enemies can chase you through the dungeons! Lay traps to make your escape, or try to take them down!

Blood-drenched Transformations! Characters can transform with stronger stats and extra skills, but if they fight too much they may enter Blood Skelter Mode, where they go completely berserk!

Everyone’s got a Job. Strategize your dungeon battles by assigning different classes to your characters, unlocking new skills, stats, and character portraits! 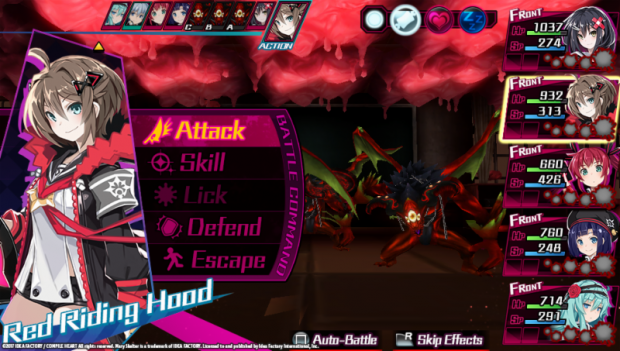 We’ll be working on a review for the game so be sure to stick around at PS3Blog.net for news and reviews for all Idea Factory International releases! 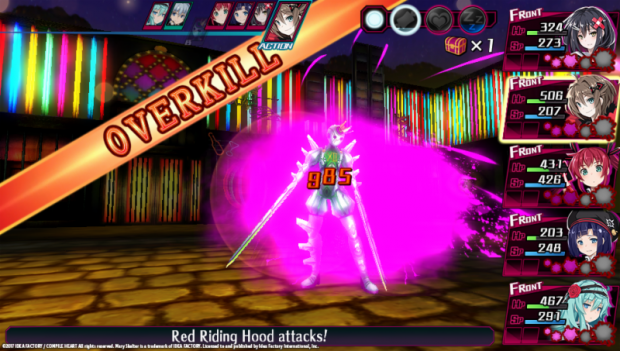