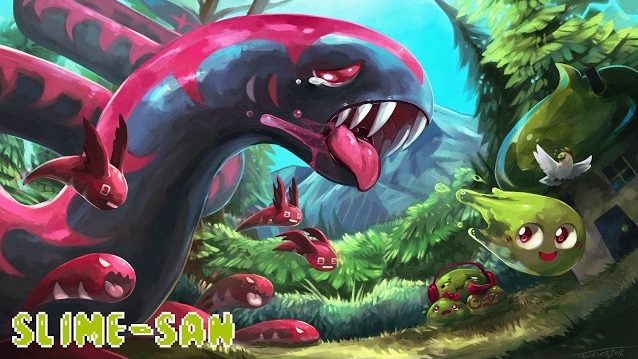 Slime-San is a five color new indie platformer on Nintendo Switch. Is it worth it? Read our Slime-San review to find out!

Slime-San is a very tough platformer that requires nerves of steel and the patience of a saint to play this deceptively cute platformer. Both are traits which I do not possess, but that didn’t stop me from giving this one a shot!

The cute retro style pixel graphics look great, but underneath that charming exterior is a tough as nails platformer that will continue to get even more difficult as you progress through its levels. If you’re someone who loves a challenge and who craves speedrun opportunities, then you’re going to love Slime-San! 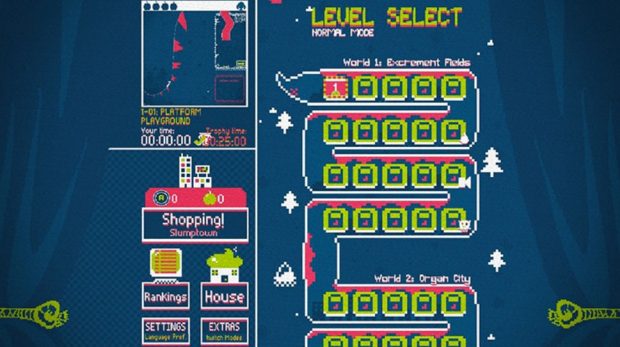 The story is about a tiny green slime which was going about his own business when a huge gigantic worm shows up and swallows him whole. Your job is to help the slime slide, jump and dash his way towards freedom. There are five worlds that offer a total of 100 levels. Each level is split into smaller sections that should take a few seconds to complete. At the end of each world you’ll run into a boss that will test your skills and make sure you’ve actually gotten better after playing the 19 levels leading up to it. 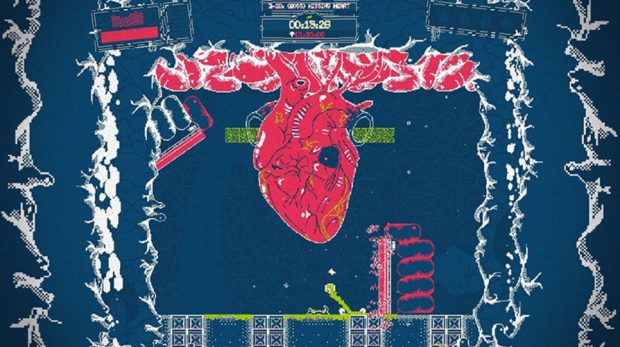 There are many traps in each area with hazards like spikes, bottomless pits, disappearing platforms, buzzsaws, and more, so you’ll need to pay attention to where you’re moving to and when you’re doing it. You also can’t go into any of the screen’s edges or else you will die and will have to restart that section. Trust me, you’re going to die a lot in this one! There is a lot of trial and error involved, and certain sections of the game require precise timing, but it never feels as if Slime-San is unfair. 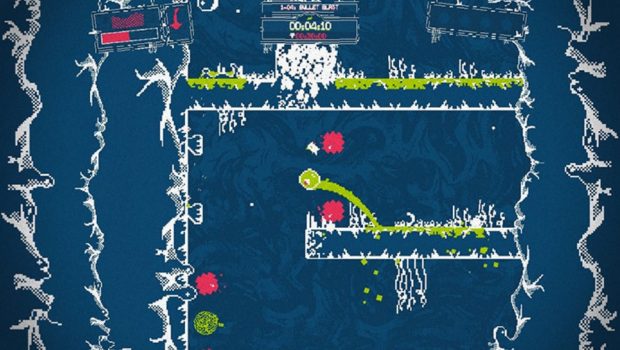 Slime-San is one resourceful slime, and he’ll make the most of his abilities to stay alive and work his way from the worm’s tail to its mouth. He can walk around, he can jump, and he can dash. You can also slow down time as you go through green things. Oh, and the slime can also wall jump, so when you mix all of these abilities together, you can imagine how fast-paced and hectic the action can be. And once you’ve mastered the super jump, you’ll be able to cut down some valuable seconds from each of your runs! 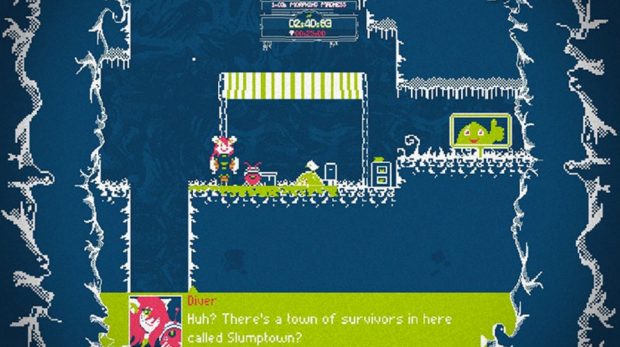 You can play Slime-San as a pure platformer, aiming to get to the exit in as few tries as possible. You can also be a bit of a completionist and collect all the apples dotted around each of the four areas of a level… or you can go full completionist and also aim at getting the speedrun trophy for every single level in the game. 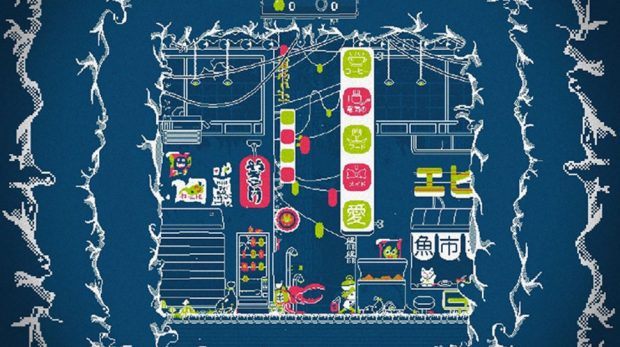 Overall, Slime-San is a very challenging game that will test player’s skills in full. You’ll need a lot of patience for this one if you want to 100% it, but it’s definitely worth the effort since this is a polished release with charming pixel graphics and more than enough content to offer for its asking price. I’m not a fan of hardcore platformers, but this one certainly showed me why some players really like them! I look forward to seeing what Fabraz and Headup Games do after this outstanding release!

Disclaimer
This Slime-San reviews is based on a Nintendo Switch copy provided by Headup Games.