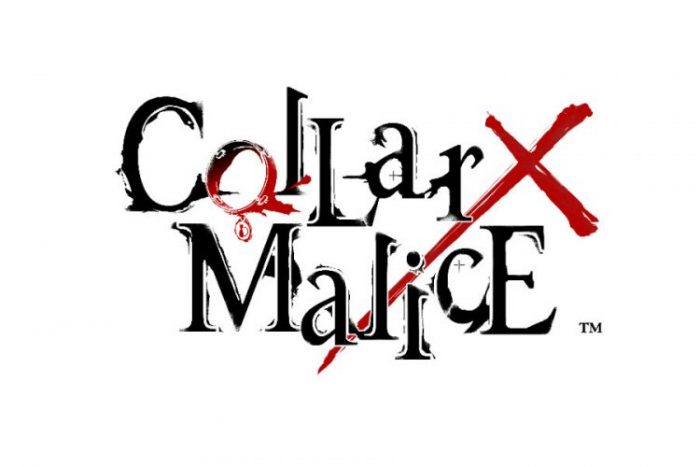 X-Day is approaching. An evil group is looking to purge Japan. Shinjuku has been boarded off to keep the chaos contained, and you are an officer who has been caught in the web of an evil terrorist group. Check out our Collar X Malice review to learn more!

A dangerous shadow organization launches a campaign of fear and violence in the city of Shinjuku, pushing society to the brink of chaos. As a young police officer tasked with restoring order, you become the target of an attack and have a poisonous collar attached to your neck. With the situation spiraling out of control and time running out, five mysterious strangers appear to aid you in your quest for the truth.

Collar X Malice is a new visual novel from Idea Factory that has been released in North America thanks to Aksys Games. It is of the Otome genre, which tends to be directed at female gamers due to its focus on romance. But fear not as there is a solid mystery in the game as well as some scares here and there that will keep you interested no matter your genre!

You play as Ichika Hoshino, a police who happens to be one of the honest cops. An evil terrorist group named Adonis has started killing in Tokyo, warning that X-Day is coming – once it hits, chaos and devastation will be the norm. Each month another murder takes place, with the terrorist group taking ownership of it and leaving a coin with a countdown on it. Due to this Shinjuku is quarantined from the rest of Tokyo, thus bringing us to the start of this story. 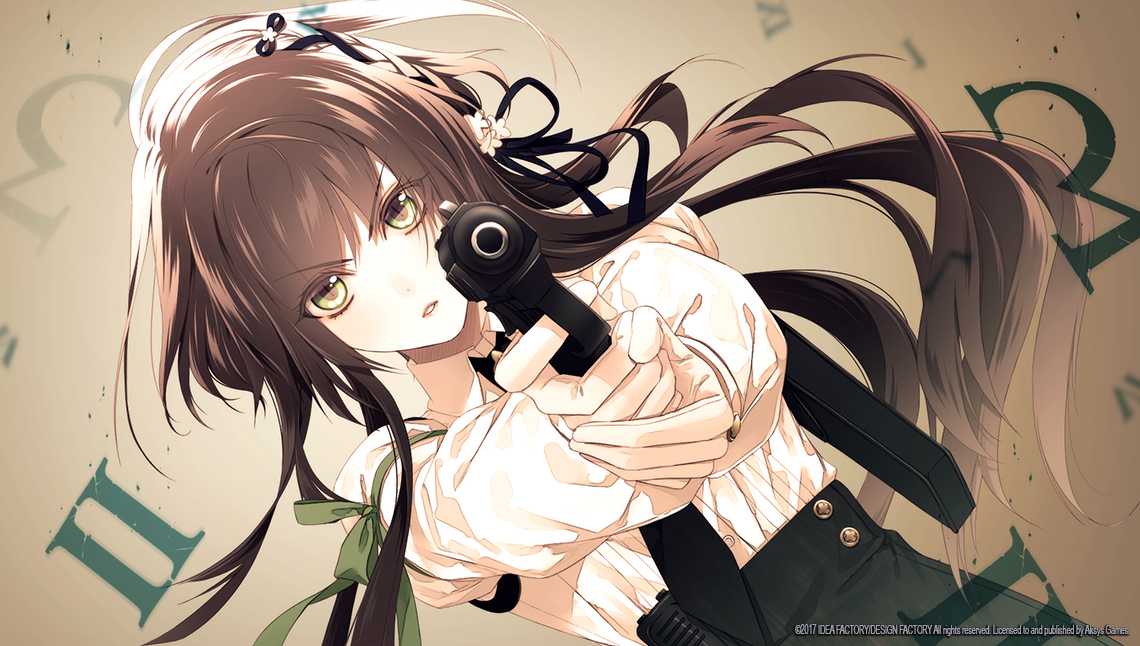 Unfortunately, Hoshino gets caught up in the web of this terrorist group. She is kidnapped and wakes up in a church with a collar around her neck. She finds out the collar has a poison in it and she is given strict instructions about how to stay alive, including not telling the police. As this game is all is about the story, I don’t want to end up spoiling any other details, but I do want to say it’s a story definitely worth exploring on your own.

As you play the game, you will be introduced to several suitors that you can be romantically involved with. However, death is around every corner, and you really have to be careful about the choices you make. You’ll need to look for clues to help you proceed further into the game’s story so that you don’t make a mistake. Also, if it wasn’t clear before, be sure to not tell the cops about the collar! 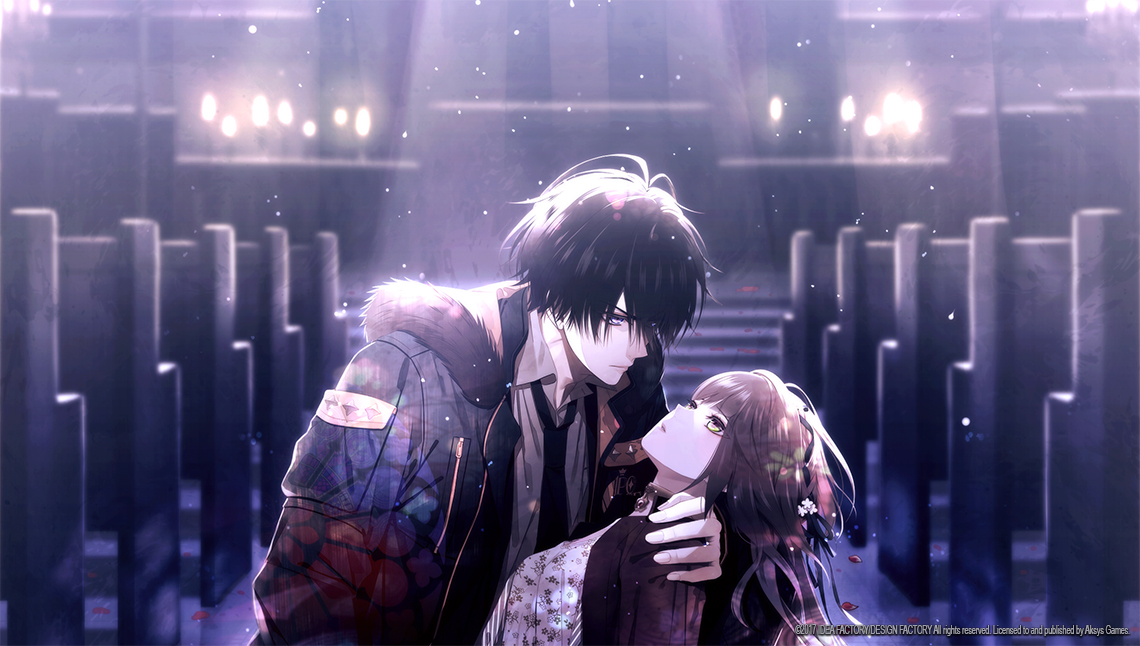 The game is made up of some beautiful illustrations that do a great job at immersing players into the game’s story. Each still in the game is hand-drawn and of great quality. What I really like about the art is how different and unique each of the characters feels while playing the game. As you have to choose between them to find your suitor, it made the game more interesting.

This one has a platinum trophy along with five Golds, 4 Silver and a ton of Bronze trophies, for a total of thirty-seven trophies. To get the Platinum trophy in the game, you will need to play to every ending, including all of the bad ones. It can take a while to do all this, but you’ll be able to get the full picture and really understand the story. 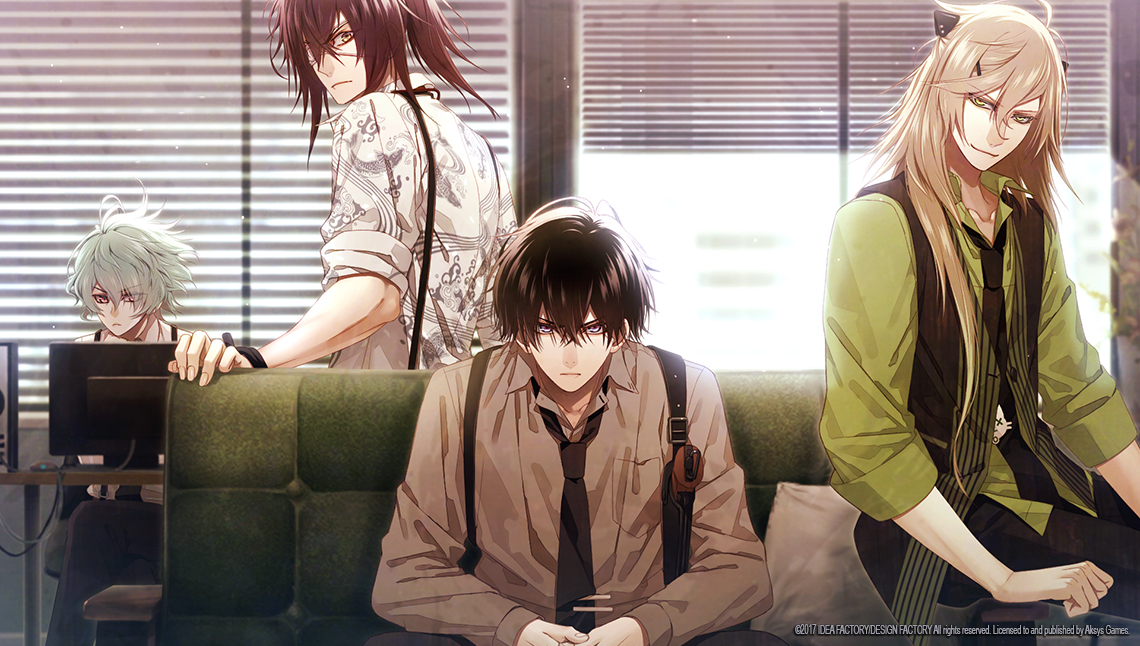 Collar X Malice is an interesting game. I have played visual novels before, such as those from the Zero Escape and Danganronpa series, but this is the first one that I’ve played in the Otome genre in which the focus is on romance as the leading narrative. I liked the story, and I think the elements of mystery, deceit, and horror really make it shine. I ended up really liking the characters, and the story really paid off in the end as it kept me guesing from start to finish.


This Collar X Malice review is based on PS Vita copies provided by Aksys Games.

Mages of Mystralia Out Today On PlayStation 4