The Four Most Anticipated Playstation Games Still To Come In 2017

2017 is fully in its second half, and we’ve been getting a lot of great releases, but there are several still to come before December is over. Will these releases match the quality of 2016’s Overwatch, Dishonored 2, Battlefield 1 and of course Witcher 3? There are still a few months to go, so let’s check out the games that everyone’s talking about just over the horizon.

The next game from the studio that gave us the unexpected 2015 hit Until Dawn is due just in time for Halloween, and early previews suggest that fans of psychological thrillers are in for another treat. All we can say for the storyline is that it involves homicide sleuth Becky Marnie and district attorney Felicity Graves (both playable) in a deeply dark pursuit of ‘The Trapper.’ It’s already looking amazing, but even more interesting is that the story is going to be partially led by game changing multiple choices during which observers can vote using their smartphones. This brings the game closer to an interactive movie-style game, and we’re bound to see more of them on PS4.

It’s already looking amazing, but even more interesting is that the story is going to be partially led by game changing multiple choices during which observers can vote using their smartphones. This is a great example of the interactive movie-style releases we’re going to see this year – exciting times indeed, and so far going to also be a PS4 exclusive.

Another year, another Madden, sure, but this one is following the trend of recent years by incorporating an immersive career mode called The Long Shot;. During this story, the
player takes on the role of Devin Wade (a perfect quarterback name if ever we heard one) taking on playing in high school, college and then, hopefully, the NFL. Expect the usual insane replayability of other story modes, and thanks to the Frostbite engine this one features absolutely stunning graphics with an A-list soundtrack with Kendrick Lamar, Imagine Dragons, and Snoop Dogg, to name a few.

Expect the usual insane replayability, and thanks to the Frostbite engine absolutely stunning graphics, with an A-list soundtrack featuring the likes of Kendrick Lamar, Imagine Dragons and Snoop Dogg accompanying the crash and cheers.

There’s a ton of stuff to do in this new edition of the game, making it possible for both casual and hardcore gamers to get their football on. And when you need a change of pace you might want to dive into some Free To Play (F2P) games on PlayStation 4 for some action, adventure or casino-style fun, or get that casino rush at www.royalvegascasino.com. 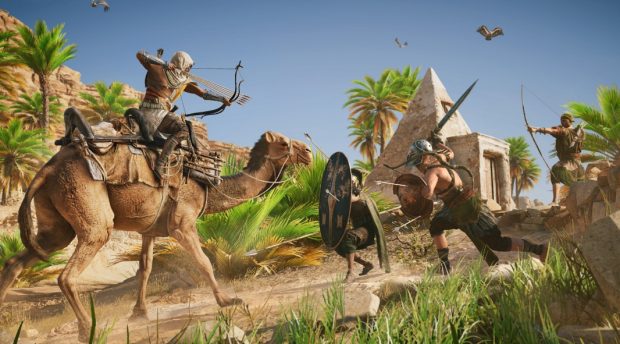 This latest installment of the Assassin’s Creed franchise has been in development for a long time (around three and a half years or so), and is set to take players to the deserts of ancient Egypt. From what little has been made available so far, it is set to maintain AC’s reputation for being consistently one of the most beautiful series ever made – but this year there’s an extra catch. Part of the reason for the epic development time has been playtesting what promises to be a revolutionary new free combat mode. Rather than the traditional slash and swipe animations, Ubisoft intends to place the player totally in control of a super-realistic 3D combat system. It sounds very interesting, and hopefully, it will change the series for the better. 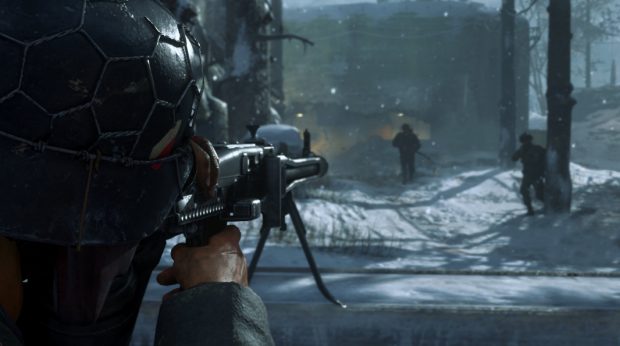 You can almost hear the collective sigh of relief from loyal fans of the CoD series who have been yearning for a return to the good old-fashioned, boots on the ground combat set in World War II. Activision has no doubt finally grown tired of being inundated with the many emails complaining about the last two releases, so expect this to be a reboot of the earlier versions of the series, bumped thanks to the power of the PS4 (and he PS4 Pro).

The only gameplay changes are the announcement of a hit the deck; mode whereby the player will dive for the nearest cover. Reading into this it’s a safe bet to suggest that implies a lot of thumping artillery barrages, air bombardments and, of course, those pesky Panzerfausts.

What do you think of these games? Are there any other you think should be added to the list? Let us know in the comments below!

We Happy Few Making Its Way To PS4 Next Year