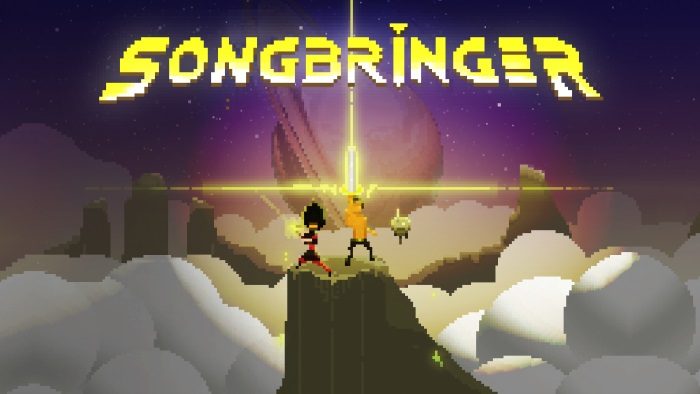 Songbringer is a procedurally generated The Legend of Zelda-esque release. Learn more about this interesting pixel release in our Songbringer review!

The developer went to Kickstarter and reached its goal and then some on May 13, 2015, releasing a Beta version of the game on Steam a few months later. More than a year and a few updates on the beta version later, everyone will get a chance to play the full version on PlayStation 4 next week.

If you missed our interview with the developer, you can check it out right here to learn more about the process for getting game to PS4.

This is a double review for Songbringer on PlayStation 4 by EdEN and Ceidz. This review presents what they both had to say.

Songbringer is the name of the interstellar ship that brought Roq, the main protagonist, and his pet robot Jib onto the planet you’ll get to explore. The game starts with the main character waking up right next to a cave (at least for the Seed I selected. As I walked into the cave, I found a nice surprise: a sword!It’s dangerous to go alone, right? A sword will certainly be useful for the journey ahead. 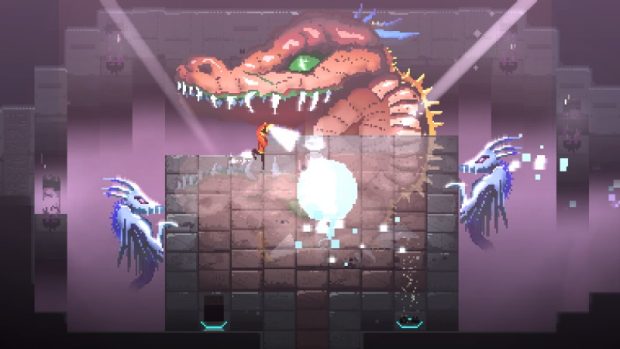 As you begin, you are invited to select a Seed (a six letter word), and this is tied to how the entire world and its dungeons are created. If you like the world you create and think it is something that others should play it, you can share your Seed, and other players will get to enjoy exactly the same world you’re playing. That’s something interesting that adds a nice twist on top of the procedurally generated nature of it all.

Something else I wanted to mention is that if you like to do your PlayStation 4 gaming with your PlayStation Vita, this one is very playable since it doesn’t the the L2 and R2 triggers much, so you can continue to play when your TV is not available thanks to the PS4 link feature.

I have mixed feelings about Songbringer as a whole. It’s a fun release with a lot of dungeons to clear and a ton of areas to explore, but I thought that the presentation was lacking, even taking into factor that this is a procedurally generated type of release. The pixel graphics were great, but the lighting and shadows clashed with what the whole look.

The game does give me The Legend of Zelda vibes here and there. Songbringer has a great overworld to explore and nice variety of bosses to defeat, but I thought the level design could have been tighter. This is to be expected due to the “randomization” element in the overall design, but it made me feel lost in some of the dungeons since they didn’t feel handcrafted, giving some of them a confusing layout. 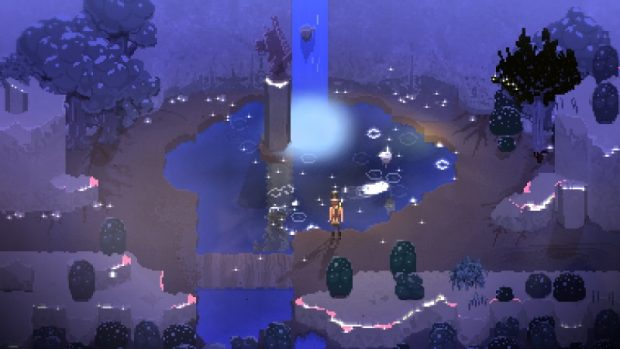 The other thing that didn’t click with me is the music in Songbringer. The Legend of Zelda: A Link To The Past has some of the best music in gaming history (I particularly love this Smooth McGroove Overworld Theme acapella rendition), but the music in Songbringer dindn’t make me want to go out adventuring or made me feel as if I was in an epic quest.

Something else to consider is that in Songbringer you’ll end up dying. Like a lot. And I mean a lot. The enemies are tough, and there are always plenty of them in each dungeon room. At least you can find health lying around quite commonly, but what happens too often is that after entering a room deep in a dungeon, a swarm of monsters will come running at you and you’ll end up dead. I found one room with 50 slimes casually sitting around, and they all charged at me once I stepped into the room. I managed to defeat half of them before ending up dead and having to restart from the dungeon’s entrance. 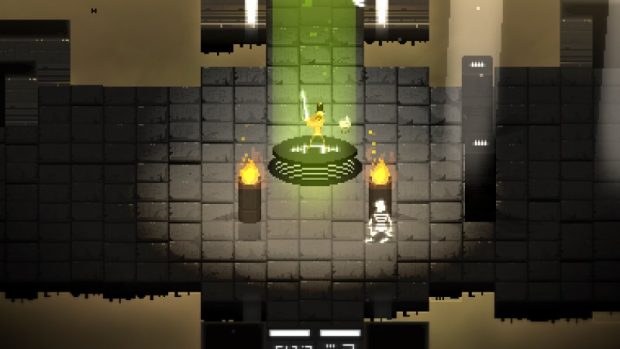 There’s a nice list of trophies for Songbringer but, as you can imagine, obtaining all of them will certainly test your skills in full due to the difficulty. And yes, this one also includes a Platinum trophy for you to aim for! The list has six Gold trophies, nine Silver trophies, and sixteen Bronze trophies.

Final Thoughts
Songbringer is one of those releases you’re either going to love or hate. We enjoyed its art style and the Seed function for creating worlds that all players can play if the code is shared, but the procedurally generated nature of the game means that not all dungeons are created equally. The game is not bad or boring, but the difficulty does seem to jump around a bit and you might feel overwhelmed in some of its fights. 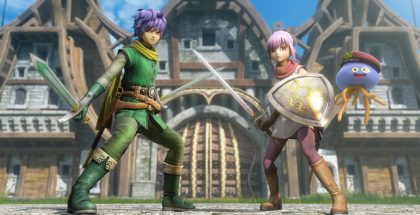