What happened to lone hero Rusty from SteamWorld Dig? Dorthy is on the hunt and willing to do anything to find Rusty. Check our review of SteamWorld Dig 2!

SteamWorld Dig 2 takes you on a platform mining adventure forged in Metroidvania flames. When an old trading town is struck by mysterious earthquakes, itâ€™s up to a lone steambot and her unlikely companion to uncover what trembling terrors lie beneath.

Combat dangerous enemies at every turn of the underworldâ€™s twisted paths, including shadowy creatures and the haunted remains of an ancient electrical threat.

Upgrade your gear to forge deeper into the earth and take on bigger challenges.

Swing across large chasms with your Hookshot and fly through caves with the Jet Engine!

And finally, learn the truth about your long lost friendâ€¦

I don’t know how much I can say I loved the original SteamWorld Dig, so here it goes again: I loved SteamWorld Dig! It was a unique game that scratched a particular itch, and I have been waiting for the sequel since I finished the game. Along the way, SteamWorld Heist was released, and while fun and great in its own way, I couldn’t wait until we got a proper SteamWorld Dig sequel. Thankfully that wait is over, and we have a pretty excellent game to talk about!

The sequel to SteamWorld Dig throws you into action almost immediately as Dorothy is looking for her friend Rusty (the main character of the first game). The first major difference I noticed immediately was the scale of the world from the left to the right. The previous entry scaled more vertically, so this is certainly a big change. The original SteamWorld Dig had some Metroidvania elements, but its sequel goes full out on the Metroidvania in style. 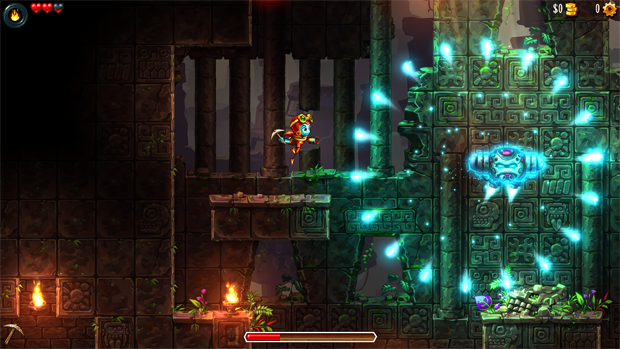 The gameplay loop from the original remains, for the most part, the same. Dig down, collect minerals and gems, and when your lamp, health, or water runs low, or you fill your backpack, you go back to surface. After that, you sell your gems, buy upgrades so that you can stay down below the surface for longer periods, then rinse and repeat. It was a very addictive gameplay loop the first time around, and thankfully that has remained intact on this title. This time though every time you purchase upgrades, you get a chance to alter properties the properties of said items. Want to do more melee damage? Then put the golden cogs you’ve found on your Pickaxe to deal more damage! Want to dig for longer perdios of time? Extend your lamps radius. Want to be more protected to reduce fall and melee damage? It’s your choice! This actually gives the game a bit of an RPG feel which I liked a lot.

There are some bigger upgrades as you play the game that grants Dorothy new powers such as better boots for running, pressure bombs, a hook shot and more. Once you start unlocking these, it becomes easier to navigate the. The game also has some quick pneumatic tubes that allow you to move around the map to different sections very quickly and then back to town to unload your loot. There are also some special artifacts hidden throughout the game and if you trade them you can unlock new blueprints for even better gear. 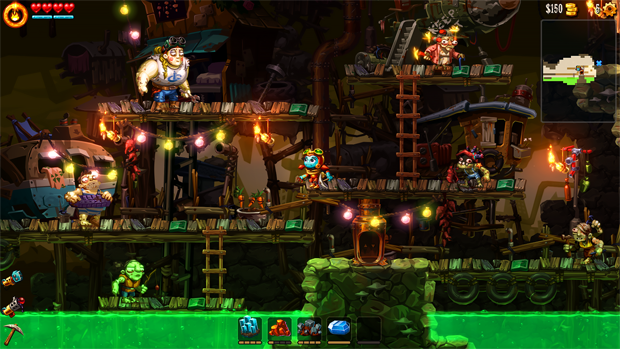 The game still has the SteamWorld art direction in place that I loved from the first game and from SteamWorld Heist, but it takes things even further with graphics that look even better than before. The world is also brighter and more colorful, which is hard to do when you are making a game amount mining through rock and dirt! Along with that, the game has excellent sound effects and tunes. As I was digging away, I found myself humming the songs, which is always a good sign.

Trophy hunters, rejoice: the game has 35 trophies including a Platinum trophy! It’s a good list with some difficult trophies that will keep some players busy as they try to get on the right path towards unlocking that Platinum trophy, but there’s a few for not dying and for speedrunning the game that will require more finesse and patience. Are you up to the challenge? 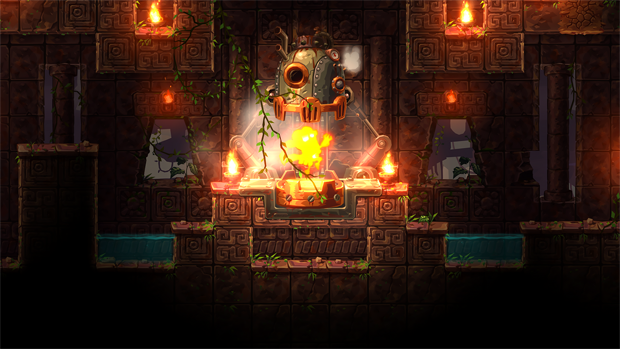 SteamWorld Dig 2 is an excellent successor to the original that greatly exceeds the excellent standards set by its prequel. This is exactly what I wanted for a sequel, and I can’t wait to see what the team at Image & Form has in store for the next SteamWorld game! Or perhaps they can give us some extra DLC for SteamWorld Dig 2?

JYDGE From 10tons Is Now Available On PlayStation 4