Hob from Runic Games is finally available on PlayStation 4. Is it worth the wait? Check out our Hob review and find out!

Find a puzzle or locked doorway, trace your steps back and solve the problem, or unlock it. This is, in a nutshell, what Hobâ€™s all about. At its very root, itâ€™s a game where even the most minor of progression feels like a huge achievement.

You start playing the game, as is often the case now with so many titles, with absolutely no idea of how to actually play. You navigate your way around the initial area thatâ€™s available to you, along with a huge stone golem-like creature guiding your way. You start with no way to defend yourself, but with the golemâ€™s guidance, you soon find yourself wielding a sword and will have a way to produce a shield to defend yourself from oncoming attacks from the baddies. 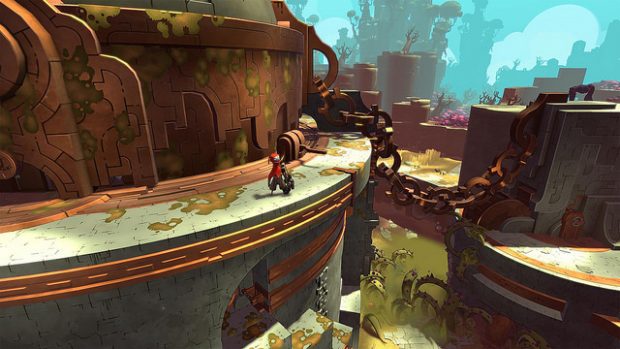 Visually and audio-wise, the world is full of beautiful effects and seriously simple, yet beautiful landscapes and underground caverns. There are genuine moments of awe as youâ€™re exploring, often retracing your steps to try to find a way to unlock that pesky door thatâ€™s been driving you wild for the last fifteen minutes. Bird-like creatures chirp, squirrel-like animals scuttle away, all while gigantic giraffe styled creatures lurk in the background, observing Hob as he dashes and rolls his way around the landscape. 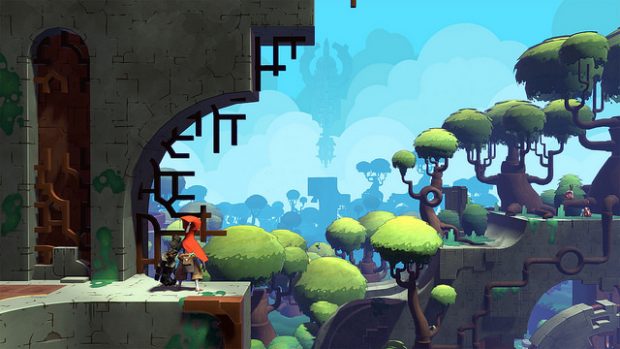 Thereâ€™s a whole lot of nods in Hob to the The Legend of Zelda: A Link to the Past â€“ with exploration and sheer curiosity yielding huge rewards for the player to reap playing through the game! Unlike The Legend of Zelda: A Link to the Past, Hob doesnâ€™t have two distinct worlds, but one world separated by simply being over and underground, and it really is a stunning world to behold. Harmless critters scutter by you as you play; yes, you can kill them, should you be that way inclined, with enemies require you to learn their tactics and dispatch them via dashing, combat rolling, blocking and parrying â€“ while others you can simply mash attack to take them out. 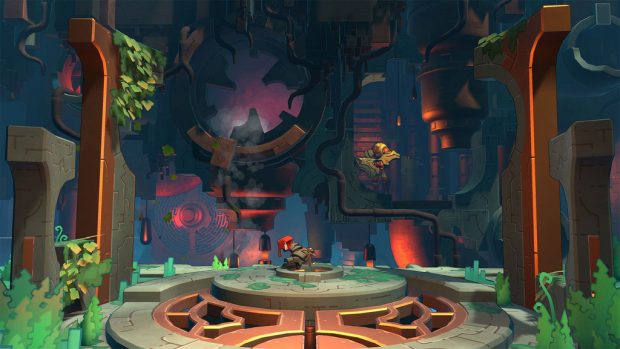 But the key here is gaining the knowledge of when to attack these nasties and, sometimes, when to let them be so that they take each other out! Itâ€™s really quite joyous watching one of the commanding hulking beasts take out some of his lackeys, leaving you to catch your breath a tad and regain your composure. 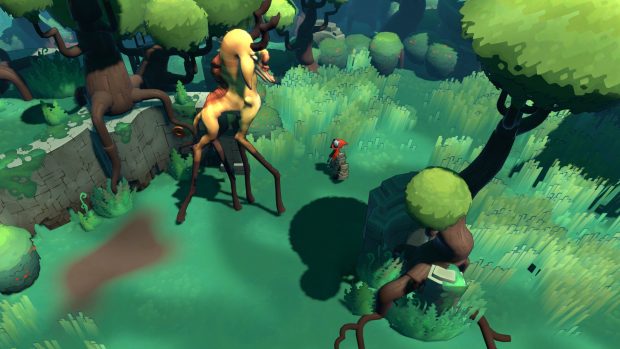 The gameâ€™s story is quite tricky to fathom, as itâ€™s totally wordless and thereâ€™s no real text in-game to give any indication of what has happened and whatâ€™s going on with this world. In fact, the whole world is a gigantic mystery that, as you play, gradually unfurls and tells you some of its secrets, while others are left to the players to try to guess and work out for themselves. Or Iâ€™ve simply missed the hidden meaning somewhere along the lines during my time with the game. 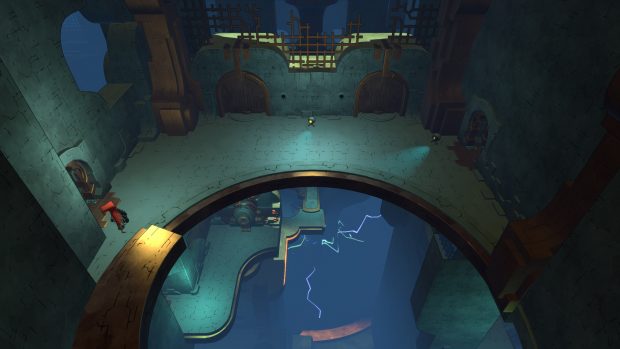 Hob is a genuinely beautiful game, as youâ€™d expect from the very talented people at Runic Games, the developer of Torchlight, but I do feel that there couldâ€™ve been, at times in the game, a bit more detail about the world the gameâ€™s set within, what has happened and why, as wel as more information on Hob himself!

Disclaimer
This Hob review is based on a PS4 copy provided by Runic Games.