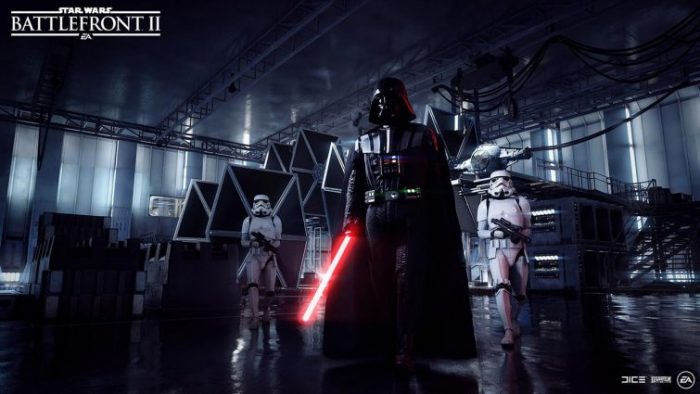 Star Wars Battlefront II is making its way to PlayStation 4 next month, and it will now include more Darth Vader action for all of you to enjoy!

Forge a new path as Iden Versio, commander of Inferno Squadâ€”an Imperial special forces unit equally lethal on the ground and in space. Encounter many of Star Wars ‘ greatest characters in a story of revenge, betrayal, and redemption that spans 30 years.

Join up to 40 players in massive multiplayer fights in authentic locations across all eras. Revel in deep class-based online gameplay, pilot a wide variety of land and air vehicles, and control iconic characters with distinct abilities that can turn the tide of battle.

You can check out more info about the game right here.