Ruiner from Reikon Games and Devolver Digital is a flashy action shooter on PlayStation 4 worth a try. Read our Ruiner review to learn more about this one!

As you load Ruiner, it’s clear that the game’s not going to win any awards for its visual nuances or style. It’s a neon-glow filled brawler shooter, where you’re treated to bleak and simplistic visuals that fit the very world its set within. 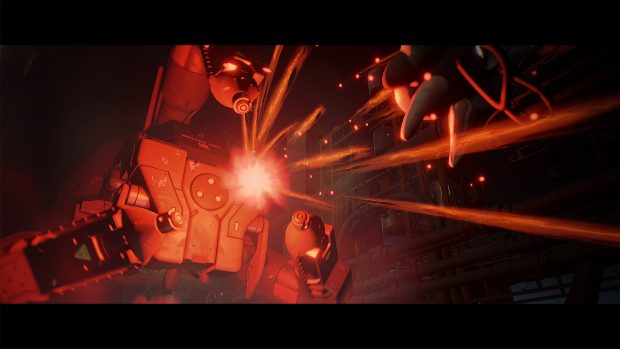 As you start working your way around the landscape, you are guided, nay, freed, and then later commanded by a female called “Her,” and you are very much at her whim and under her control. Rescuing her brother, killing gang members and doing runs, you’ll soon get sick of her one-liners, which often have a dig at the player’s inept play. Problem is, it’s very easy to get overwhelmed in some games, and Ruiner is a prime example of this. 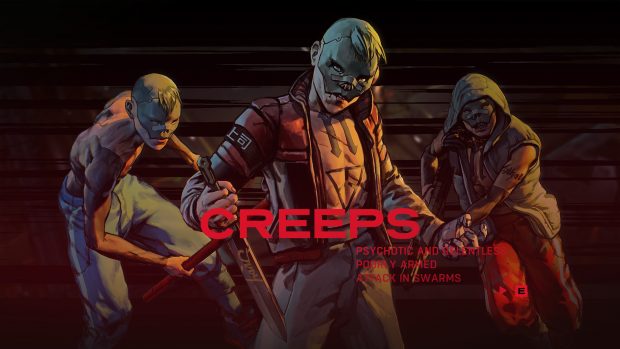 The controls are, in essence, those of a twin-stick shooter, and they allow you to navigate the levels and get “Puppy” to stove in some cyborg’s faces with his piece of pipe, or shoot them in the head with his three-shot pistol. There’s also a nifty dash function that allows you to slow time and sneak in some blows on a foe before they even realize what’s happening, and then giving you the option of hiding again before time returns to normal. This is great in theory, but enemies generally appear at all angles, so finding somewhere to actually hide is a bit of a problem at times, but it does become apparent soon enough that dash is essential tool and can literally mean the difference between “Her” nagging at you again, or actually kicking some butt and moving forward. Combat is smooth and stylish enough, but it’s so easy to lose track of “Puppy” amidst the red mists, smoke and general on slew of combat. 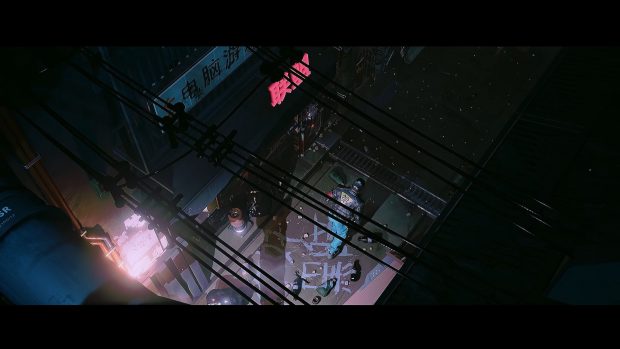 There are more abilities that “Puppy” can unlock, that all run on consumable energy, but they can certainly help make life easier in this carnage onslaught and, most interestingly, you’re able to change your character’s spec at any point, with no repercussions or negative impact. You’re even able to do this to actually benefit you in the current situation you’re in, giving you a wee bit of an advantage in what’s, quite often, a brutal and unforgiving title. 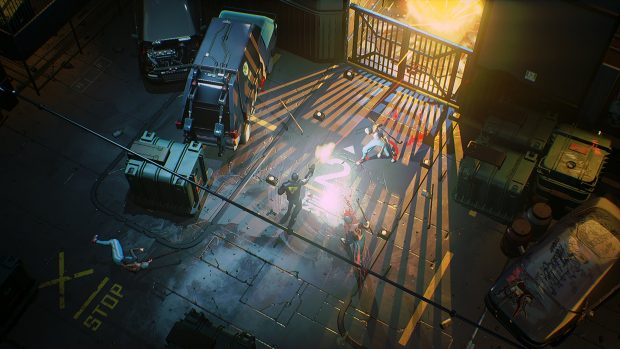 Regardless of my criticism of some of the elements of the game, I DO recommend Ruiner. It’s quite a slick and accomplished title that won’t win any awards for its visual aesthetic, story or the way the game plays, but it does deliver exactly what it says on the tin, and doesn’t apologize for the difficulty setting that’s thrown at you. 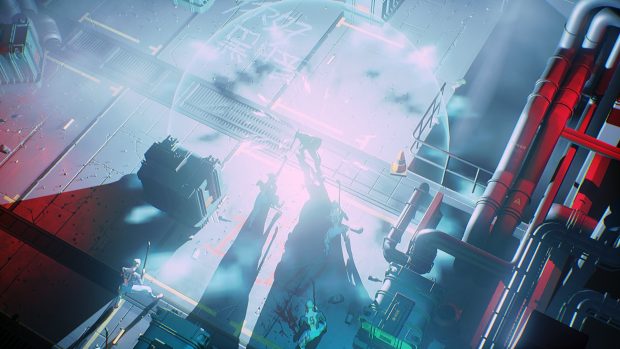 Get them, Puppy. There’s killing to be done.

Disclaimer
This Ruiner review is based on a PS4 copy provided by Devolver Digital.

Guardians of the Galaxy: The Telltale Series Episode 4 Out Now