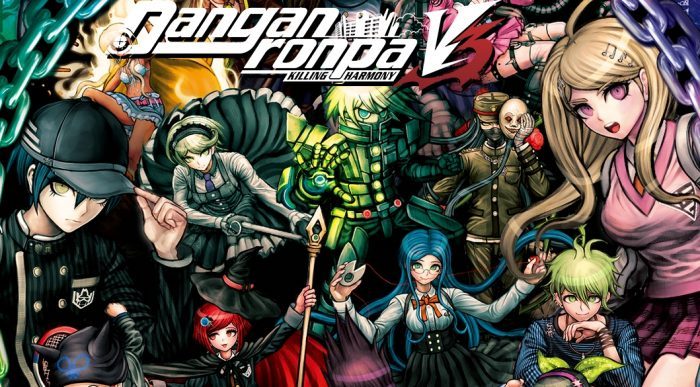 Rest assured, this review is spoiler-free.

Before we get started, what is Danganronpa? Danganronpa is a series in which teenagers are abducted by a being named Monokuma – the weird flagship panda-like being – and are set loose in a “killing game” until a few of them remain. They are forced to kill each other if they hope to return to the real world. Killing somebody can’t go unpunished, so they’ll be drawn into a trial by the other teenagers who hope to find the murderer. If he/she is discovered, he/she is punished by death. If they fail to find the murderer and accuse somebody else, the murderer will be set free, and EVERYONE else will be killed by the Monokuma. This sounds like a sick premise and, as you can guess, the topics in this one are of the mature variety. Luckily, the violence isn’t too graphic, so it doesn’t fall into horror/disgusting themes.

Can you play Danganronpa V3 if you haven’t played the first two main games (which just released on the PlayStation 4 and we reviewed)? Honestly, from my point of view, as someone who didn’t play the previous two main entries, yes, you can jump directly into the third one. The story is self-contained and doesn’t seem to make to many references to previous releases. Having said that, it’s time for our review! 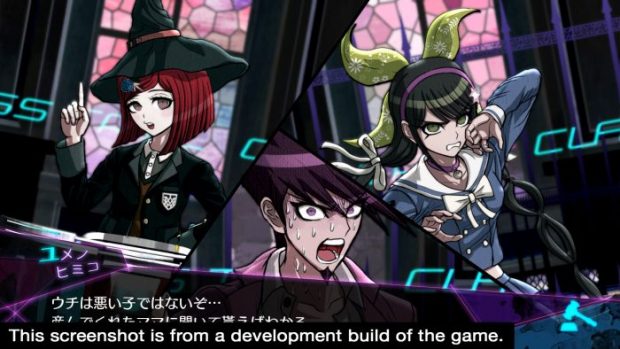 At its core, Danganronpa V3 is a visual novel in which you have some slight control over the interactions with the others teenagers (each of which has a special Ultimate talent) who are also stuck in this game. There are investigations sequences once a murder has occurred but, in the end, its a relatively linear visual novel. The story is great, and as you’ll see during the game’s trials, the writing is superb.

Your story begins as you control the charismatic Kaede Akamatsu, as you wander through the ruined school and discover its many areas. With her leadership, Kaede will quickly become the source of inspiration to the other people in this predicament. She’ll quickly be helped by Shuichi, a detective who will become her friend. You’ll also have some free time between the main events, so you’ll be able to enforce bonds with the the rest of the cast – this will allow you to learn more about each one of them.

If you have played previous games in the series, you’ll know that Monokuma is an evil being who is up to no good, and this time he’s accompanied by his five children: the Monokubs! They each have a different personality, but I honestly thought they were relatively annoying. They didn’t bring anything new to the story, and since they are comic-relief, they greatly diluted how evil Monokuma is – and how the Monokucs could have been.

As for the gameplay, I already mentioned how Danganronpa V3: Killing Harmony was a visual novel with story segments with characters in the foreground – and that means a ton of text. The game also contains a LOT of different mini-games, with a 16-bit side-scroller as the highlight, as well as others you’ll get to enjoy during the class trials. Take note that they are relatively technical, but the difficulty can be toned down or up at any moment to allow you to have as much fun as possible. 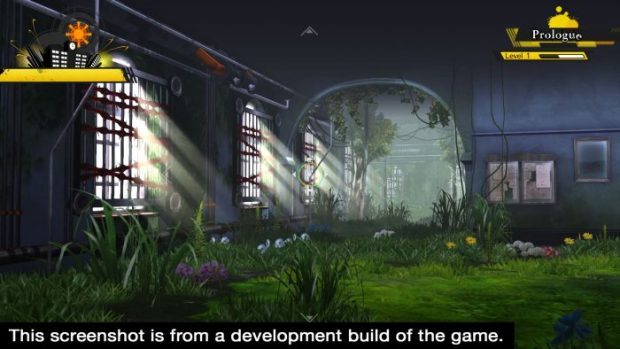 In the sound department, the music is moody but, for me, mainly forgettable, except for the main ;onokuma theme, which I could recognize anywhere! There are also English and Japanese voice-overs, so depending on your personal taste, you can have the cast speak in one or the other.

Final Thoughts
Danganronpa V3: Killing Harmony is a great visual novel with trial elements, and is fun to play through. Given its style, it will definitively not be for everyone, but if you give it a try, I’m sure you’ll be in for a treat as this offers dozens of hours of gameplay – not to mention very long trials to take on each potential murderer!

The game is also Cross-Save between the PS4 and the Vita version, but isn’t Cross-Buy, so if you have both version you can carry on with ease at home or on the go.

This Danganronpa V3: Killing Harmony review is based on PlayStation 4 copies provided by NIS America.