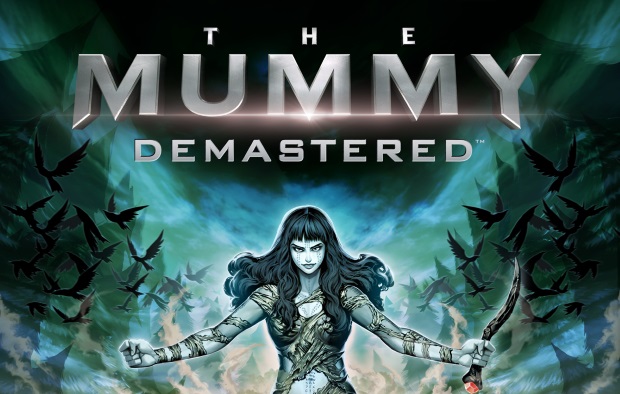 WayForward is back with a retro-inspired game based on the recently rebooted The Mummy movie franchise. Will this game fare better than its movie counterpart? Find out in our The Mummy Demastered review!

As an unnamed Prodigium agent out on a mission in Iraq to find out about missing allies, youâ€™ll encounter the ancient Princess Ahmanet, an Egyptian mummy who has been revived, and youâ€™ll be forced to evacuate the scene. From there, youâ€™ll be on a mission to stop her before she can fully regains all her powers -by all means necessary. Because of this you’ll be able to use several weapons as well as some ancient artifacts that can grant you superpowers! 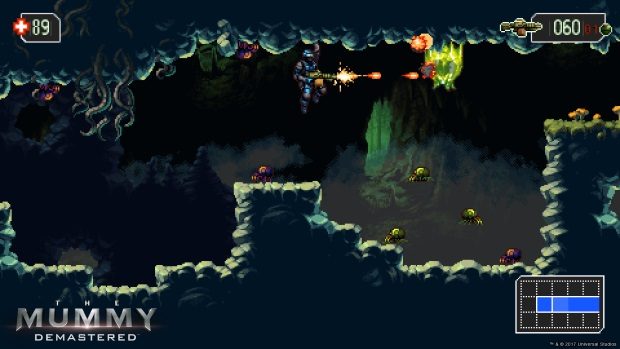 For this mission, youâ€™ll be exploring tombs, ancient tunnels, forests and more, in a classic Metroidvania formula with lots of areas to explore. There will also be some backtracking required since you’ll be able to return to previous areas once youâ€™ve found the right upgrades and artifacts to be able to open new paths. Aside from your regular gun which has unlimited ammo, youâ€™ll be able to carry two limited capacity guns and a single type of grenade to help you stop the hordes of undead creatures and monsters on your path.

And if you die in your quest, you’ll get to experience a nice twist that has been added to the already-winning formula. In traditional Metroidvania releases, when you die you either respawn and continue with your adventure or get to reload a previous save. In The Mummy Demastered, when you die, you take on the mission as another agent with zero upgrades, so if you want your gear back, youâ€™ll have to hunt down the previous now undead agent to reclaim whatâ€™s yours – and he wonâ€™t give it up without a fight! 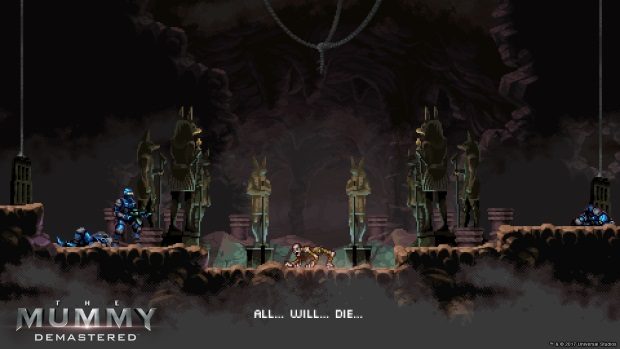 Visually, the game is an ode to the classic 16-bit era Super Metroid, as well as to the other Metroidvania that followed. This one is presented in a beautiful pixelated 2D side-scrolling adventure, with a generally darker tone with detailed backgrounds and colorful enemies. The soundtrack, with its 16-bit style dark ambient/electronic feel, sets a perfect tone for the game and is just loud enough to be enjoyed under the constant gunfire and explosions youâ€™ll hear.

To put it simply, I loved this release! Itâ€™s not reinventing the wheel, but it’s a game that puts the Metroidvania formula to good use. One thing I donâ€™t usually like about Metroidvania games is when they abuse the formula and make you go from one end of the map to the other just to get one item, so that you can bring it all the way back again – and then having to do something similar a couple times to artificially extend your total gameplay time. This one has you explore new locations as well as return to previous locations, but it’s very easy thanks to the several fast-travel spots you can gain access to in the game. 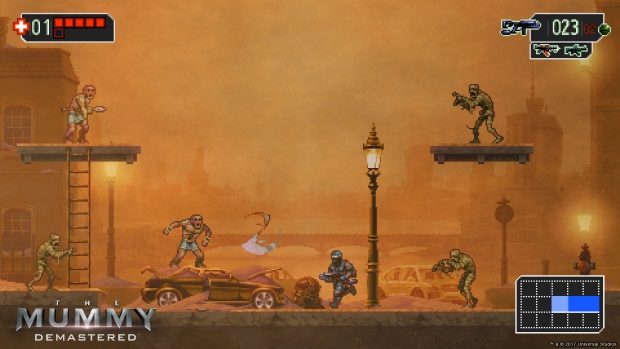 Thereâ€™s a nice variety of enemies that you encounter during your mission, all with distinct movement and attack pattern that you will need to figure to avoid getting hit, which can be important early on as your health can go down pretty fast if you are not careful – a handful of hits can kill you! This is why it’s important that you find the health upgrades in the game so that you can increase your total health count.

Trophy-wise, this is a straightforward Platinum trophy. A lot of trophies are related to the upgrades and artifacts you find, as well as for uncovering 100% of the map – oh, and finding all the items and collectibles. Considering there are also a couple of trophies for weapons, ammo upgrades, health upgrades and for finding all 50 relics in the game, this should keep you pretty busy in your post-game cleanup. The one trophy that does require that you take things slow and steady is the one for finishing your missing without dying! When I read the trophy list, I thought that it would be the hardest one in the game, but knowing that I would need to be careful has shown me that your odds are good if you always seek health upgrades and take your time with recovering your health from the pick-ups from the enemies you defeat. 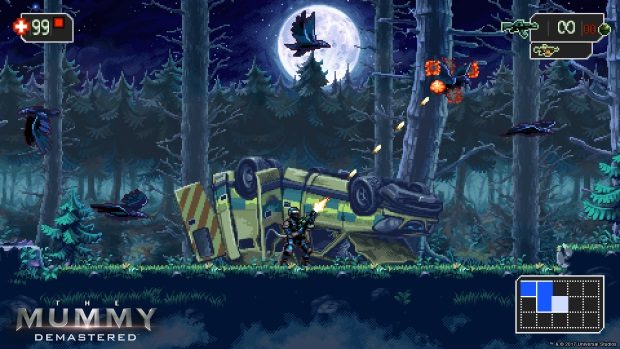 The only thing I wouldâ€™ve wished to see for this game is a reason to come back to it after the mission was over, but it only has a single difficulty level, and once youâ€™ve completed the game and found 100% of everything, there is no reason to do a second run, other than to do a no-death run if you somehow didn’t manage to do this the first time around.

Final Thoughts
Considering how video game movie tie-ins sometimes aren’t good – especially nowadays when the most we get is a free mobile game tie-in – The Mummy Demastered couldâ€™ve been a disaster. But developer WayForward has once again shown just how good the team is at developing 2D games with great graphics, a nice soundtrack, and fun gameplay mechanics. While not as good as my beloved Guacamelee!, The Mummy Demastered is still one of the best Metroidvania games I have played.

Disclaimer
This The Mummy Demastered review is based on a PlayStation 4 copy provided by WayForward.

[Review Revisited] House of the Dead 4