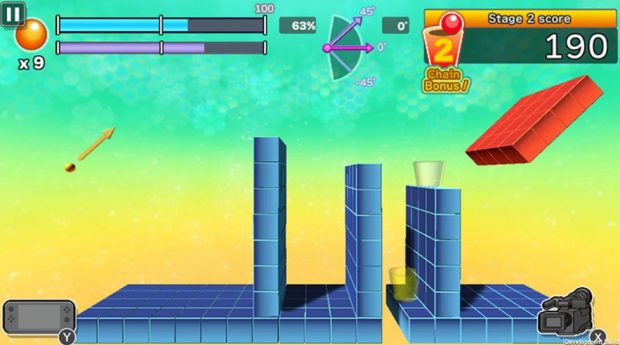 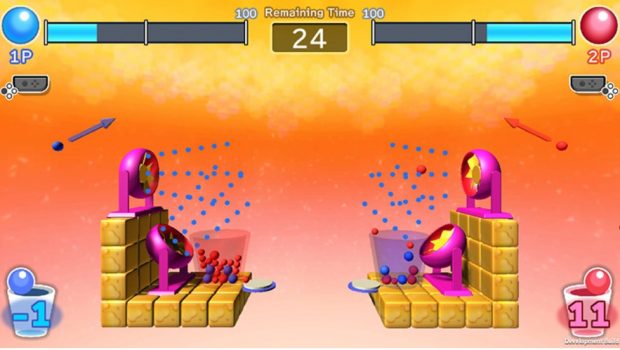 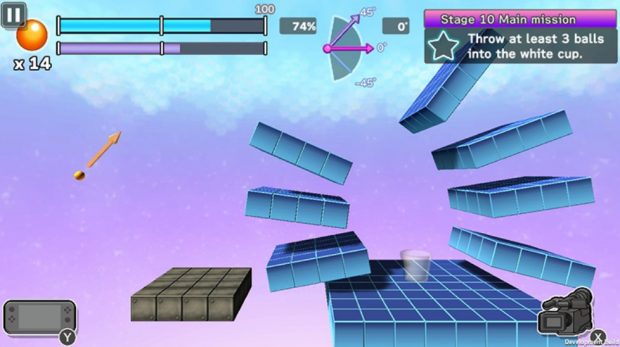 As for Score Attack, you need to aim for the highest score in each stage with the 15 balls you have. If you can land balls into the cup one after another you will start a chain bonus that will boost your score, and if a stage has a yellow cup then you should make sure you try to land as many balls as possible into that cup for a bigger score. 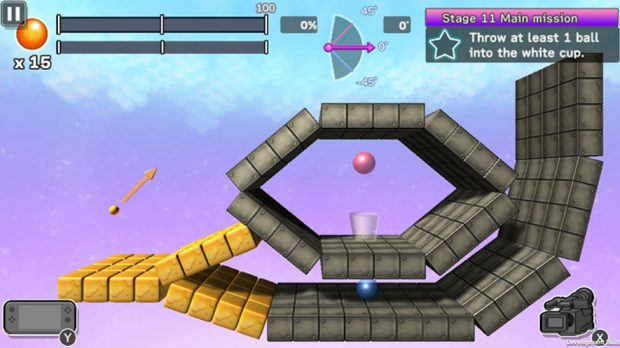 There is also a two-player section where you can start Vs. Mode, in which you have 60 seconds to land the ball into the cup as many times as you can. There are three items for this mode that you should use to be able to defeat your opponent, and they include annoying paint to obstruct the view of your opponents power gauge, annoying black which places a block in the way of your opponentâ€™s throws, and multiple balls which will increase the number of balls you can throw. There a re stages in which to battle which feature white cups, yellow cups as well as red and blue cups to be able to aim for to score a point as you avoid the other cup or else you will lose a point. 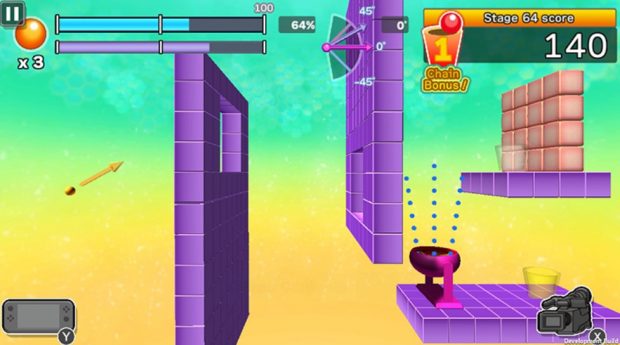 Youâ€™ll need to pay attention to the objects youâ€™ll run into since theyâ€™ll affect the ball. Thereâ€™s the metal block which will make the ball bounce higher, the cushion block which makes the ball bounce lower, the adhesive block which makes balls stick to it this rendering them useless, and the moving block which moves and rotates. On top of this, you have a switch which is used to move blocks and turn on fans which send the ball flying because of its wind, as well as a warp that, well, warps the ball from the blue areas to the red areas.

Super Ping Pong Trick Shot is a fun arcade-style release with plenty of control options so that you can have a go at it no matter where you are. The premise is simple and to the point, but sometimes that’s exactly what you need to relax and unwind.

Disclaimer
This Super Ping Pong Trick Shot review is based on a Nintendo Switch copy provided by Starsign.

Episode Three of Batman: The Enemy Within Now Live 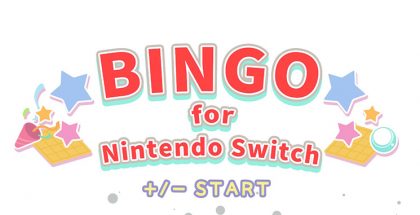