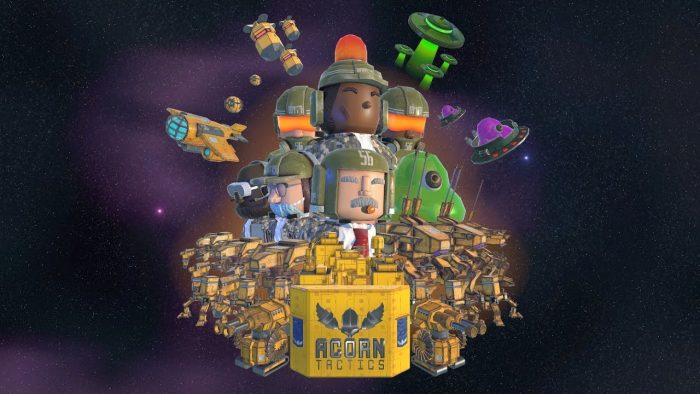 ACORN Tactics is a highly addictive strategy game with several missions to complete. Learn more about this Switch release in our ACORN Tactics review!

ACORN Tactics is a turn-based strategy release that will quickly hook you with its addictive gameplay mechanics. A hundred years after a flood covered much of the planet, a horde of green blobs has invaded planet Earth. That is where you come in as part of the Armoured Combat Operations Response Network (ACORN). As part of ACORN, you must build and deploy giant armoured tanks that look like massive mechanical spiders and use them to quash the invading forces of the green space blobs. 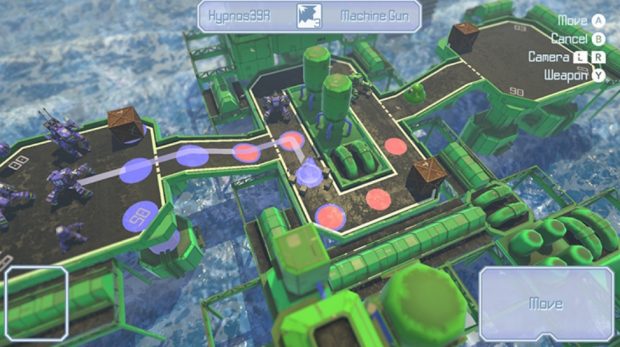 Once you boot up the game you are asked to go to the Mech Hangar to build some mechs. At the start you can build Machine Gun, Sniper and Shotgun mechs, giving you a good variety of mechs with short, mid and long range attacks of varying power â€“ a short-range shotgun blast can definitely pack a punch, right? You can pick their names and choose their color, and you can add some extra flair by giving them hats, if youâ€™re into that sort of thing. Once youâ€™ve taken care of that, youâ€™re ready to go into the main campaign. 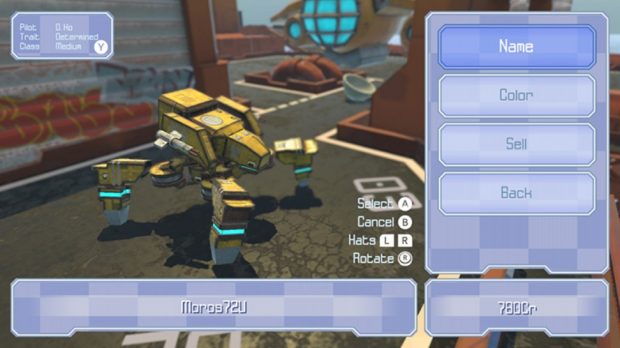 Your team is a solid attack and defense force, and as you progress in the game they will be able to level up to become stronger, and you will need to focus on researching new technology so that you can improve your odds of survival. Your attacks wonâ€™t always land since theyâ€™re percentage-based, so do take this into consideration when you need to decide which unit to use to attack your enemies. Fear not as a missed attack is not such a bad thing since enemies wonâ€™t one-hit you most of the time, but this doesnâ€™t mean you should rush in guns blazing. 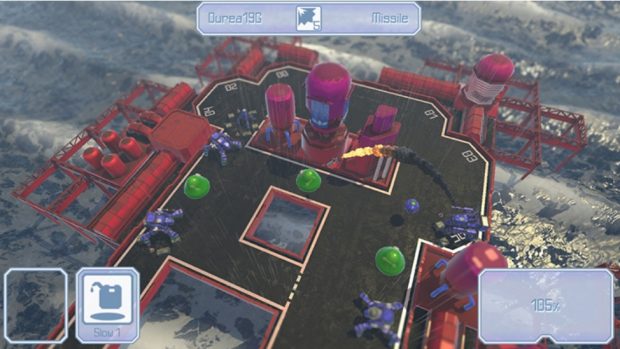 The game is played over a grid, and you can choose to move over the highlighted blue circles and attack enemies within the highlighted red circles, by using the A button. Once you have taken your actions, you can press the X button to open the menu so that you can select to end your turn. After this, enemies will take their turn and try to counter your actions to defeat your forces. Itâ€™s an easy to understand gameplay mechanic that makes it easier for players to get started right away. 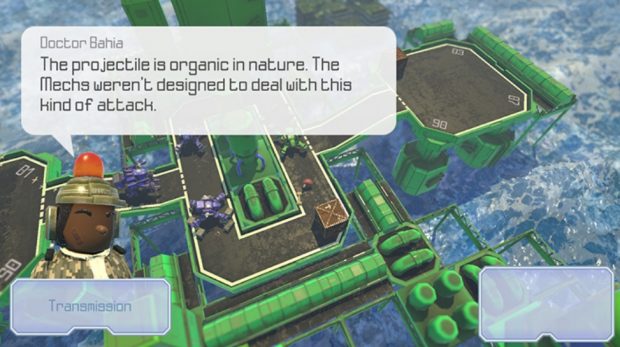 The locations youâ€™ll fight in feature hiding spots to give you, or your enemies, the tactical advantage, and youâ€™ll definitely need to make the most of them since as you progress in the game youâ€™ll find other types of blobs which deal more damage to you and can also take a beating. Worry not as your team will continue to grow during your quest, and once you have six mechs to control after a lot of research you will almost be unstoppable. 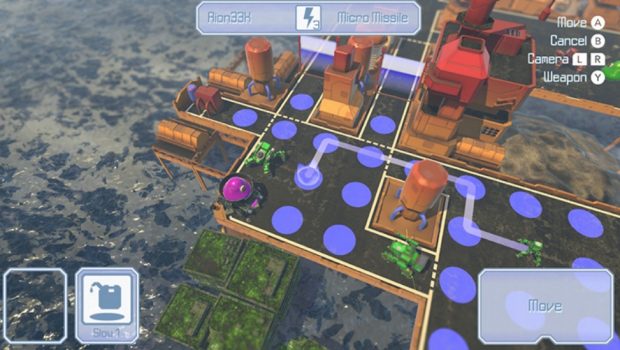 ACORN Tactics is a very good strategy game with easy to understand gameplay mechanics that will keep you coming back for more until the end. Itâ€™s a very addictive release with more than enough missions to complete, and I do want to mention that the gameâ€™s music is top-notch and perfectly complements the action. If youâ€™re looking for a game that can scratch that strategy itch on Nintendo Switch, then ACORN Tactics is exactly what you need. TACS has given us a solid strategy release, and I look forward to seeing what this indie does next â€“ probably once again on Nintendoâ€™s hybrid console, right? 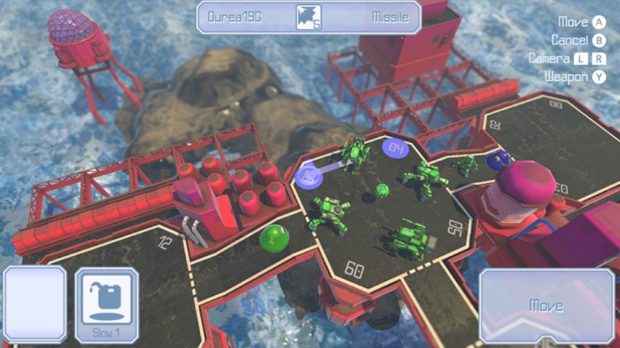 Disclaimer
This ACORN Tactics review is based on a Nintendo Switch copy provided by TACS Games.