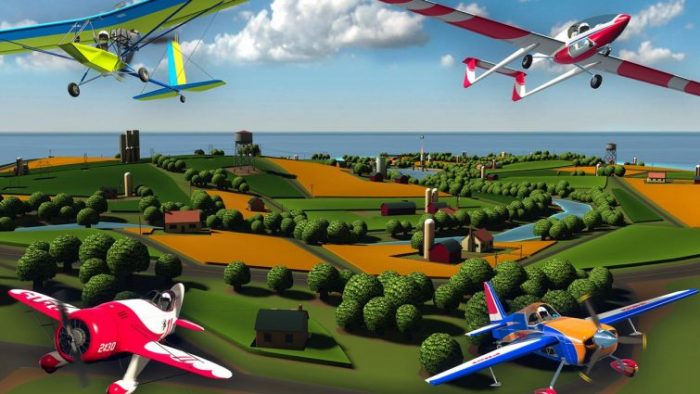 Bit Planet Games has released Ultrawings for PlayStation VR, an open-world flight game in which you pilot several aircraft over a colorful island.

Christopher Stockman, Studio Director at Bit Planet Games, explained some of the game’s content and gameplay.

What kind of missions?

Youâ€™ll fly through score rings, pop balloons with a dart gun, perform spot landings, take pictures using your fully working tablet, participate in air races, and much more. A simple flying game this is not.

How are you going to fly these awesome aircraft?

You can choose to play with your standard DualShock 4 but, for those pilots that want an even more immersive flight game, youâ€™ll want to break out your PlayStation Moves (youâ€™ll need 2 of them) and use your virtual hands to grab and manipulate the flight stick, buttons, and switches.