2Awesome Studio launched a Kickstarter campaign for Dimension Drive which, unfortunately, had some weird shenanigans going on â€“ a fraudulent pledge had been introduced to the campaign and it was eliminated by Kickstarter 30 minutes before the crowdfunding campaign was over. The team was devastated, but it recovered and managed to rise from the ashes. It launched a new Kickstarter and that one reached its funding goal without an issue. 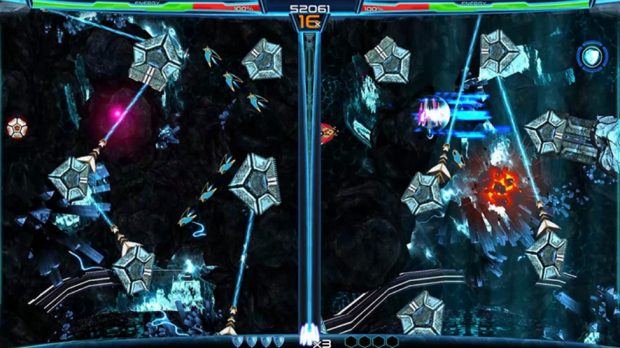 Dimension Drive is a futuristic shoot â€˜em up set in which an alien race has conquered hundreds of civilizations, basically taking control of most of the universe. You play as lone human survivor Jacklyne Tywood. She has discovered that the alien race has used technology known as dimension drives, a technology she has managed to recover. She has now used the technology to build a shop known as a Manticore that is fully equipped with an A.1 called V.E.R.A to help retake the universe. The aliens have learned of Jack’s plan and intends to stop her, first by attacking her home world in an act of retaliation. 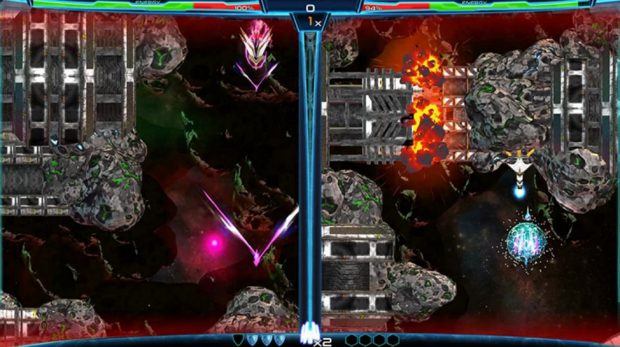 Gameplay has a very interesting setting: you have two sections and you can switch between each side by using the B button. Youâ€™re basically playing two levels at the same time, and you need to keep an eye on your power bar since it depletes as you shoot. Youâ€™ll need to switch to the other side to keep going while the other power bar replenishes â€“ you can definitely change between both as you please but you should always keep this in mind. 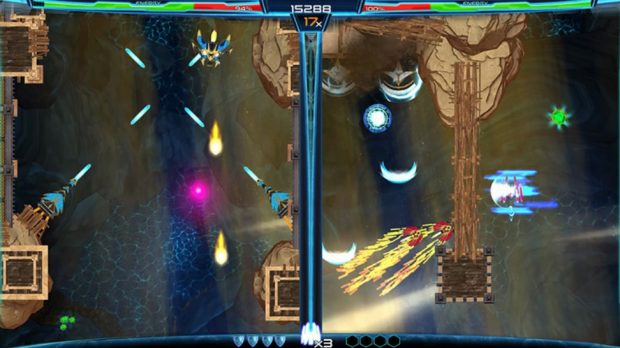 The game offers for difficulty levels, with Normal being the easiest and Insane being, well, insane. There is a difficulty to suit all skill levels, so youâ€™ll be able to find the best one for you.The difficulty settings also determine the number of lives you have and the number of shields you get, which definitely changes how you approach the game. 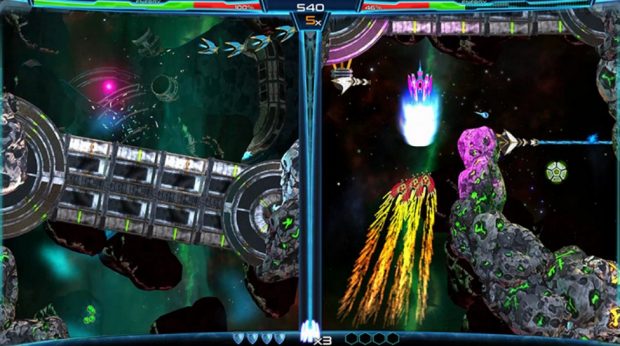 The switching feature is very handy since it allows you to avoid the side that has way too many enemies or hazardsâ€¦ as long as youâ€™re careful! You can end up switching into a wall, destroying all of your shields and costing you a life â€“ I learned that the hard way. As long as you always have one eye on each half of the screen, youâ€™ll know when the time is right. 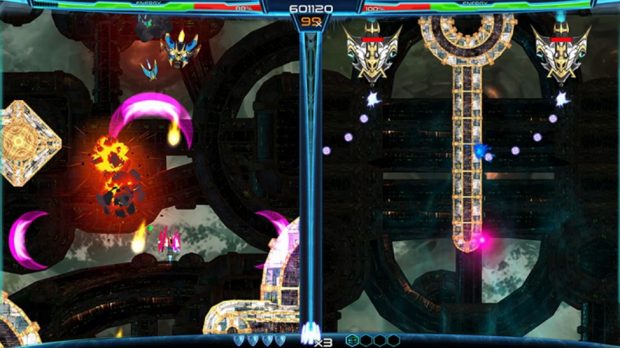 Dimension Drive is a short game which you can completely in a couple of hours in the lower difficulty settings, but if you aim for the higher ones you can definitely spend more time beating the deadly bosses. That being said, the Normal difficulty isn’t really ‘Normal’ since even on that difficulty the bosses pose quite a challenge. 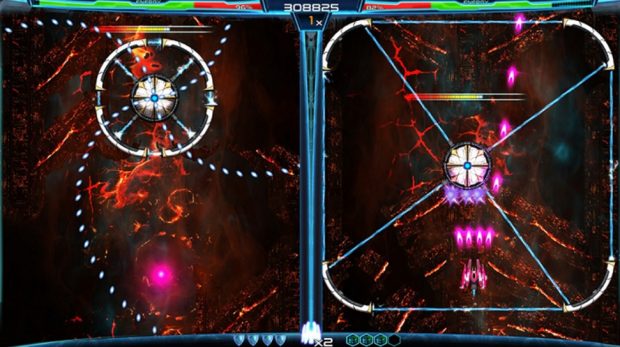 Overall really I liked the gameplay mechanics of Dimension Drive. It is clear that a lot of love, care and attention went into the game, and the game looks and feels like a project that took way more money to develop than the Kickstarter funding the studio secured. 2Awesome Studio worked hard to
build this game and the Nintendo Switch version is definitely one that you need to play.

Disclaimer
This Dimension Drive review is based on a Nintendo Switch copy provided by 2Awesome Studio.