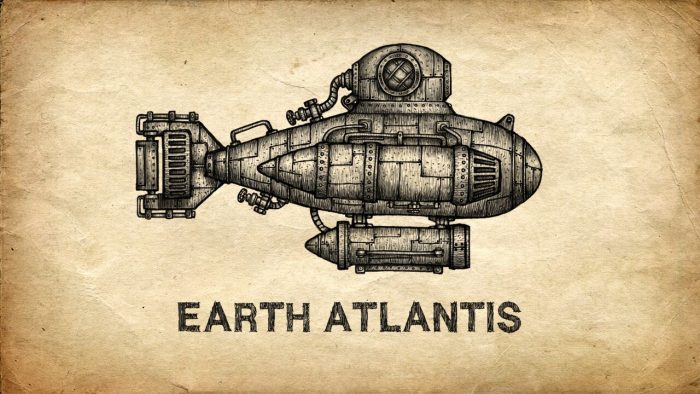 Earth Atlantis is a 2D shooter in which you hunt down monsters â€“ a hunt â€˜em up if you will. Learn more about this one in our Earth Atlantis review!

In Earth Atlantis from Pixel Perfex and Headup Games you are tasked with hunting down nasty hybrid creature-machine monsters in a world where 96% of Earth is now underwater. Humanity as we know it is over, and the machines have taken over and learned to adapt to the new world by taking on the form of marine creatures. Can you survive in this post-apocalyptic world? Do you have what it takes to become the hunter of legends? 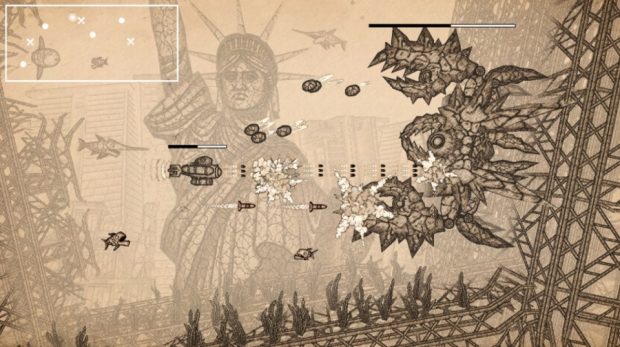 The game being a 2D hunt â€˜em up means the controls wonâ€™t be hard to master. Youâ€™ll move around with the left analog stick, change the direction your ship is facing by pressing the ZL or B buttons, and shoot with either the ZR or A button. You can also bring up your mini-map by pressing the X button, and this will show your ship, the target monsters and any item boxes nearby. 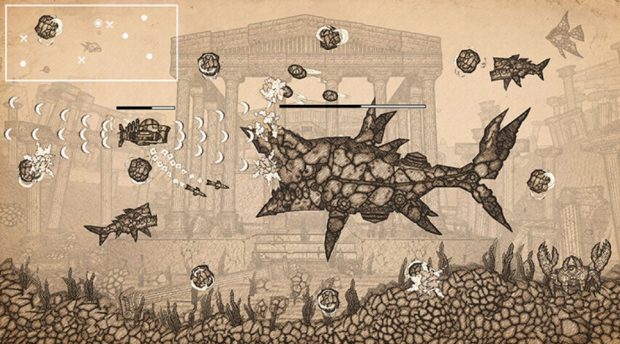 There are four ships in total to play as, but only the Nautilus is available at the start â€“ the rest must be unlocked. Each ship has different stats on armor power, weapon power and speed level, with the Nautilus being the most balanced of the group since the other three ships favors one of the three attributes in particular. Can you unlock all other ships? 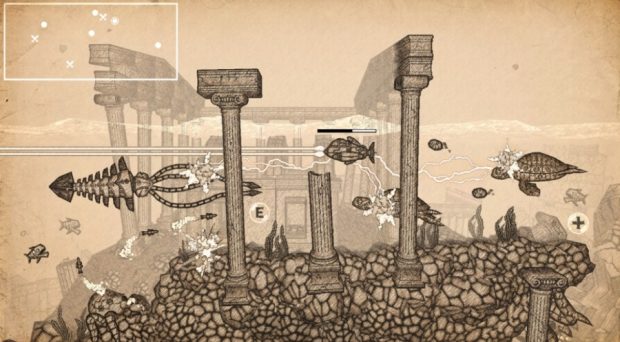 You need to realize that there are several pick-ups in the game, and that you need to make the most of them to be able to survive the many battles with regular enemies and big and nasty bosses. Pick-ups are circles that will either power-up your primary weapon (P), give you an electric beam attack (E), a torpedo missile (M), a homing missile (H), a bouncing bomb (B) or recover some of your hit points (+). If you grab a pick-up that matches your current weapon, then said weapon will be powered up. You need to make the most of your weapons to stay alive because if youâ€™re killed in action you will revert back to your basic weapon and to the last checkpoint buoy you have activated, which means youâ€™ll need to power-up back to your former-self before you can try to defeat the boss which ended your run. 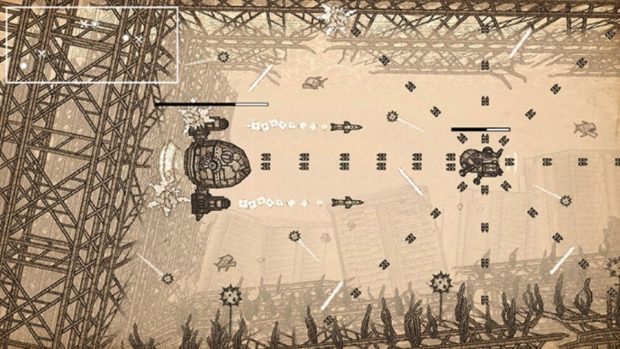 Something that I need to mention is the gameâ€™s art-style, which I really like. As you can see from the gameâ€™s trailer and the screens in this review, Earth Atlantis looks as if it was hand-drawn in a very peculiar â€œsketchâ€ sort of way, a deliberate choice that evokes images from many centuries ago when the creatures of the sea were being slowly documented with each new discovery. 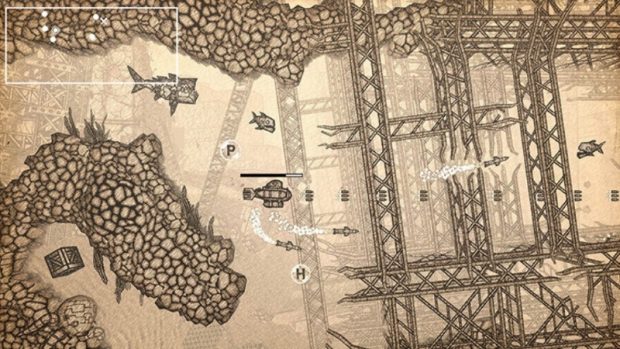 If youâ€™re in a monster hunting mood, and are a fan of 2D shoot â€˜em ups, then you should give Earth Atlantis a go on Nintendo Switch. The gameâ€™s art-style is great and its giant bosses will definitely test your skills the further you progress in the game. With each boss you defeat a new path will open up, bringing you closer and closer to eradicating all of them.

Disclaimer
This Earth Atlantis review is based on a Nintendo Switch copy provided by Headup Games.

Code: Realize ~Future Blessings~ Out For Vita On March! 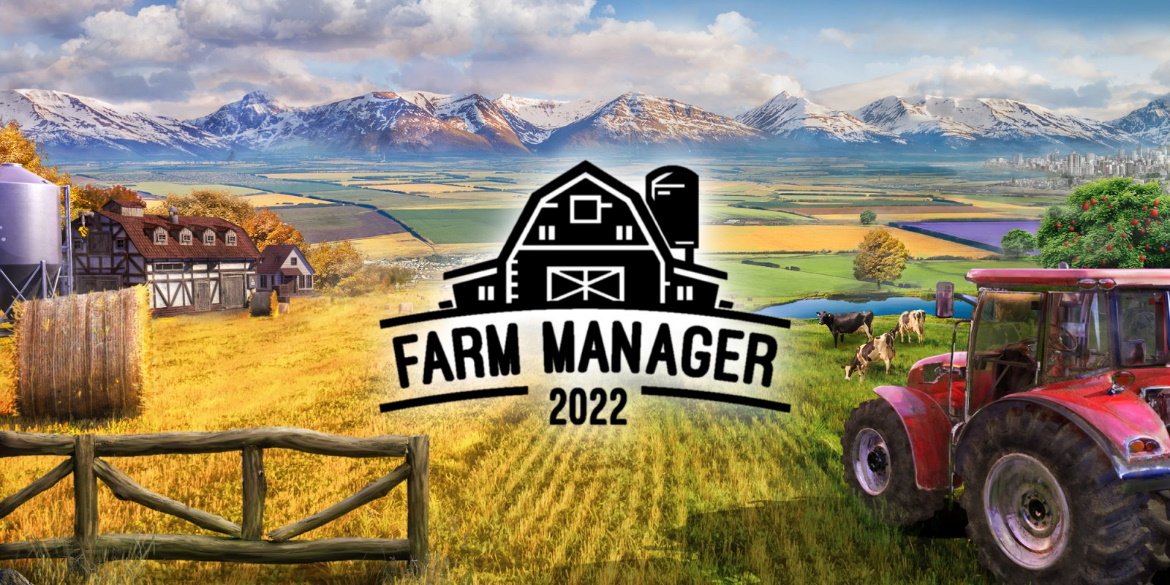