Bloody Zombies is an old school side-scrolling beat â€˜em up with deadly undead out on Nintendo Switch. Learn more about it in our Bloody Zombies review!

While the graphics may look a bit cartoonish, this is actually a very violent gore fest. The goal of the game is really simple: you will kill wave upon wave of undead zombies using a variety of combos, as you aim to get the highest streak possible. So if you like games with undead characters and lots and lots of blood and violence, then look no further because Bloody Zombies has you covered. So let’s take a deeper look at this Zombie killing game and see if it is a game worth your time and hard earned dollars! 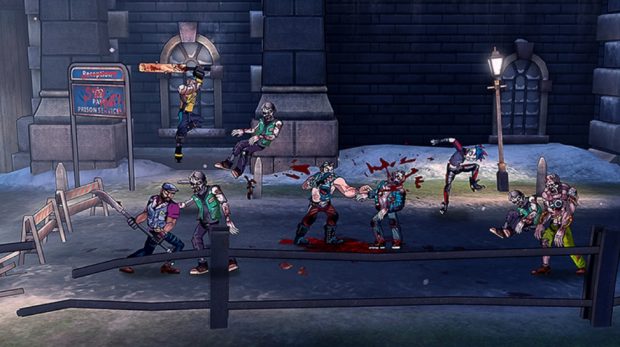 When you first start the game, you should choose the settings for the controls, since the default control setup might not be good for you. You might want to go go to the Options Menu to change it from Hardcore to Simple â€“ youâ€™ll know during the tutorial if the Hardcore option is good or not for you. And then, pick the character you like! There are five options to choose from â€“ I went with Mick since he seemed like a solid character to take on this undead journey. 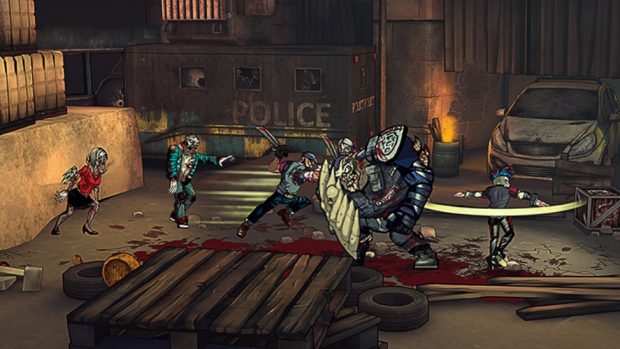 You can move your chosen character with the D-Pad or the left analog stick and double tap to run. There are basic attacks at your disposal, with a light and a strong attack set to the Y and X buttons, and you can use a combination of both for combos so that you can start working on your combo streak â€“ it will run as long as you donâ€™t get hit. If you need to dodge, you can do so with the ZL trigger, but you really need to time it right for it to work. 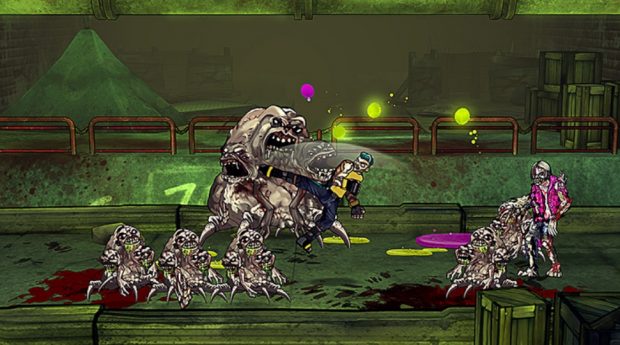 As for the zombies, itâ€™s not the regular minions you need to worry about, since youâ€™ll be able to defeat them without much effort if youâ€™re a fan of beat â€˜em upsâ€¦ but the bosses are a different story! There is a noticeable difficulty bump for bosses, so youâ€™ll definitely need to take your time to figure out their movement and attack patterns so that you can exploit their weaknesses if you rush into things youâ€™ll be dead before you know it!

You can smash the various objects on your path such as crates and bins to search for various power-ups and coins to aid you in your task. You can also unleash special attacks, for which a movement combination is required depending on which setup you selected for your controls. Power-ups do take a chunk of your yellow energy bar at the top of the screen, so do keep this in mind! 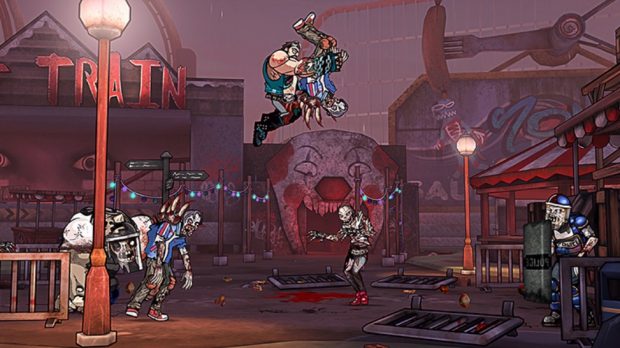 I loved the fact that the game is set in a futuristic post-apocalyptic London, a setting dear to me. As you explore each stage, you should be on the lookout for hidden areas that will feature plenty of loot for you to secure. Youâ€™ll need all the extra help you can get as you progress further and further into the game when the zombie minions start to grow stronger and stronger to keep you on high alert. 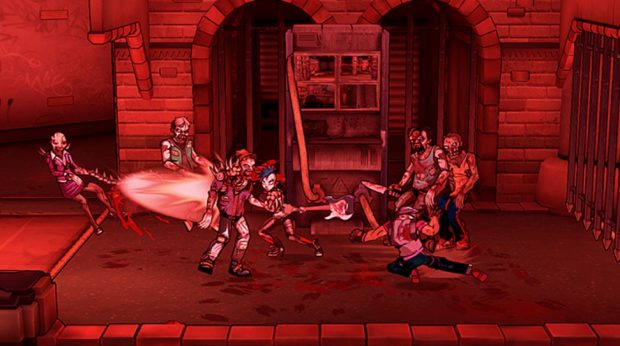 Bloody Zombies is a fun game with some minor flaws that are not a deal-breaker. If youâ€™re looking for a solid beat â€˜em up for Nintendoâ€™s hybrid console, then this Switch release is just what you needed. The challenge in the Normal difficulty setting is good enough, but if youâ€™re looking for even more of a challenge you can dive back into the game on Hard and beyond! 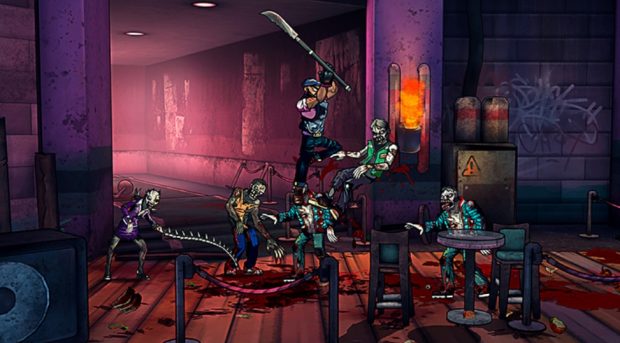 Disclaimer
This Bloody Zombies review is based on a Nintendo Switch copy provided by nDreams.

Little Red Lie Now Out For PlayStation 4 And Vita