[Review Revisited] Cloudy with a Chance of Meatballs (Easy Platinum!)

So you’ve been collecting trophies for a while but didn’t get through some easy games that can be Platinumed in a few hours? If you want to increase your trophy count, why not try Ubisoft’s Cloudy with a Chance of Meatballs, a game that released as a tie-in to the very good movie of the same name? With this game, you could secure a brand new shiny Platinum in a short 5 hours of gameplay!

Before beginning this game, I had absolutely no expectations about it since I only had my future Platinum in mind. As it turns out, this was a good game that was actually fun to play! Definitively not an AAA release, but good enough to say that I enjoyed it and that I do recommend that you play it.

Since most of the people will get Cloudy with a Chance of Meatballs only to get the Platinum (*wink* *wink*), here’s a direct link to the game’s Trophy Guide, which will help you optimize your run through it.

The game released way back in 2009, and isn’t available on the Playstation Store, so your only option to play it is to find it in a video game rental store, or to purchase it used over at Amazon.com. 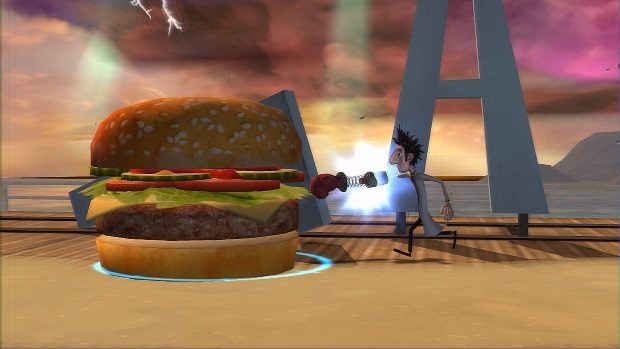