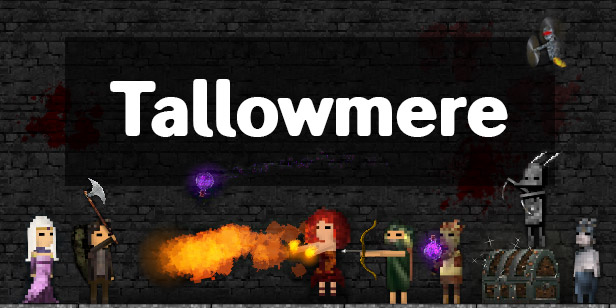 Teyon has decided to bring roguelike dungeon crawler/platformer Tallowmere is to the Nintendo Switch, and itâ€™s a game you definitely need to play. Find out why in our Tallowmere review!

Tallowmere is a 2D pixel art dungeon crawler/platformer in which, for some reason, you have an interesting ability to jump infinitely and go as high as you like, almost as if you are flying – just continuously hit the jump button until you find a spot to land. There are no timers or cooldown periods for this ability, so you can explore everywhere you like. 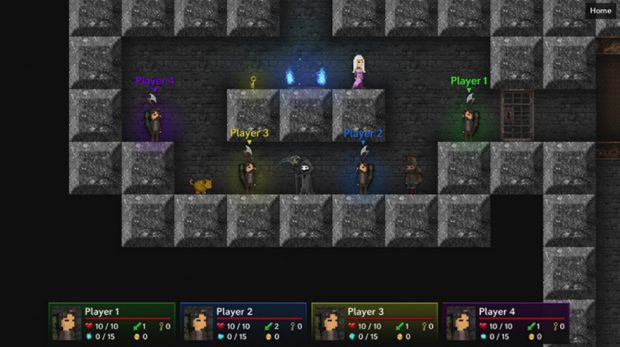 The dungeons are random, so learning your way around with some trial and error is not possible as each run is different. You aim to go as far into the dungeons as possible and without dying. As you progress, you will find loot from treasure chests with much better gear for you to improve your stats, gradually making the dungeons a bit easier thanks to the extra stuffâ€¦ until, you know, the dungeons start to throw new things at you. Enemies will indeed start to become stronger, so youâ€™ll need to find better gear to keep up with them â€“ you can also buy new gear from merchants, but you also need to keep in mind that your coins can also be used to purchased much-needed health. 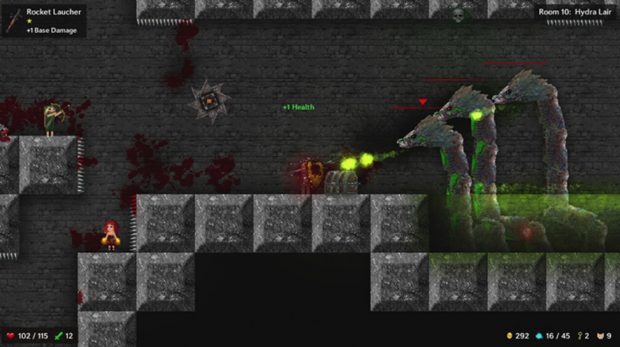 When you die your entire progress is wiped, as is usually the case for a roguelike, so youâ€™ll be sent back to square one with your original stats and starting weapon. Your score and how far you got is recorded on the leaderboards for you to try and beat, which is a nice incentive to give it another go when youâ€™re defeated. 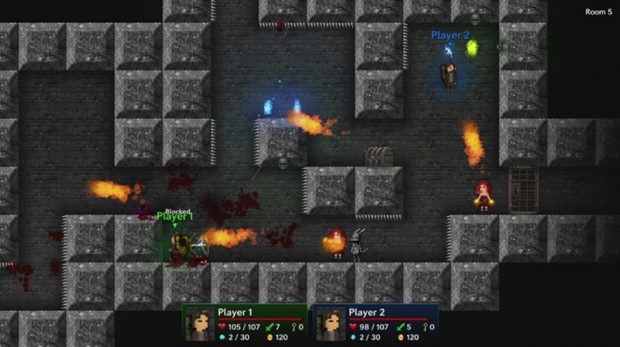 Combat is pretty basic and simple since you can definitely button mash some of the enemies to their death â€“ at least at first! You start with a basic axe and as you progress you will get swords, staffs, wands and a ton more. You also have a shield so that you can defend against incoming attacks, be them melee or ranged. The game’s difficulty can be adjusted by speaking to the Grim Reaper, and he can make things a lot harder for you by adding stuff such as no healing, no merchants, no loot treasures, and more. 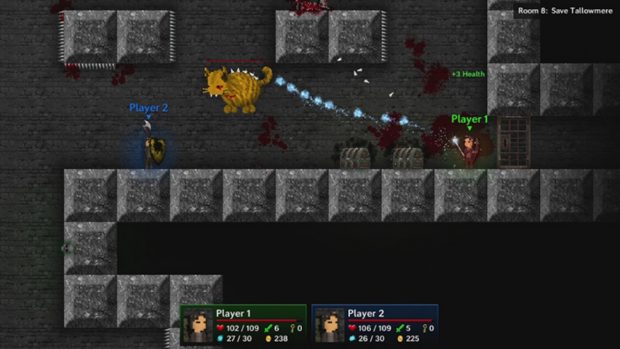 Speaking of loot, the loot you find has a star rating system assigned to it, with one star being the basic bare bones stuff, and your gear can go all the way up to seven stars for the best of the best â€“ stuff that often comes with passive skills and buffs to make things easier on you. Seven-star loot is not easy to get, but once you find your first one youâ€™ll notice why itâ€™s a must-have. For example, I managed to find a staff that could throw ice balls and increase my health and attack stats, which made some particular sections of the game less tricky.

In the hub area, you can increase your health points by sacrificing a kitten, and you can do this nine times per game. I didnâ€™t personally take advantage of this feature, but the option is there if you want to dive into it and sacrifice a kitten or two for a health boost. 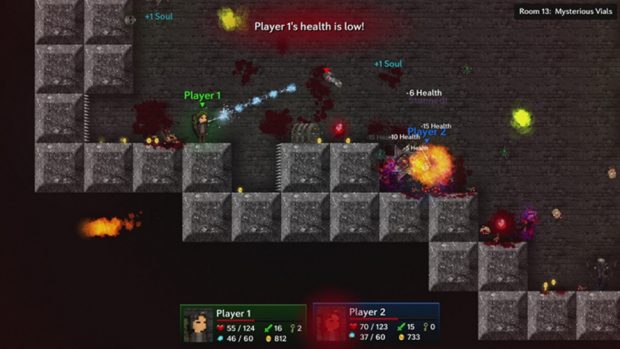 Tallowmere is a fun roguelike game on Nintendo Switch that is worth a shot. The graphics might feel a bit barebones, but its solid gameplay and a nice soundtrack make for an overall good release. Fans of recent roguelike might not like how thereâ€™s nothing to mark some more permanent progress in the game, such as being able to use coins to purchase permanent boosts so that every new run counts more. But donâ€™t let this be a deal-breaker since the game is a good entry in the beloved roguelike genre.

Disclaimer
This Tallowmere review is based on a Nintendo Switch copy provided by Teyon.