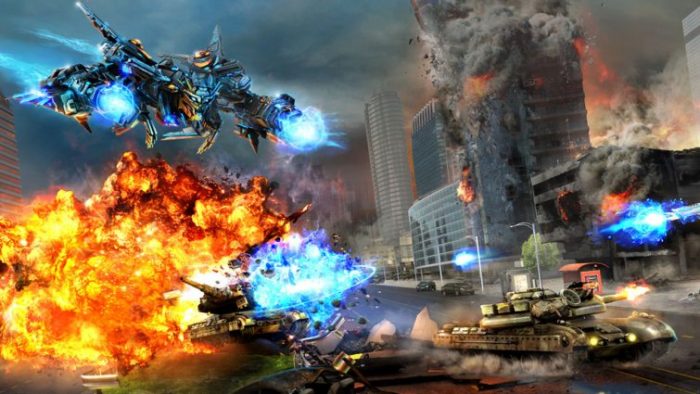 X-Morph: Defense from EXOR Studios is an interesting take on the tower defense genre in which you play as the alien invaders. Learn more about this one in our X-Morph: Defense review!

The game offers three difficulty settings. In Easy you get more resources, your ship, and the core can withstand more damage, and the core will recover considerably between enemy waves â€“ enemies will also fire not as many bullets at you. Normal is the regular experience that is perfect for those of you who have played tower defense games and shoot â€˜em ups. In Hard, you will get fewer resources, and enemies will be more vicious and out to get you, so you better be ready for this! 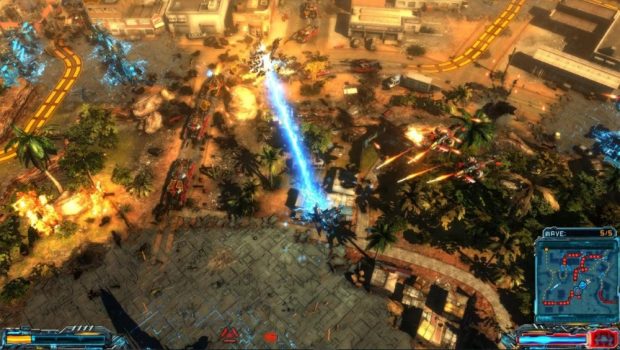 You need to defend the core by going after enemies directly with the left analog stick and making the most of your shipâ€™s weapons by aiming and shooting with the right analog stick or firing them with the L2 button – the L1 and R1 buttons will be used to cycle through the weapons, or you can use the D-Pad for that. Weapons have alternate fire modes, and some are more effective against specific types of enemies. You can charge a weapon by holding the R2 button, and the longer you hold it, the more its power level will increase. Since charged weapons are very powerful, they have a cooldown period â€“ except for the Charged Plasma. You can also press the Triangle button to enter ghost mode which will make it so that you cannot be hit by enemy weapons while also being able to go through objects. 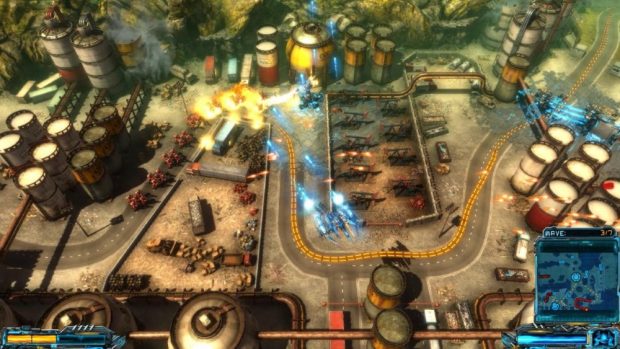 Along with attacking with the ship you can also build defense towers, which is great since you canâ€™t be everywhere at once! You can only build towers when in Ghost Mode and build them by pressing the X button to make a ghost version appear before pressing the X button again to make the tower materialize. To build towers you will need resources, and each one will take one orange resource bar to build â€“ same goes for upgrading a tower as well! You can also build laser fences to block enemies, as long as you have two towers from which to hand them. Fences donâ€™t require resources, and allow you to create mazes for enemies to travel through so that you can take them out. Fences do have restrictions since you canâ€™t use them to block the last available path to your core, so do keep that in mind! 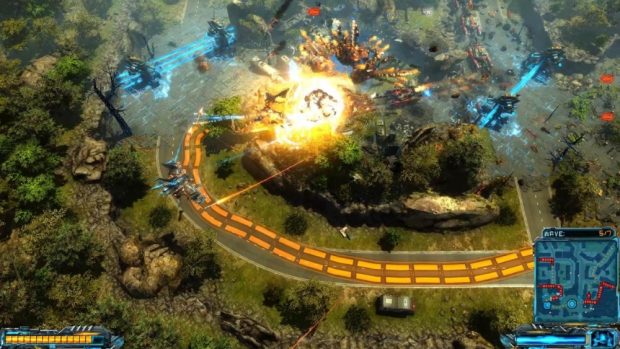 A very handy tip is that the environment in each area can be destroyed. You can blow up bridges to make sure enemies canâ€™t travel over them, collapse buildings to block a path, or even wait until enemies are close enough off said buildings to then make them collapse so that they fall on top of said enemies, taking them down with them. Since you wonâ€™t be able to fix a building or bridge once it is destroyed, you need to carefully plan your actions or else you might find that your strategy has only made things worse.

After completing a stage, and before you start the next mission, youâ€™ll be able to unlock new technologies for your arsenal as well as upgrade some of them, as long as you have enough technology and upgrade points available to pay for their corresponding costs. This includes things as improving your shipâ€™s plasma weapon (and its charged attack and shield), adding deadly missiles to decimate air-based enemy units, a laser to focus your attack for massive damage or adding bombs to attack ground units, improving you towers for a bigger attack boost to the units they can target, adding new towers to your arsenal (such as a slick laser tower that can make short work of large ground units), or improving the shield of the core so that it can sustain more damage, to name a few examples. 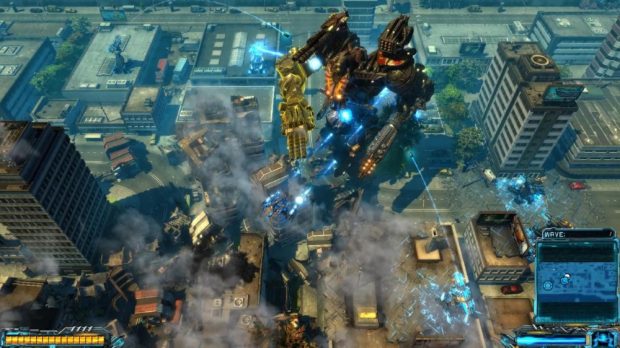 X-Morph: Defense is a fun, challenging game and interesting take on the tower defense genre. Being on the offensive while also laying out towers, making sure theyâ€™re not in the path of bombers that can destroy them in a couple of hits, destroying buildings to cut down paths while using your towers and fences to lead enemy troops through particular paths makes for an addictive formula that will keep you busy for many hours. Even if you fail you all is not lost since youâ€™ll be able to reload your last checkpoint and revise the way your towers are setup so that you can take care of fixing any mistakes you have made â€“ that is as long as the decisions made a couple of waves back donâ€™t hurt your odds of survival! Other than the gameâ€™s text being a bit small, there is not much to complain about this one.

Disclaimer
This X-Morph: Defense review is based on a PlayStation 4 copy provided by EXOR Studios.