The Longest Five Minutes is a retro style RPG about a young protagonist Flash Back who was out on a quest with his friends, Clover, Reagent and Yuza. Unfortunately, Flash has lost his memory, and he has forgotten everything he and his friends have done, but at least he remembers his own name and who his friends are. You must, therefore, play through each of the memories in a self-contained chapter. Flash remembers bits and pieces from certain times, like when he was level 10 he remembers this or he remembers that from when he was a level 15. When Flash remembers something a flashback cutscene plays out with a charming 16-bit era look, all while you realize the game doesnâ€™t take itself seriously with a lot of tongue in cheek humor. 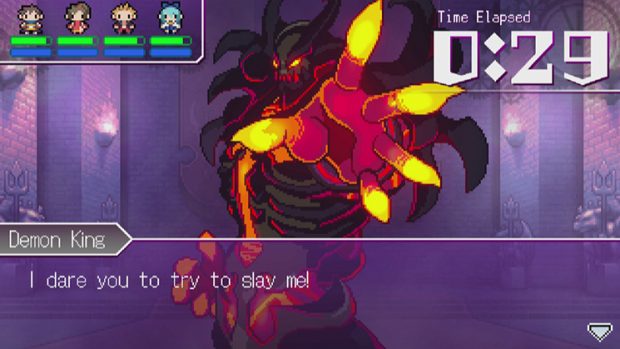 When starting a new chapter, whatever you have in your inventory doesn’t carry over into a said new chapter, so you need to make sure you use up whatever consumables you have by a chapterâ€™s end as it will be gone for good, wasting their potential. Gameplay can get a teensy bit confusing as you go over each of the memories, kinda like if you were travelling in time. It’s important to pay attention to the game so that you can follow the story and don’t get lost with the various jumps. 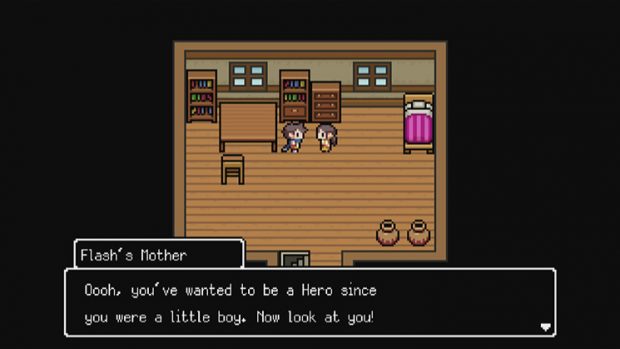 For each chapter the party will come equipped with the appropriate gear and skills for whatever level they are at, making this one an easy to pick up release. Sure, each memory is a bit straightforward, but you are free to explore and roam within each memory and complete objectives to earn EXP and an award for the objective. You will find fun side-quest stuff to complete along with playing the main story, and sine the objectives are also completely optional, if you want to ignore then you can do that. 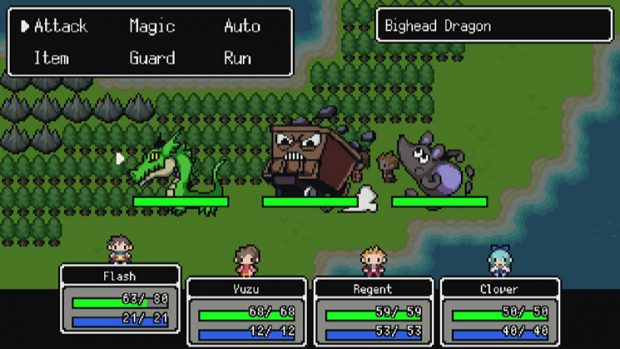 Combat is very fun since its turn-based. You pick your party’s actions during your turn between melee attacks, magic or using items. Once youâ€™ve selected everyoneâ€™s action, you can hit the execute button, and then rinse and repeat until youâ€™re victorious.

However, the leveling up gameplay mechanics are slightly different from what yoâ€™re used to. Sure you earn EXP from defeating monsters, but when you earn enough EXP your characters will earn something called “Memory Support.â€ What they are is stats that carry over different memories depending on your level, which makes overall grinding unnecessary. 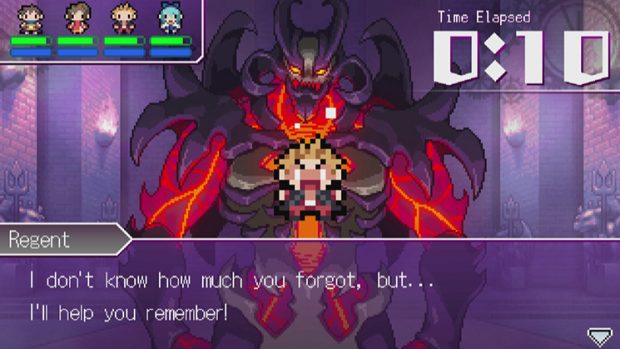 The Longest Five Minutes is not a pure RPG since it does have some visual novel elements thrown in for good measure with huge walls of texts to read as you take in the story. Long conversations between Flash and his friends and the Demon Overlord will happen as the story progresses and will unlock memories of Flash’s life as a hero, and you can unlock one of multiple endings based on how you do in each of the memories you play. 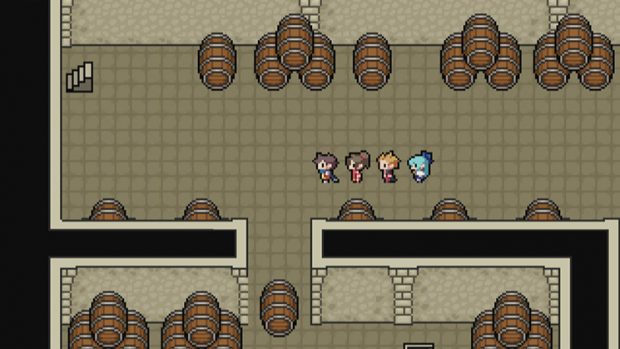 The Longest Five Minutes is a very fun release from NIS America that is perfect for the Nintendo Switch since you can play the game in short burst at home or on the go and put the console in sleep mode to quickly carry on as soon as you have some free time, or you can play for longer sessions if you feel like it. The gameâ€™s art style and music are great, and the gameplay mechanics and interesting story will keep you busy until the end. Iâ€™m very happy about what NIS America has done with this release, and I look forward to seeing what else they bring to the Nintendo Switch this year. 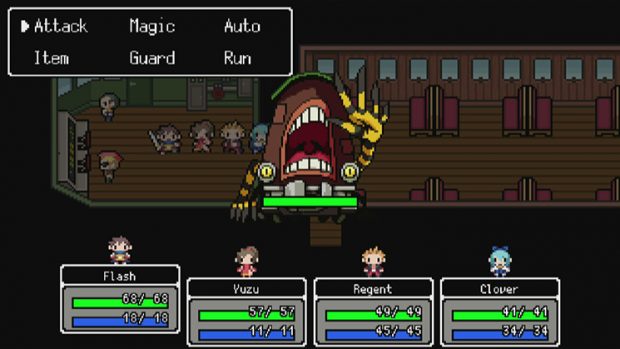 Disclaimer
This The Longest Five Minutes review is based on a Nintendo Switch copy provided by NIS America.