Two and a half years after releasing the acclaimed The Fall, Over the Moon Games are back with its sequel, picking up right after the events of the first entry. Will this puzzle / platformer / Metroidvania grab the attention of newcomers and fans of the previous installment? Read our The Fall Part 2: Unbound review to find out!

The first thing to point out about this game is that it doesn’t require you to have played the first entry. There is an optional recap that you can view right at the start of the game that sums up what happened in the prequel in around a minute or so. While it doesnâ€™t give you the whole story, itâ€™s definitely a good start since youâ€™re picking up right after the events of the first game. You will be taking control of A.R.I.D. (Autonomous Robotic Interface Device), an artificial intelligence, as she navigates through a network to uncover the truth about what is going on, all in search of her freedom. To do so, sheâ€™ll need to enter other robotâ€™s bodies to control them, whether they want it or not. This will lead her on a quest to find The User, a mysterious being interfering with her plans. I wonâ€™t go further into the details of the story, as to not spoil things for you. 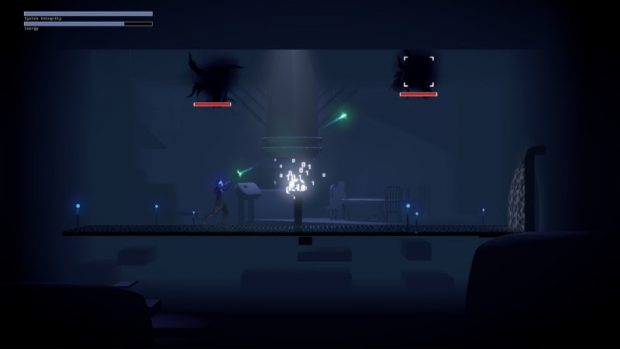 The game plays like, well, a lot of things! When you are navigating the network, in order to find a place allowing you to hack into another robot, it will feel like a Metroidvania game, where you have to backtrack on the map as you unlock new abilities to open doors, with some occasional gun-fighting here and there. Itâ€™s worth noting that if you arenâ€™t too much into combat, and would rather just appreciate the story, there is a setting that can be toggled to minimize the encounters. 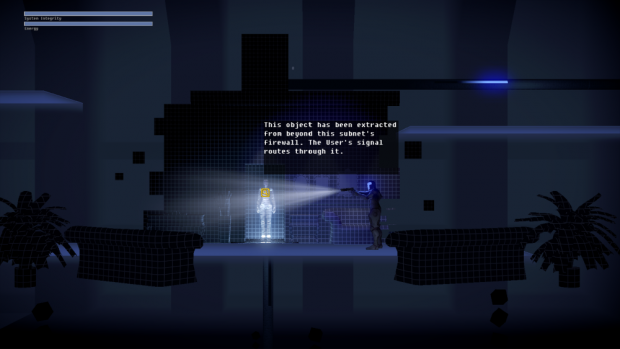 And then, when you hack into one of the three controllable robots in the game, the gameplay evolves into something that focuses more on puzzle solving, pretty much like a point and click adventure game, while still having you going from place to place to search for new clues, information, etc.. There are also some differences as to how each of these robots plays since the three of them are in different environments, with different purposes and ways of thinking, so none of the â€œpuzzle roomsâ€ feel the same.

All the places I visited looked great, and the futuristic look of the game mixed with the retro-inspired dialog boxes when you interact with robots and objects blended in perfectly. What really stood out for me though were the dialogs that you have with the robots you control. Youâ€™re playing as an artificial intelligence, and the tone in which she communicates and expresses her opinions really give you a feeling of how this AI is evolving and adapting throughout the story. When she says things like â€œIrrelevant,â€ you can almost believe she â€œfeelsâ€ it as well. 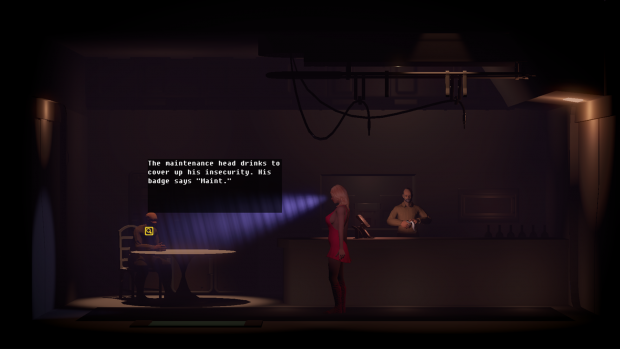 Being a newcomer to the series, I was pretty happy to have a little recap at the beginning of the game to put me up to speed, although further in the game I realized that it couldâ€™ve been a bit more detailed. The game was pretty easy to pick up, with some quick instructions as you gradually gain access to new controls, but not knowing all of the story from the first game did probably change how I approached things. 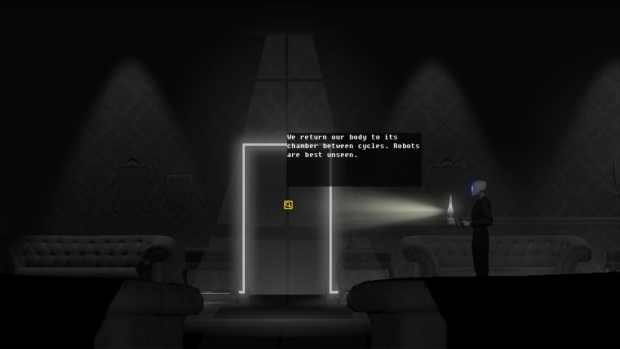 The strongest point for me is, without a doubt, the point and click aspect of the game. Although there isnâ€™t too much variety to the nature of puzzles (it all comes down to finding the right item to use with the right point of interest), it was still good enough to have you try a couple of things before finding the right solution, and the differences in how each robot plays and behaves made it seem anything but repetitive – so yeah, not repetitive, fun puzzles, do recommend. 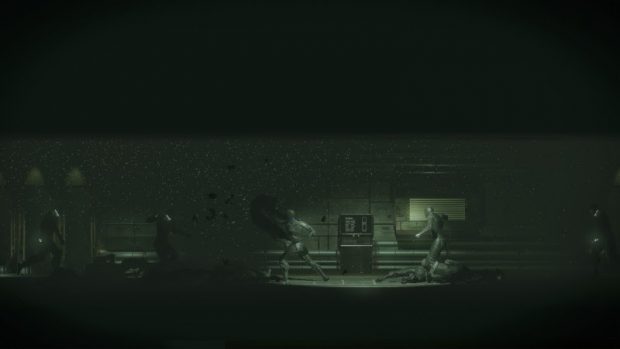 As for the network exploration part of the game, it was nice since you are able to pick up news bits of information on the story, but the gameplay itself, shooting shadows with your guns, didnâ€™t feel as good as it could have, so that’s something I didn’t like as much. 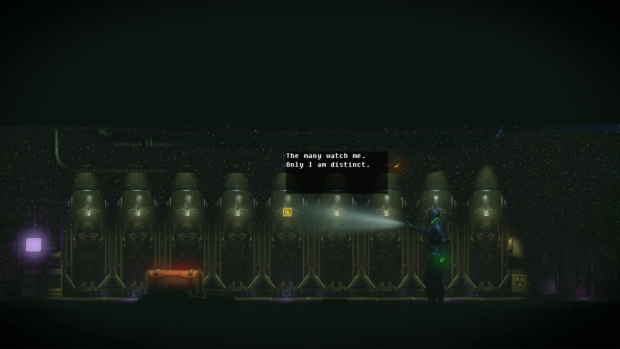 As far as trophies are concerned, even though I donâ€™t see it as a difficult game, there are a lot of missable trophies that you can only get from specific things of events in the game. When I looked at the trophy list, after spending some time with the game, I realized by their descriptions that I had missed quite a few, so this is the kind of game that will warrant a second playthrough to get those trophies out of the way for another shiny Platinum!

Final Thoughts
Although I canâ€™t compare it with the first game (yet), it feels to me that Over the Moon Games have built a better game on top of an already good game with The Fall Part 2: Unbound. Itâ€™s take on AI is really captivating, almost as much as its story, and there are enough gameplay and story twists to keep you interested all the way to the end of A.R.I.D.’s quest.

Disclaimer
This The Fall Part 2: Unbound review is based on a PlayStation 4 copy provided by Over the Moon Games.

[PlayStation 4] Timothy Vs the Aliens Review