Aegis Defenders had a successful Kickstarter campaign with a relatively small base goal of $65,000, and which ended up getting double that amount. The development team ended up partnering with Humble Bundle as their publisher, giving this 2D pixel art release an extra boost. After being delayed a few times, Aegis Defenders is now ready to go on PS4. Was the wait worth it? 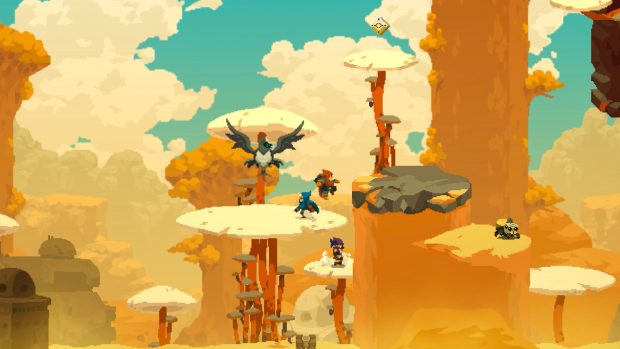 The game is a 16-bit release that is tower defense, part platformer/kinda Metroidvania game that is highly addictive. You play as Ruinhunters Bart and Clu who explore the vast expanse searching for ruins to uncover a legendary weapon called the Aegis – they plan to use the weapon to save the world from the ruthless Empire. The game involves lots of exploration and lots of platforming and puzzle solving, as well as building stuff for the very fun tower defense sections. 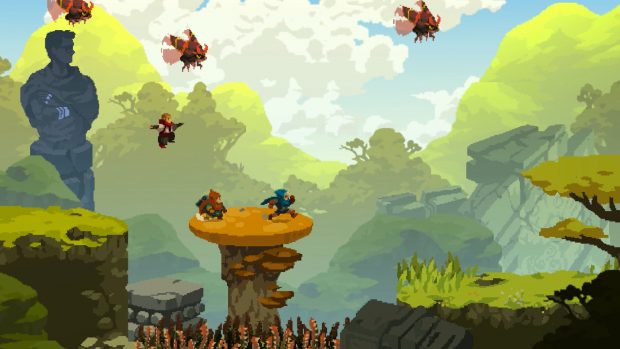 Bart is Clu’s grandfather and he is a specialist in building structures, and he also can use blunt weapons to defeat enemies. Clu is a strong hunter with decent skills in trapping, and she can also build bombs and shoot with a bow or use her mighty close combat skills to destroy enemies. Clu and Bart make a likable team with varied skill sets, and you can swap between characters on the as needed. You will need to swap frequently as obstacles that get in your way must be removed with each characterâ€™s skill, so if you find yourself stuck, simply swap characters so that you can carry on. 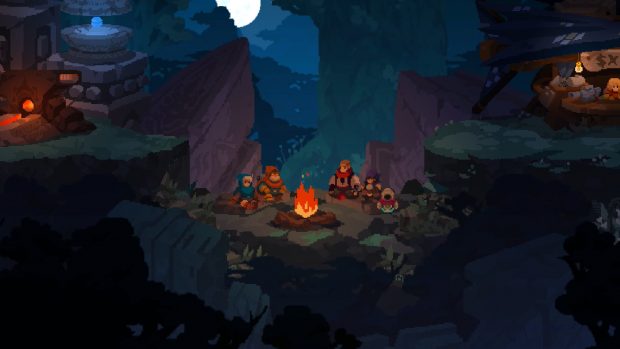 The game uses a color system by which, for example, weapons that are yellow deal more damage to enemies of the same color, which is a very clever way of doing things so that players can quickly get the hang of its elemental system. You will get to upgrade your weapons and can decide to go with weapons that deal normal damage or go the colored route to have a weapon that is better against enemies of a specific color.

Once you reach what seems to be the end of a level, you will start a tower defense section in which you need to set up your defenses to survive a set number of enemy waves before passing through the portal to the next location. These sections are timed, and you only have 60 seconds to build a proper defense against your enemies, which is something you might like a lot or end up hating â€“ I wasnâ€™t particularly fond of the short window for setting up my defenses, but your experience might be different. 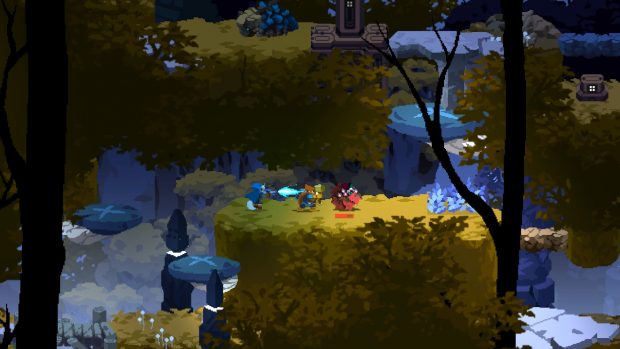 During the defense phase there will be resources dotted around the area that Bart can use to build auto-turrets and other defense mechanisms, and once the build phase is over and enemies start spawning Clu can be ready to do some clean up to defeat the enemies that manage to survive through Bartâ€™s defense system. 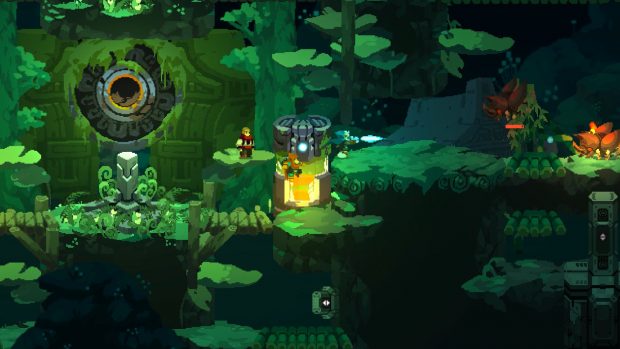 The enemy variety is not bad: some will fly, some will charge at you, and some will approach you in a snail-like manner â€“ slow and steady wins the race, right? You need to make the most of the color system during these sections so that you can deal maximum damage to your enemies, so do keep that in mind! 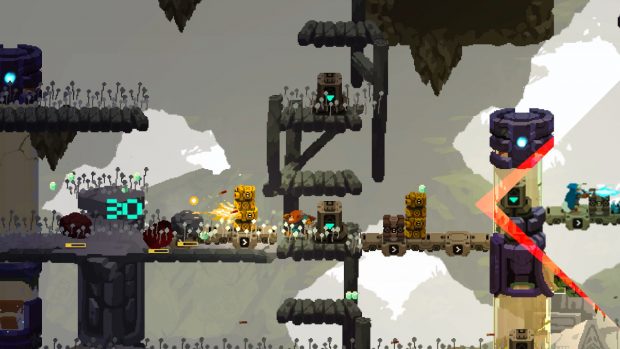 Aegis Defenders really packs a punch with interesting gameplay mechanics and a solid mix of genres, with tons of collectibles and crafting as well as challenging mini-bosses and bosses to defeat. You can even play the game in co-op so that each of you controls one of the main characters as you work together as a team. If youâ€™re looking for a charming, addictive and unique game on PlayStation 4 then be sure to check out Aegis Defenders!

Disclaimer
This Aegis Defenders review is based on a PlayStation 4 copy provided by Humble Bundle. 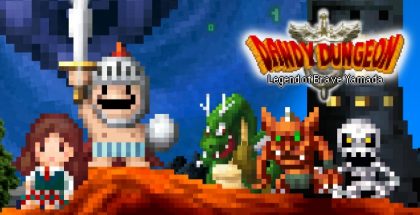