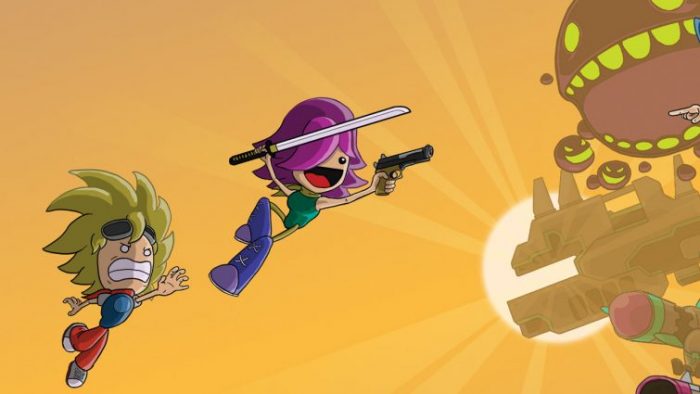 Bootdisk Revolution and Digerati are back on PlayStation 4 with action-packed sequel Bleed 2. Learn more about this fast-paced platformer/shooter in our Bleed 2 review!

I got a chance to review Bleed on PS4 last year and had a lot of fun playing it, so I was definitely up for reviewing its sequel! If you enjoyed Bleed as much as I did, then youâ€™re going to absolutely love Bleed 2! This sequel is bigger, better and bolder, improving on the formula and then some. Youâ€™ll notice the upgrade from the moment you boot up the game since the graphics have seen a nice boost. 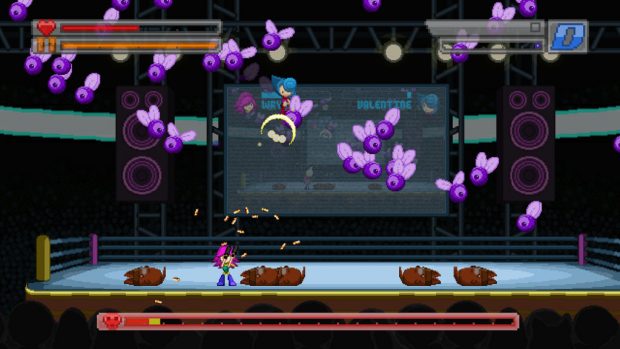 Main protagonist Wryn is back, and sheâ€™s not happy about the explosion that interrupts her gaming time! Wryn knows something is wrong and that she has a job to do, so she gets her guns and swords and sets out to find whoever is responsible. This one, as was the case for the original, is a twin-stick action platformer/shooter in which you can use Wrynâ€™s triple jump to keep her safe as you try to defeat everyone in your path. 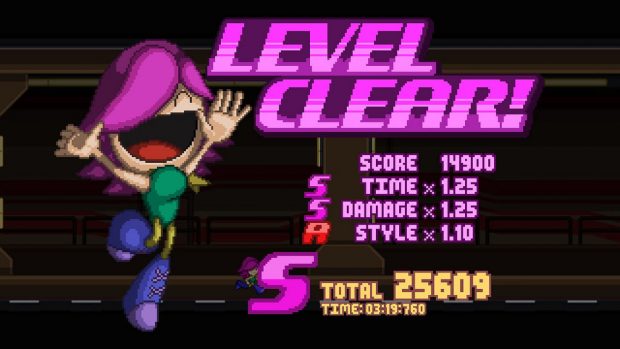 There is a bit more story in this sequel from the gameâ€™s cutscenes, but the overall focus is definitely on the gameplay. I didnâ€™t like that the jumping mechanic was placed on the right trigger for the previous game, and that one is certainly back for this sequel, so thatâ€™s going to be the one complain I have. It does sorta make sense due to how the game is setup and how the action flows, but itâ€™s something I didnâ€™t like and wish I could remap the buttons.

For Bleed 2 youâ€™ll be running and gunning, triple jumping all over the place as you use your swords to melee enemies and to deflect bullets/attacks of a specific shiny color hue. You can use the left trigger to slow down time, which is very handy for boss fights or for when you feel overwhelmed by a large number of enemies out to get you.

Bleed 2 is a frantic game, and it’s more chaotic and exciting than Bleed. Every level is packed with enemies to defeat, some more than others, so you will always be busy and will need to be on high alert. The bosses in the prequel were fun to battle and one of the highlights of that game, so the sequel goes above and beyond that and gives us boss after boss after boss with a diverse range of movement and attack patterns to learn. My favorite boss is the Mantis Core which traps you between its metallic blade arms, and you have to fight it out from within. 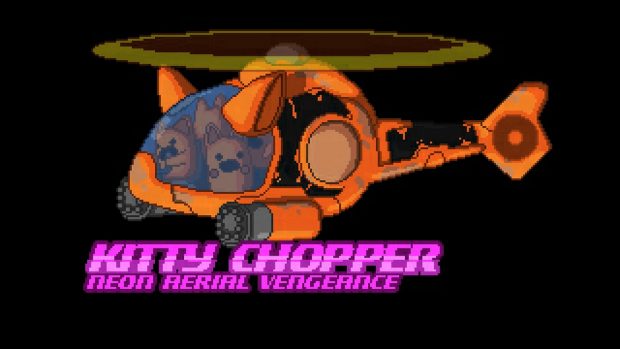 When you finish the gameâ€™s story mode, you will unlock more characters to play as, each with their own loadouts and abilities, and you can also mess around with the mutator system and make your game as easy or as hard as you want. Arcade mode is also available, and itâ€™s a very challenging experience since you only have one life to complete the entire thing. Endless mode offers you random levels for a different type of experience. And then thereâ€™s Challenge mode in which you can pick and choose up to three bosses to fight at once â€“ which is just as crazy as it sounds! 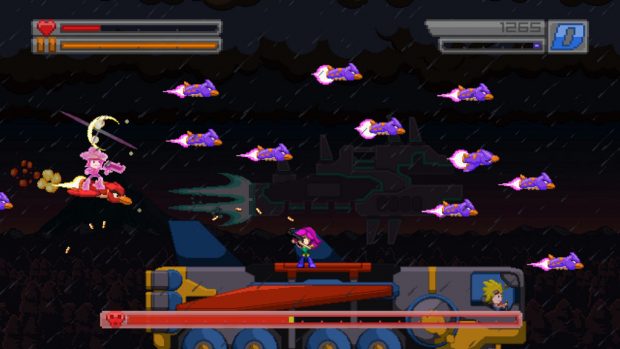 Bleed 2 is an absolute blast to play, and I had an amazing time with it. Other than the button set for the jump (and double and triple jump), this was a very entertaining experience that improves on everything its prequel did right. If youâ€™re a fan of Bleed than getting Bleed 2 is a no-brainer, and youâ€™re probably already playing it. But if you havenâ€™t played its prequel, Bleed 2 is definitely going to win you over.

Disclaimer
This Bleed 2 review is based on a PlayStation 4 copy provided by Digerati.