Game ReviewsMediaNightmares from the Deep 3: Davy Jones
No Comments 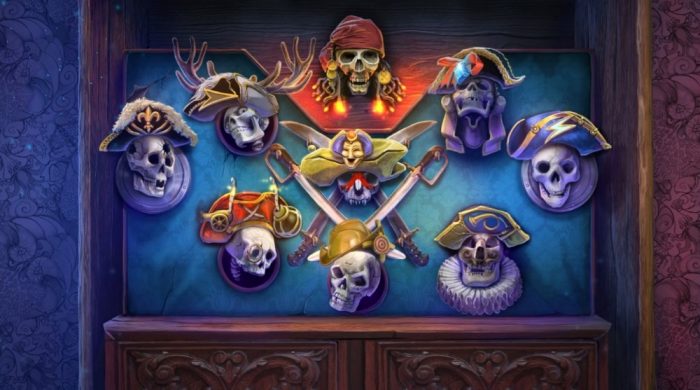 The third installment of the Nightmares of the Deep series is here, and since the first two in the series were very fun with a big focus on its story and the point and click side of things, I was definitely ready to review it! While this one stands on its own, you will definitely get the most out it if you have played the other two games so that you can understand all story beats. 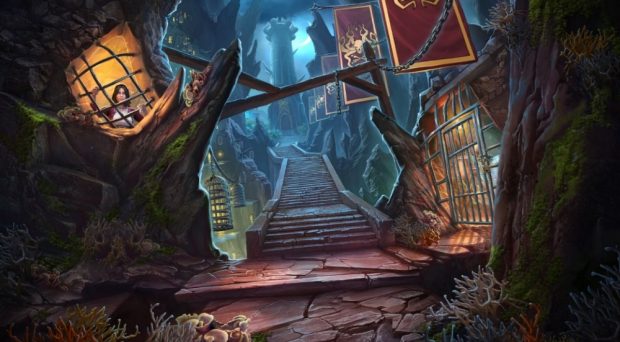 Sarah Black is the main protagonist, as has been the case for the other two games – she is a curator and owns a museum. She has now acquired the necessary evidence to prove the existence of Davy Jones, and calls for a press conference, ready to tell the world about her findings. During the conference, Davy Jones himself crashes the presentation and abducts Sarah along with her daughter Cory, holding them prisoner at his infamous ghost ship. 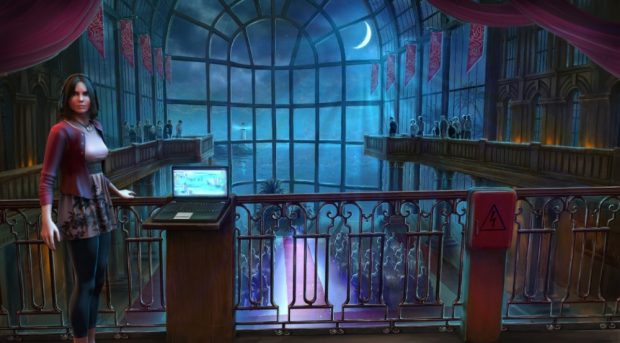 Davy Jones threatens Cory about taking Sarah’s life, so she signs a pact with him that will secure Sarah’s safety in return for Cory staying with him as his slave. Once Sarah is released, she sets out to save Cory by finding out the secrets of the island they were shipped to. It is there that she finds out the truth about Davy Jones. 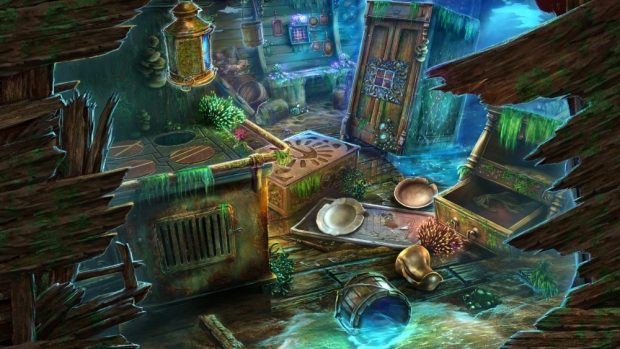 You will search beautiful hand-drawn scenes for items to aid you to solve puzzles, and as you finish each puzzle, you will advance the story, finding new puzzle types. There are several types to enjoy, from classic hidden object puzzles to finding hidden codes. If you are not the best at hidden object puzzles, then you have the option of playing Mahjong puzzles, and you can easily swap between the two with a quick press of the Triangle button.

Also worth noting is that if you will try to get the gameâ€™s Platinum trophy, then you will need to do two full runs of the game: one while doing all of the hidden object puzzles and another doing all of the Mahjong puzzles. You also need to finish the game on Expert difficulty, but thatâ€™s not much of a hassle so I suggest that you start one of these two runs in that difficulty since it shouldnâ€™t prove to be too hard. The differences between the two difficulties are not massive, since your hints recharge much faster on the easier difficulty, and there are penalties for mistakes in expert mode. 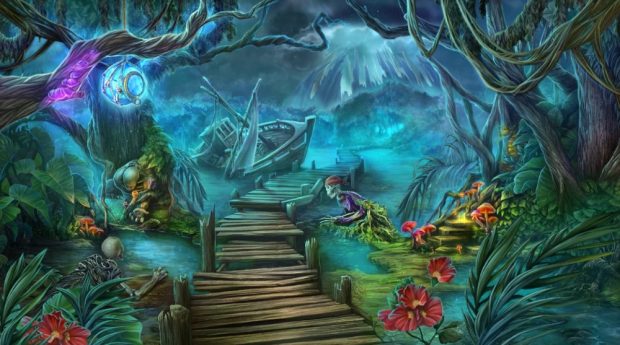 The map makes a return, so if you are lost or unsure of where to go next you can consult your map which tells you where there are available puzzles to solve – it’s a very handy feature to have as you will indeed sometimes get lost. This being an Artifex Mundi game means there are several collectibles to find, so having that map to help you is a great option. 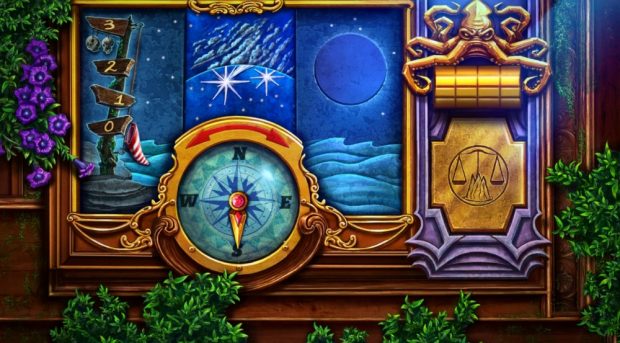 And once you complete the game, you can take on a second campaign that will unlock once you finish the main game. This second adventure is short and last around an hour or so, taking the story a bit further past the main ending. Overall, this brings the total time youâ€™ll spend with the game to 5-6 hours at most, and more than that if you want to get the Platinum trophy. 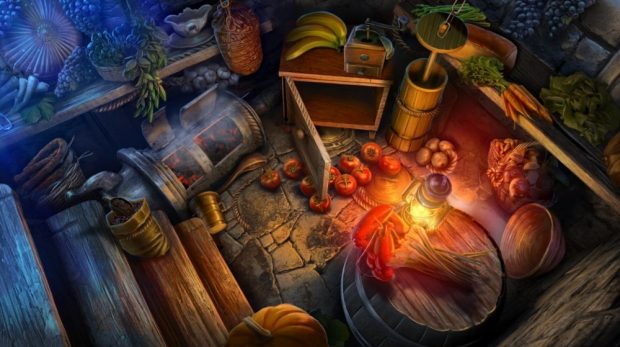 Nightmares of the Deep 3: Davy Jones is a great sequel and a solid point and click adventure game on PlayStation 4. The gameâ€™s graphics have come a long way when compared to the first game in the series, with better-animated cut-scenes, more polished locations with a lot of attention to detail, and several puzzle types to keep you entertained until the end. 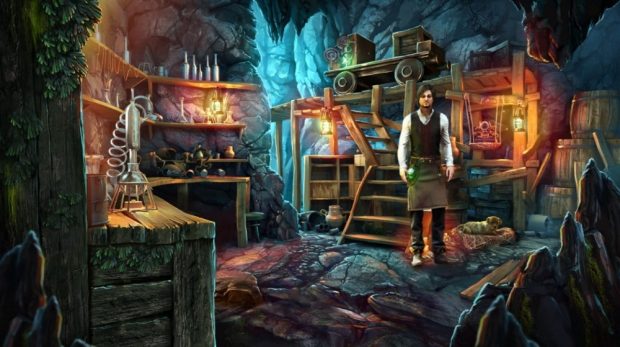 Disclaimer
This Nightmares from the Deep 3: Davy Jones review is based on a PlayStation 4 copy provided by Artifex Mundi.

Great end to the Nightmares from the Deep trilogy

[Beyond PlayStation] Shelter Generations Out Next Week On Switch 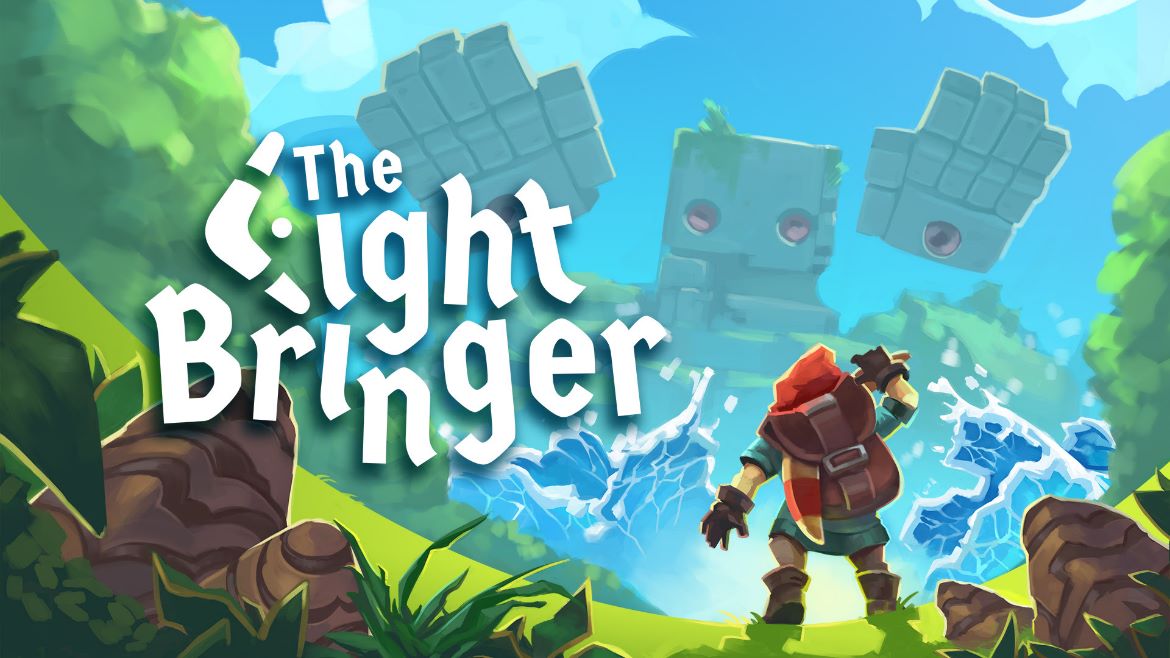