Beyond PlayStationEarthlockGame Reviews
No Comments 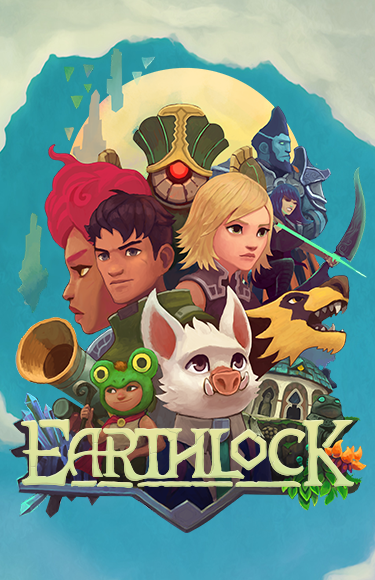 Earthlock is a colorful JRPG now on Nintendo Switch from Snowcastle Games. Is it worthy of your time and money? Find out in our Earthlock review!

After a successful Kickstarter campaign, and a very long development process, Earthlock: Festival of Magic was released on PC and consoles in late 2016 and early 2017. Once that was taken care of, the team got started on the sequel since this was planned as a new trilogy right from the start… and it was then they realized they were not 100% happy with how the first game shaped up. The team had scaled back some of the content and features that could not be completed with the overall budget and development time. The new version is simply called Earthlock, and this is the version we get to play on Nintendo Switch.

What is different? The overall story has changed, giving everything a different feel and flow, with new characters and extra scenes added into the mix. There are also side-quests to complete which keeps you busy while you take on the main story quests. The animations for all characters have also been revamped for a game that looks better than the original version. This is now the definitive version of Earthlock, and itâ€™s the one that Switch owners will get to enjoy at home or on the go. 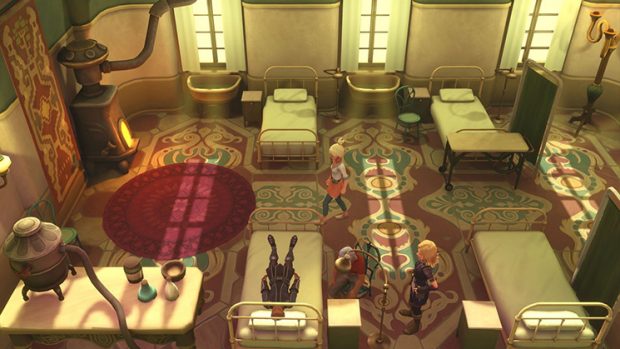 You will get started with a short tutorial by controlling Ive, the daughter of a mighty general, who is taking on her final exam. The game will teach you some of the battle basics, allowing you to do some light exploration as well, interacting with NPC and finding an item or two before the game changes to a pair of adventurers who are exploring a temple based on a tip from a local merchant. The temple will be the first challenge for players, and even though itâ€™s a small area, it will allow you to interact with treasure chests, to battle several enemies – which you can see moving around each area – and even face a boss that will test your skills.

For battles, you should press the B button before the battle timer runs out or enemies touch you when exploring an area or running around in the overworld, since this will grant you the initiative to get the first turn of the battle. The first turn in battle is always very valuable, but at the start of the game, itâ€™s even more important since youâ€™re just getting started and can easily be overwhelmed by a large group of enemies if youâ€™re not careful. This is also crucial when you decide to gather more than one enemy to fight in a particular battle since you have a short window of opportunity to run around and agro some extra enemies. Why would you want to increase the difficulty of a battle by having more enemies in it? Because the more enemies you fight at once, the bigger the EXP bonus from defeating all of them, especially if the group of enemies greatly outnumbers you and you still manage to defeat them without then getting a chance to defeat any of your party members. 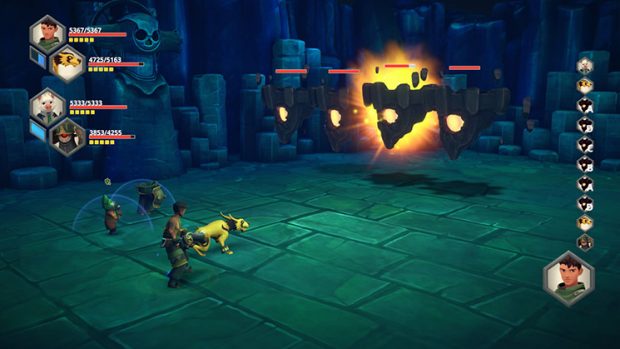 When in a fight, you will need to make the most of each characterâ€™s stance since each stance gives them access to different types of attacks, abilities, and skills. Take Amon, for example. One of Amonâ€™s stances has him basically setup as a stealthy and fast thief who can steal money and items from enemies and bosses as well as hit them fast with attacks that can turn the tide of battle. But the other stance is also very important since it turns him into a long-range attacker who can target airborne enemies, which is something you canâ€™t do with melee attacks – this stance uses ammo, and you can end up crafting ammo with elemental qualities to deal extra damages to those weak to said element. And all of this is only for one character, so each party member ends up being a two for one deal really, greatly increasing the tactical value of each one of them. 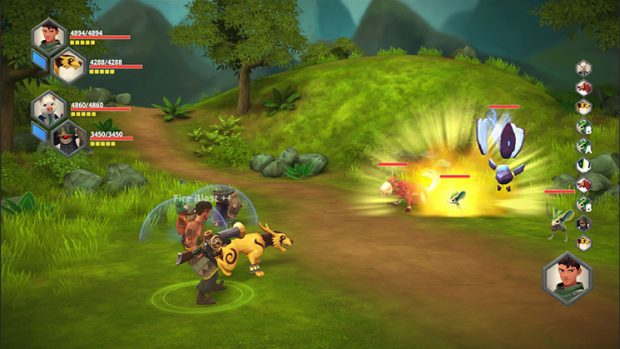 You can change stances from the menu when in the overworld or exploring a dungeon, or you can change stances while inside of a battle at the cost of one energy point thing. You start a battle with two of them, and every attack, skill or ability you use consumes a set number of these energy point things. You will gain one for every turn you take, but you might sometimes need to skip a turn to stock some extra energy so that you can dish out a more powerful skill in your next turn, which might be an attack to deal massive damage at an enemyâ€™s weakness or a healing spell that can keep a party member from being defeated in battle.

Something else to consider during battles is the Pair system. This basically means you can setup your party members in pairs so that they fight together and grow closer. The more they fight together, the more their bond will grow, and this will be reflected in a shared special bar that will give them access to enhanced versions of their regular attacks, skills, and abilities. These can be used at any time as long as you have one full special bar, and Iâ€™d suggest you experiment with how you setup your party so that you can quickly build up your special bar before boss fights to greatly increase your odds. 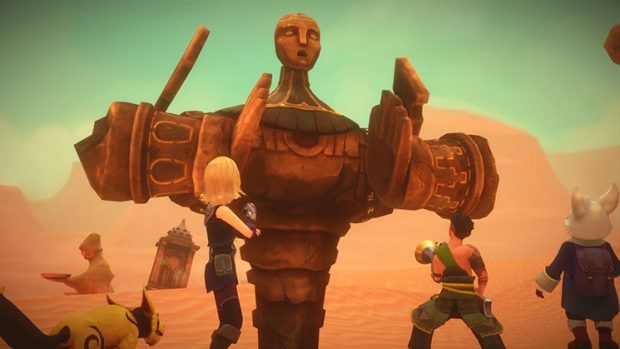 At one point early in the first arc of the story, you will end up in Plumpet Island, a secluded and secret location where there are many things for you to do. First up is gardening, an activity in which youâ€™ll get to plant a variety of seeds to then water the plants that grow from them so that you can harvest the materials provided by each specimen after a short period of time. You need to water plants up to a specific level, marked by a colored bar on the meter, to speed up its growth and to get more materials every time you harvest said plant. After watering and harvesting a plant enough times it will level up, thus providing you with more materials every time you harvest it, and you can then repeat the cycle some more to level it up again. And what do you fo with all of those materials? Well, you use them to craft valuable items and ammunition in a small house close to the garden! Early in the game, you will be able to make helpful health potions and valuable ammo for your long-range party members, but later on, you will be able to craft more things as you find new recipes. 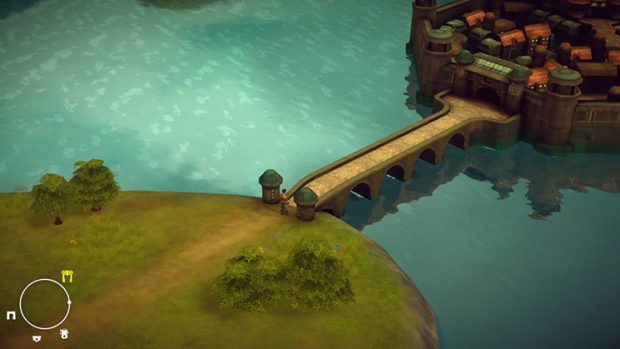 At another building in the island, youâ€™ll also be able to create special cards you can place on each characterâ€™s talent board to be able to unlock new attacks/skills/abilities as well as boost a characterâ€™s stats or add extra bonuses to their actions. There are different types of cards to place on a talent board, and you can only place then in the corresponding slot type as long as you have enough talent points to take care of it. I suggest you balance your party by distributing a card to each talent board as yo go without focusing only on one party member or else you might end up regretting it later on. There are more things for you todo on Plumpet Island, but Iâ€™m not going to spoil them here – youâ€™ll need to play the game on your own to find out more about the extra quests you can complete and what other buildings can be used for to help you on your adventure. 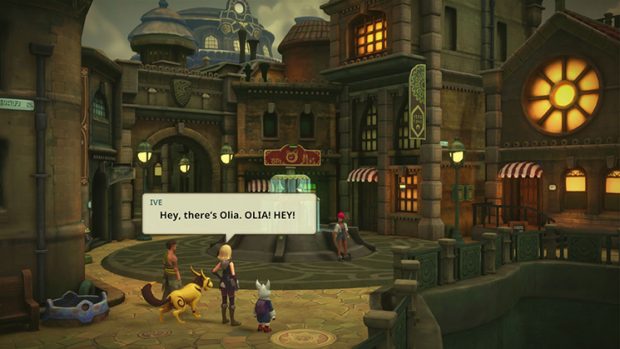 Something else I wanted to mention is how each party member also has a special skill that can be used while in the overworld. For example, Amon can check piles of junk and find useful materials for crafting; Gnart can harvest plants to use in his concoctions; Ive can slowly sneak around to try and keep enemies at bay, etc. You can quickly change between party members when in the overworld, so youâ€™ll be able to make the most of each of their skills in full.

Earthlock is a colorful and fun homage to the JRPG of ages past, refining the formula by adding many of the gameplay mechanics of this decade. The team at Snowcastle Games have improved on their original release, giving us a meaty adventure that is fun from start to finish and which you should definitely check out on Nintendo Switch.

Disclaimer
This Earthlock review is based on a Nintendo Switch copy provided by Snowcastle Games.