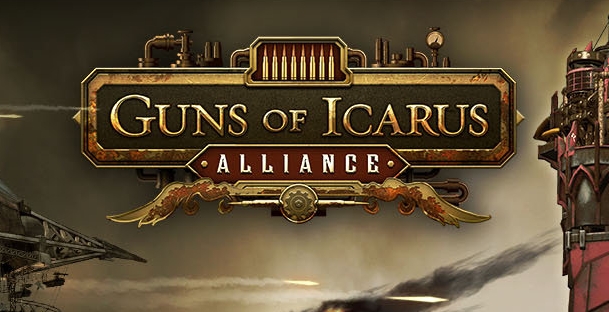 My adventure with Guns of Icarus Alliance began with the tutorial which, to be honest, felt a bit slow. I was sorta expecting it to be this way due to the game’s nature, so I got into the boots of an engineer, and I had to put out fires, bang on machinery and even fire at targets. It showed me the basics of what I could and could not do in the game, so it definitely did its job. 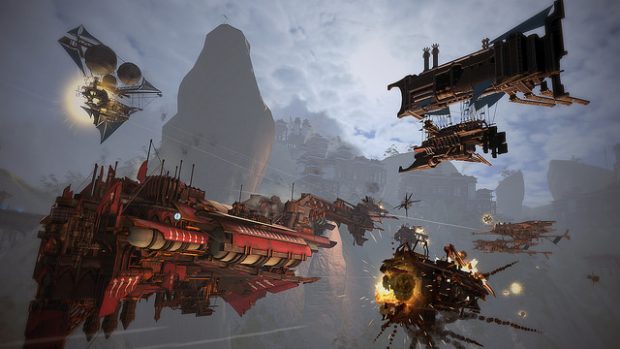 To be able to enjoy the game and its PvE and PvP multiplayer matches, you’ll need two things: a SEN account and a PS Plus subscription since all online multiplayer is tied to that sub. Worry not because if you don’t have an active PS+, then you’ll be able to take on battles against the AI or crews with aI teams. 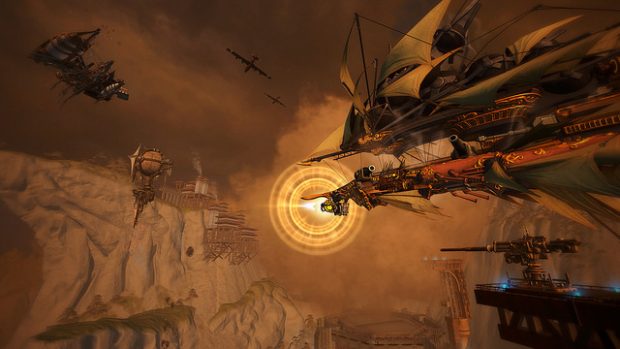 After the tutorials, you’ll be able to select your role between a Gunner, a Pilot and an Engineer. You and your team must crew an airship and work as a team to gain control of the skies against other factions in a steampunk themed online multiplayer game. You will fight a war in the sly with six other factions. To win games, you need to be quick and efficient at repairing your ship while waging war. Because of this, and the amount of work needed to continue to fly, the game is very team-focused – its teamwork that will win matches.

You need to rebuild your ship as you go, put out fires, repair damage, as well as adding boosts to parts of the ship – there is a lot to do which you’re either going to love or hate. You need four players to man a ship, but there are only three classes to choose from, so you need at least one pilot and one engineer, and I’d suggest you have two gunners to make the most of your ship since there are multiple guns on your airship. Your pilot can issue orders players via voice or text chat as problems arise. Each class has specific abilities befitting their role, and each can carry one item that is specific to said class. For example, the fire extinguisher is specific to the engineer class. 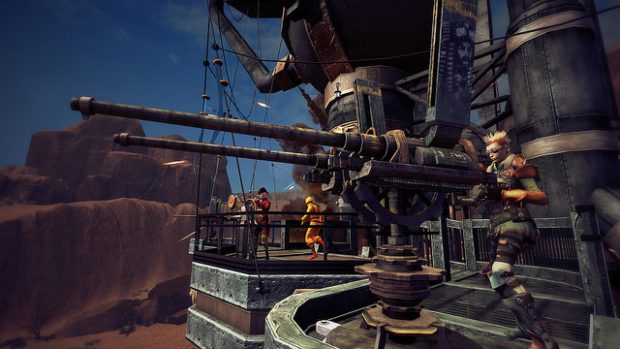 The gunner will shoot at marked spots which are set by the pilot, and targets to shoot at can be near or far, so you might need to maneuver your ship to place it at the right spot for you to maximize your damage output. The role of the gunner is probably the easiest class to play as since it’s role is very much set in stone. The roles of the pilot and engineer are definitely more complex and might be too stressful for some players, so do keep that in mind. Oh, and you can level up classes and unlock new abilities as you progress to mix things up as well!

Although I do love the steampunk setting and the design for the airships and enemies, playing as each of the three available classes was a bit of a mixed-bag. I really enjoyed playing in third person view with all three (but you can also play in first person view), but had more fun with the gunner class than with the other two since they had too many things to do for my taste. The game offersa full trophy list with a Platinum trophy, but you do need to be aware of its online-heavy component, so you won’t be able to earn the Platinum if you play offline.

Disclaimer
This Guns of Icarus Alliance review is based on PlayStation 4 copy provided by Muse Games. 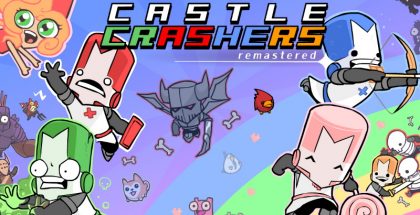 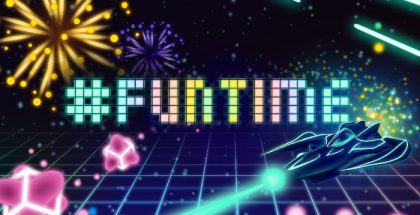