Beyond PlayStationGame ReviewsThe Adventures of Elena Temple
No Comments

[Beyond PlayStation] The Adventures of Elena Temple Review 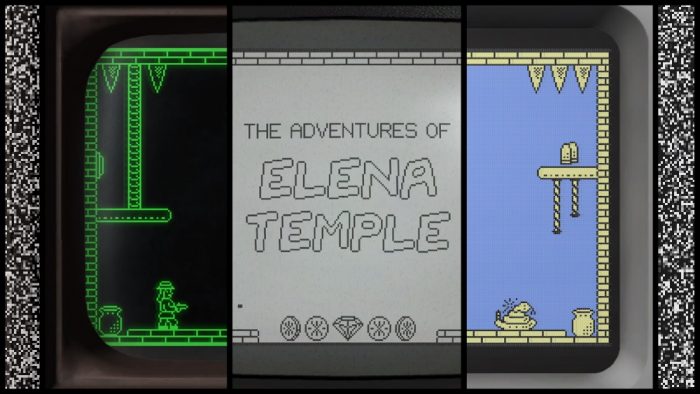 There’s a funny “backstory” for this game which was allegedly released many years ago on a series of failed systems, which is why the game tanked on every platform released – it never sold more than 31 copies and forced the dev to move back into his parents garage because he didn’t earn money from the game. The game is part homage to the good old days of 2D gaming and part tongue-in-cheek commentary on the gaming industry, and it’s a very good one! 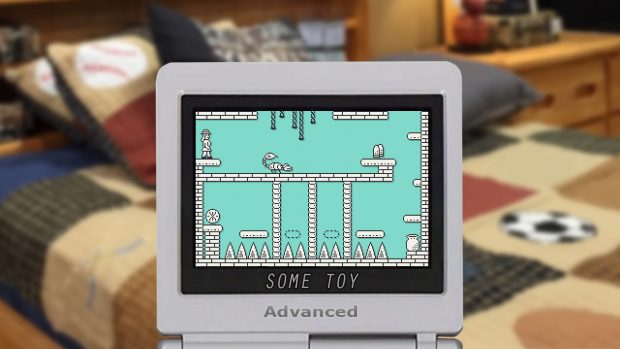 There are some fun skins for the game that show you what the game would have looked like if it was actually released for old video gaming hardware, with nods to an Amiga-like, a Commodore 64-like and more. I got a kick out of seeing the game’s many looks, and this alone would have certainly caught my attention, but luckily the game is also fun to play! 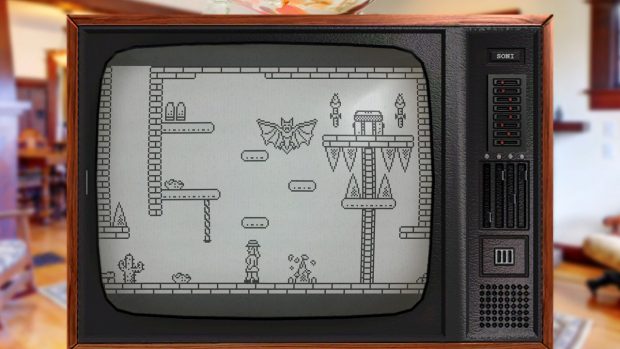 You are Elena Temple, a female adventurer that must platform her way through 50+ dangerous rooms, each feeling like its own small puzzle. The difficulty ramps up as you go, and your goal is to find all eight gems hidden inside the huge temple. You’ll need to survive as you avoid deadly spikes, dangerous enemies such as snakes and bats, and more! One hit is all it takes, as was usually the case with games from “back in the day,” but worry not because you’ll quickly respawn without delay. Some trial and error will definitely help in some of the game’s rooms due to how Elena runs and jumps and how her gun has a very limited amount of bullets available: the gun only has two bullets! There’s ammo scattered around the levels, and while some of it is easy to obtain, other will require… some ingenuity on your end. 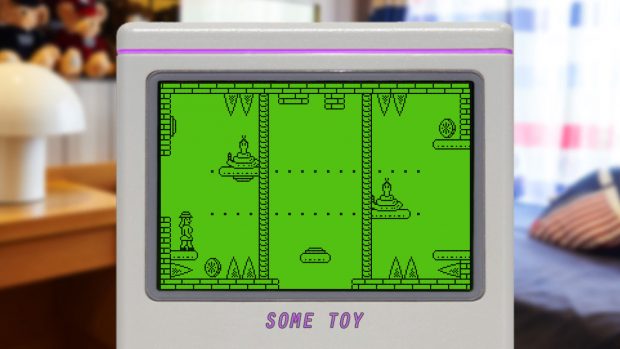 There are plenty of coins to collect, several of which are in plain sight, while others are hidden inside of vases. Since you need to shoot at the vases to grab their contents the question is, do you want to shoot at a vase for a precious coin or will you save that bullet for a pesky enemy? You only have two bullets… remember? Elena can jump, and she can also climb onto movable platforms to reach any collectibles before moving to the next room. The good thing is you can return to any previous areas at any time, and unlike in the good old days, your game will autosave at a steady pace, which is definitely nice, right? 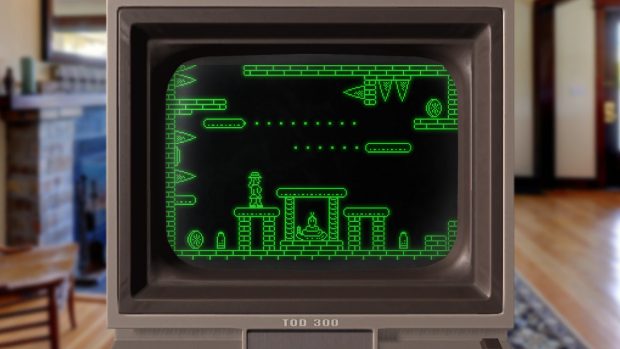 The game looks and feels very much like a game made during the pre-NES era, and it features a simple and smooth control setup. You move, you jump, you shoot, you try to stay alive. The game’s minimalist retro-inspired looks make this a game with a very clean presentation, without any clutter on the screen, just like the games we used to play way back when. The graphics themes that make it seem as if the game was being played in the old consoles from the game’s backstory, but which never existed, pay homage to the classic consoles and computers some of us grew up playing, and that definitely makes the game feel better to me. 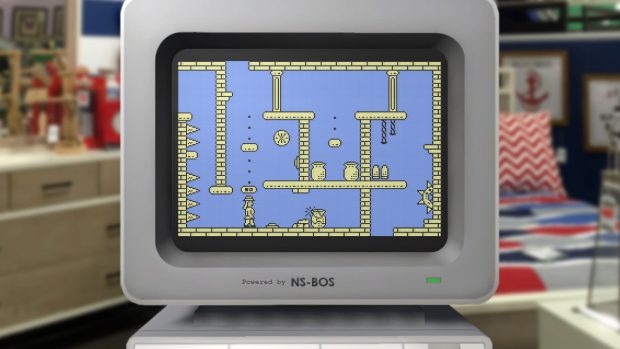 The Adventures of Elena Temple is a fun 2D action platformer with a solid look and a great feel that will keep you busy for several hours. It’s only $4.99, so it’s definitely worth a shot if you’re looking for a game that will make you fill a bit nostalgic while also providing you with a fun experience. 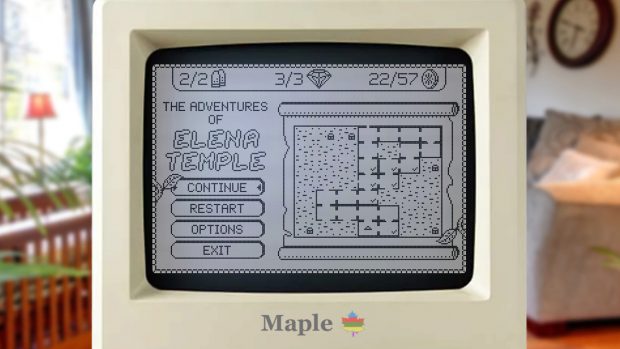 Disclaimer
This The Adventures of Elena Temple review is based on a Nintendo Switch copy provided by GrimTalin. 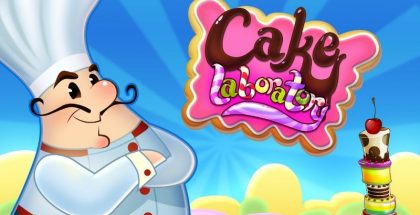