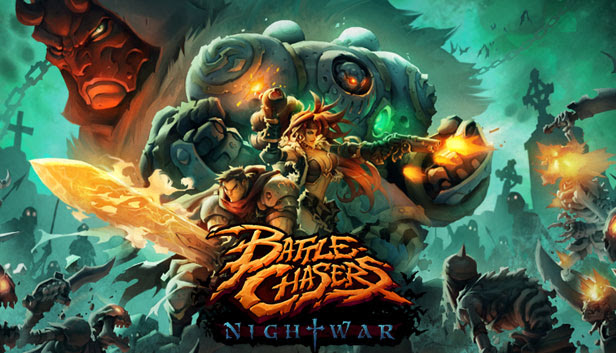 Battle Chasers: Nightwar is a fun and addictive JRPG that is packed with randomized dungeons to explore and loot as you battle tons of enemies. The game went to Kickstarter way back in 2015 with a $500,000 main goal, and it managed to reach that and an extra $350,000 for some stretch goals for dungeon modifiers, extra languages for localization, an extra mini-game, a new playable hero and more! Nintendo Switch was not part of the initial platforms on which the game would be releasing, but thanks to the support of THQ Noric, we now have this one to play at home or on the go… and I’m happy to report it looks gorgeous when played on the TV or on the Switch’s screen! 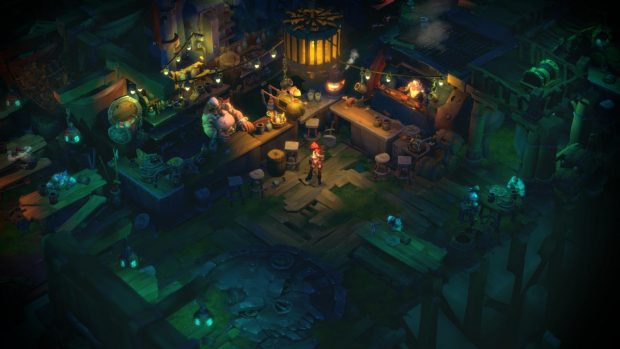 The story follows Garrison, Knolan, Red Monika, Gully and the friendly giant robot Calibretto in an adventure in which Gully is searching for her missing father. You’ll find allies, secure loot, fight bad guys and monsters, level up as you, and maybe even save the world. Battle Chasers: Nightwar pays homage to the JRPG of ages past while also giving us some new things to try in the year 2018, which is definitely the way to go! For example, instead of random battles, you will be able to see enemies on the screen, and as soon as you make contact with an enemy, a battle will automatically start. You will then take on a turn-based fight in which your party members and the enemies take turns dishing out damage and trying to stay alive. 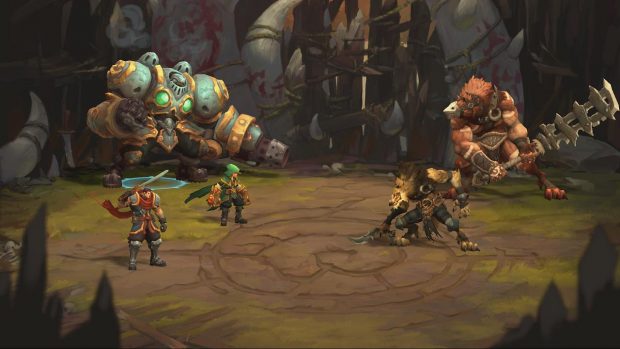 You will need to take into consideration what type of action you want to carry out, how your enemies will react to it and how long it will take for your attacks or skills to come into play. You might want to use a powerful spell, but since it won’t instantly be cast, you need to take into consideration how many attacks your enemies will get before you can do some considerable damage with your magic. Each character in your party has different skills, and you need to make the most of each one to succeed. For example, Knolan can heal party members, but he can also devastating attack spells, so you will need to plan and see if you should heal, attack, or defend so that your party members can survive. You can only have three party active members, so you will get to experiment as you progress through the game.

You can repeat dungeons at your leisure and grinding is not a big necessity here as is in most JRPG. You can get through at least half the dungeons without the need to grind, but each time you enter a dungeon the layout is randomized, so it sorta feels like you’re experiencing a brand new dungeon… because, well, you are! This is something that could make or break a game, but worry not since in this one it works and it helps to provide a fresh experience for every dungeon you tackle thanks to the great enemy design, solid battle mechanics and the ton of loot you can acquire. The money you collect will be useful when you visit the towns in the overworld map, so be sure to make the most of it as you go! 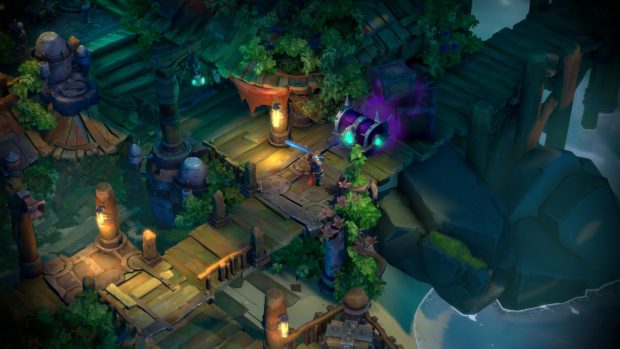 The one thing I didn’t like is that inactive party members do not earn any EXP, and thus they won’t be able to level up. This forces you to rotate party members so that none are left behind, and is a bit of a bummer since I would have preferred that they got a bit of EXP so that they’re not completely relegated level-wise if you don’t use them often. So, if you want a balanced party, then you’ll have to switch up every now and then so you can utilize the skills of all party members as the dungeons do get more difficult later in the game and having someone a handful of levels back from the rest is far from ideal. 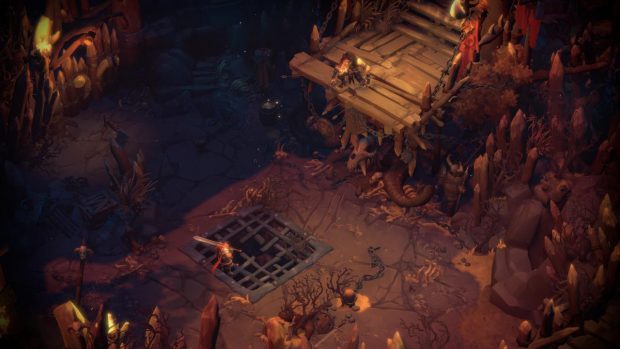 This is definitely not a short game since you’re looking at 30+ hours just to get through the main story, and when you add the sidequests and extra stuff, as well as the replay value of being able to take on the dungeons with new layouts and new loot to collect, you’re probably looking at 50+ hours when all is said and done, if not more! There are optional enemy battles and sidequests you should definitely take on so that you can level up a bit more on the side because the perks you earn are definitely a big plus and they will greatly aid you on your adventure. 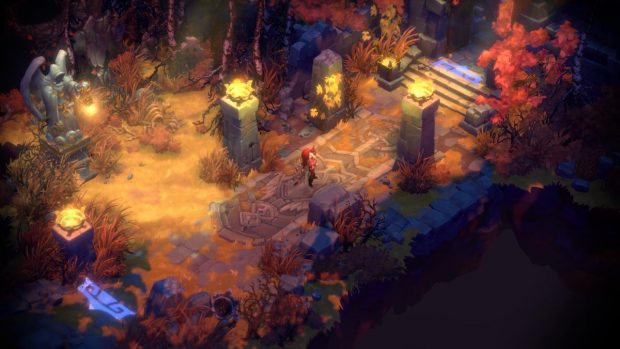 Battle Chasers: Nightware is a must-have JRPG on Nintendo Switch that you have to play today. The game has a ton of content, gorgeous graphics, solid battle mechanics, cool characters to play as, and you can play it at home or on the go thanks to the Nintendo Switch. The only complain I hvae for the game is the long loading times which should be there in a game released in 2018, so hopefully the team at Airship Syndicate is currently working on a patch for the game to lower loading times – it’s not a crazy idea since we’ve seen several releases on Switch get patches to improve overall performance and to lower loading times. 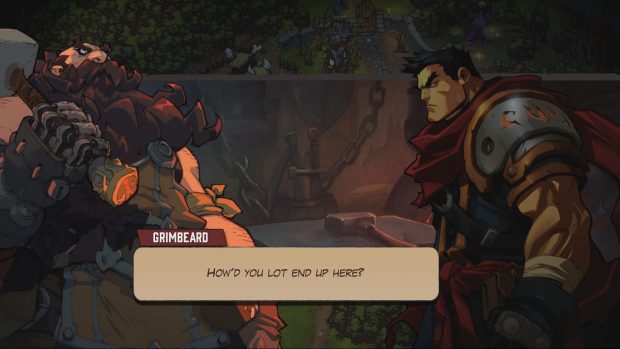 Disclaimer
This Battle Chasers: Nightware review is based on a Nintendo Switch copy provided by THQ Nordic.