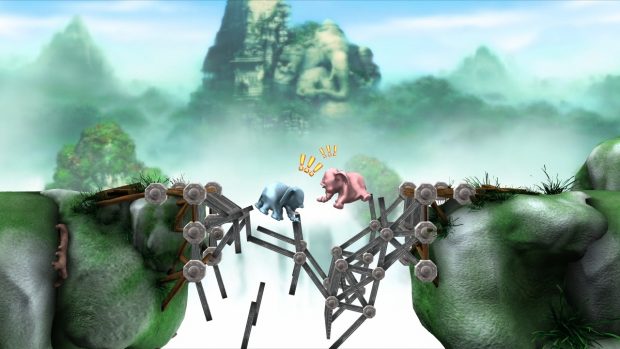 Elefunk is a small puzzle game that released way back in 2008, during the early stages of the PSN… and it is the first digital game I ever purchased! In this puzzle game, your objective is to build bridges using the different pieces offered in each stage. Building structures is already fun, but in order to get through to the next level, they must be strong enough to carry elephants !

I really liked playing through the different stages of Elefunk. It’s a colorful game, and the puzzles were fair to figure out. There are a little more than 20 different levels separated in 4 different worlds, and I managed to clear the game in around 6 hours (at least I think that’s how long it took me… it’s been 8 years!).

Since this game is an early release for the PS3, it has no trophies to earn, but it was a fun game to play with my family!

You can purchase Elefunk from the Playstation Store right here.

[Beyond PlayStation] The Fall Review