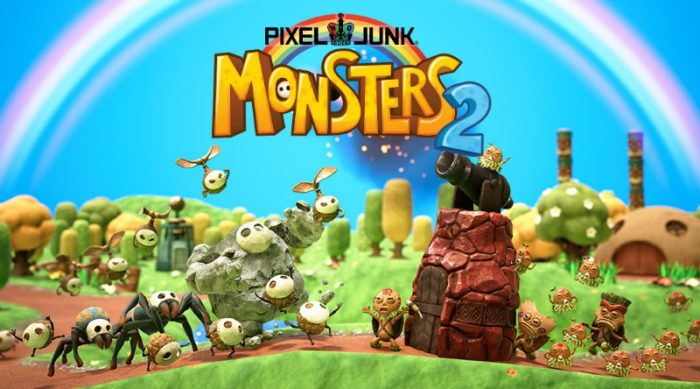 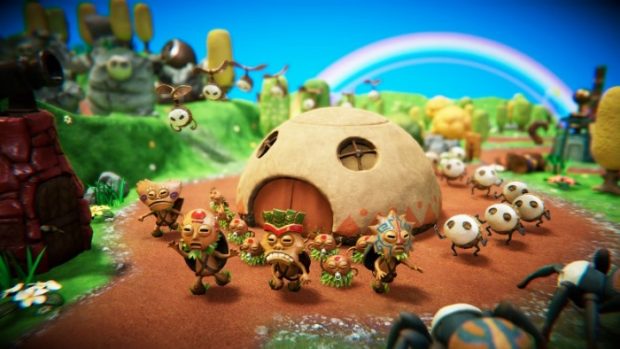 Iâ€™m a big fan of tower defense games, and one of the games in the genre is PixelJunk Monsters from Q Games. Itâ€™s out on PSP, PlayStation 3, Vita and Nintendo Wii U, and itâ€™s a game that will grab you from start to finish, keeping you busy with the single screen action at all times as you try to build towers along the paths that enemies will take to defeat them before they can reach your base and kill one of the creatures youâ€™re protecting. If all of the creatures at your base are defeated, then you lose and must start all over again. Unlike most tower defense games, in this one you control a character, Tikiman, to run around each stage, building towers and collecting the coins and gems left behind by the enemies you defeat so that you can spend them to build more towers.

The sequel behaves the same way, with you controlling Tikiman to move around each stage as you collect coins and gems to build and upgrade the towers available for your convenience. You can still dance around a tower to give it some extra experience (towers receive experience from each enemy they defeat) to level them up, and the higher the level of a tower, the longer you will need to dance to give them a proper experience boost â€“ towers can be upgraded up to level five. 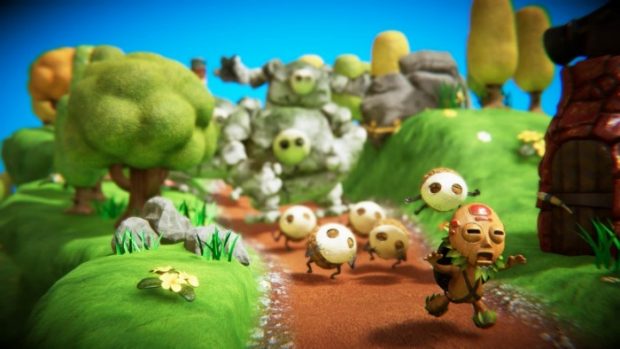 There are also changes to the overall formula that make this feel very much like a sequel that improves on things. Levels are no longer confined to a single screen, so youâ€™ll need to move around each of the included stages to find the best configuration possible to defeat the different types of enemies based on their nature and the paths they take. You also have fruits that fall from the trees and you can use the different fruits to aid you on your quest to keep enemies at bay. Another change is that when you build a tower it will end up taking more than one tree with it, which changes how you need to approach the game since building a tower in the middle of the woods might not be a good idea since you might be left without any trees around it to reinforce your defensive block.

But the biggest chance overall is the gameâ€™s look. Gone is the hand-drawn pixeltastic look from ages past, and now we get to play the sequel with a gorgeous art style that would make you think they used some very high quality stop-motion models (with some Claymation) here and there to make the everything in the sequel â€œpop.â€ You can see how great everything looks by playing from the overhead view that the game defaults to, but if you hit the ZR button youâ€™ll be taken into an up-close third person view of the action in which Tikiman, the enemies, the environments and the towers come alive as if you were playing around with a toy set. It looks GREAT, but it is highly unpractical for gaming, but it is great for taking some great-looking screen captures of what is going on as you play.

As you complete each stage in the available difficulties you will get Ancient Coins which you can use to purchase new Masks and Shells to customize Tikiman. You can also gain Ancient Coins for reaching certain milestones, such as building X number of towers, defeating Y number of enemies, collecting Z number of coins, etc. The more you play the game, the more Ancient Coins you will accrue, so get right to it! 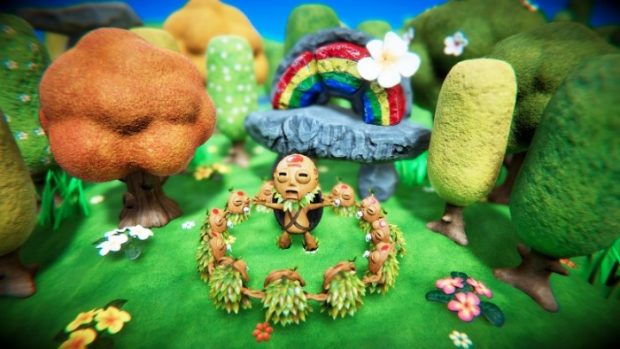 I’ve had a lot of fun playing PixelJunk Monsters 2, and I definitely liked the new art style and more frantic gameplay. The game has more than enough content to offer for its $14.99 price, and as thank you, Spike Chunsoft and Q Games have made available a DLC pack for Golden Masks and Golden Shells for you to dress Tikiman in, and they’re free of charge if you get the game and the pack before June 8. There are also two other DLC packs on their way. the first one arrives on July 3 and is the Danganronpa Pack which adds a new area with 3 stages, a new tower type, 4 new enemy types and Danganronpa themed masks. On July 19 you can get the Encore pack which adds a new area with 3 stages, a new tower, four new masks and four new shells. Each DLC pack will be available for $4.99.

Disclaimer
This PixelJunk Monsters 2 review is based on a Nintendo Switch copy provided by Spike Chunsoft.

[Beyond PlayStation] The Way Remastered Review