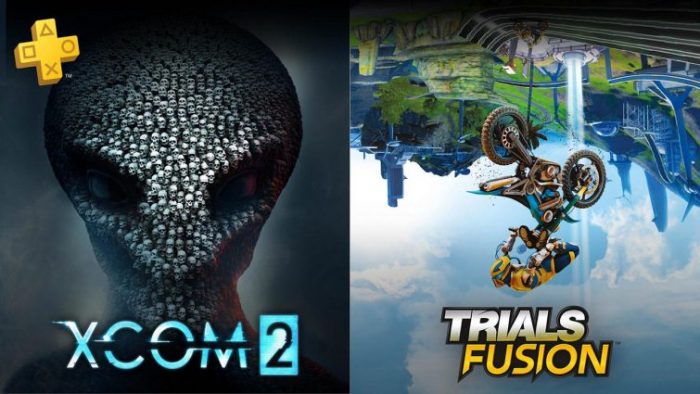 Another great month for PS+ featuring a fairly recent and excellent turned-based tactics game and a fun motorcycle puzzle game. Check out what this month has to offer!

Earth has changed and is now under alien rule. Facing impossible odds you must rebuild XCOM, and ignite a global resistance to reclaim our world and save humanity.

• XCOM ON THE RUN: Take command of the Avenger, an alien supply craft converted to XCOM’s mobile headquarters. You decide where to guide your strike team, how to grow popular support, and when to combat enemy counter-operations.
• RECRUIT RESISTANCE FIGHTERS: Five soldier classes, each with its own skill tree, let you create specific soldiers for your tactical plan.
• A NEW BREED OF ENEMY: A diverse cast of enemies offer a distinct tactical challenge.
• RESEARCH, DEVELOP AND UPGRADE: Use your Scientists and Engineers to research, develop and upgrade weapons and armor to fit your preferred tactics.
• EACH MISSION IS A UNIQUE CHALLENGE: Go on missions around the world, with virtually infinite combinations of maps, missions and goals.

Take on an unlimited array of platform-racing challenges in the unreal world of Trials Fusion. Using your skills to traverse across obstacle-laden, ramp-ridden courses, you must strive to set track records against the best Trials players around the globe. Whether you’re racing alone, with friends, or in a global tournament, competition is always around you. And racing on official courses is just the beginning. A rich world of custom courses—built by some of the most creative and skilled content creators in gaming—awaits those who are continually searching for a new, insane track to conquer. And with long-term support of fresh features and content, the Trials experience will continue to expand and challenge players in new and exhilarating ways.

Insane mix of cars, speed, explosions, blood and zombies! Fight through an epic narrative campaign or test yourself in the Slaughter and Blood Race modes. Engage huge bosses, save survivors, drive crazy vehicles such as a bulldozer, fire truck or even a tank and smash everything in your way. Take part in the Blood Race tournament – chase other cars and take them down without mercy on brutal racing tracks. Jump into the Slaughter mode and survive as long as possible on specially crafted arenas.

There is nothing fair, honorable, or just about combat. There is only winning and losing—the dead and the living. The Ghosts don’t fret about even odds. They do everything in their power to overwhelm and obliterate the enemy. In Ghost Recon Future Soldier join an elite team of highly trained, cut-throat special-ops soldiers. Armed to the teeth with unrivalled combat technology and cutting-edge military hardware, Ghost Recon takes you to the globe’s most deadly warzones to hunt down the highest value targets. Download the full game today!

The most entertaining multiplayer action platform game of the year has just arrived! Enter the arena as one of the eight Atomic Ninjas and battle it out against other players and bots, online or locally!

Outsmart and outflank other players, upgrade your Super Abilities and use crazy ninja weapons and gadgets. Only the most malicious players win!

– Eight Super Abilities, such as Invisibility and Super Speed, that will turn you into a stealthy ninja, an agile acrobat, or an unstoppable hulk!

– Six arenas full of danger, moving platforms, traps and hiding places that become your playing field where you can hunt and humiliate other players!

– Lots of game modes, including Deathmatch, Capture the Flag and Treasure Hunt.

Squares is a puzzle reflex game for the PlayStation®Vita system. The objective is to turn grey all the blue squares, while dealing with different kinds of squares before the time goes up. The game features 91 levels as well as a level editor for creating your own challenges.

This is a pretty good month for PS4 titles featuring both the excellent XCOM 2, a really great tactical turn-based game, and Trials Fusion, a game I reviewed many years ago and loved!! Ceidz and EdEN reviewed Atomic Ninjas and liked it, so I’m looking forward to trying it on the Vita. Squares looks like it could be a fun time waster. I remember people liking Ghost Recon: Future Solider so it’s not a bad game for PS3, and Zombie Driver HD looks like a interesting top down game, but I’m not quire sure if it’s going to be my cup of tea.