Slime-San initially released in 2017 on the Nintendo switch, and I kept hearing a lot of great things about the game, so I was definitely hoping it would also release on PlayStation 4. Fabraz and Headup Games have now brought the game to the PlayStation 4 and have rebranded it as the Slime-San: Superslime Edition, since it includes the main game and all DLC in a single download. If you havenâ€™t heard about this game before it is a tough but enjoyable 2D platformer with a fascinating look, charming characters and a great soundtrack. 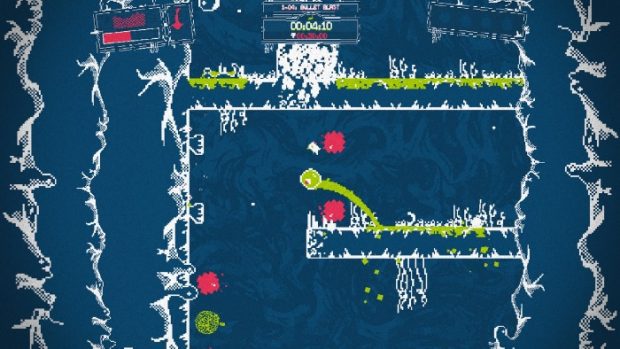 Apart from the name, the action is just as good as it was on the Nintendo Switch, and you now have access to extra content in the form of more 2D platforming as well as several very fun mini-games that pay homage to video game classics of ages past. The game starts when Slime-san is swallowed whole big a gigantic worm, so your goal is to help him escape before the worm digests his little soul forever. Because of this, each level is set on a timer, so you basically need to speedrun through each stage as quickly as you can before the time runs out. This does mean that you will die a lot since everything and anything that moves is out to get you. The game has a nice difficulty curve, and the first set of stages will serve as an extended tutorial of sorts. 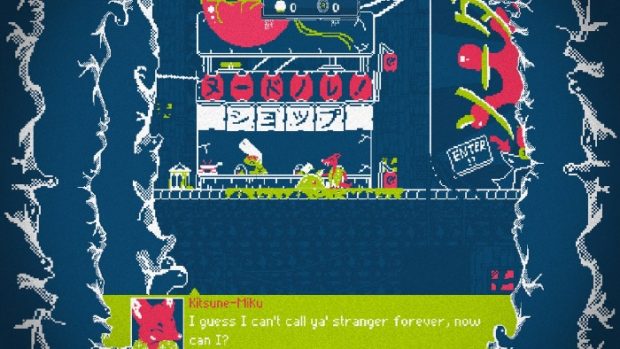 As you progress the difficulty ramps up considerably, and to spice things up you will also have to face a boss at the end of every world. There are many obstacles to overcome during the platforming sections, so youâ€™ll need to stay clear of things such as spikes, disappearing platforms, bottomless pits and more â€“ you know, the usual. The puzzles can be approached in different ways, so there is room for some experimentation as long as you think a bit outside the box. You can slow down time for a bit, phase through colored barriers, and perform an air dash. The gameplay mechanics are introduced at a steady pace so that you donâ€™t feel overwhelmed, and you will eventually be able to teleport to a different part of a level, shift gravity and even change the size of Slime-San!

Because of the collectibles, the game is very replayable, as there are lots of secret areas to find, plus speedrunners will enjoy the thrill of racing against time as they try to improve their overall time total. Death will be both a blessing and a curse since with every failure you will learn something new, find a new route to take to lower your overall time or to avoid a hazard that was giving you trouble, until youâ€™re in a Zen-like state of mind, running, jumping, dashing and smashing your way through each area. 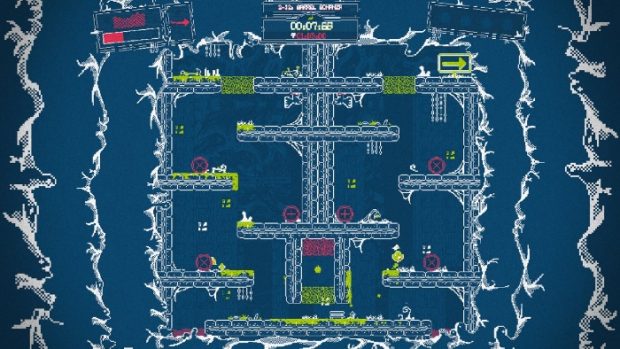 The game also includes six very fun mini-games in very different genres, which are a welcomed addition to an already very fun release. You can play Action Paddle, a new take on the classic Pong, dive into a bullet hell shoot â€˜em up, find an action RPG that is heavily inspired by The Legend of Zelda: A Link To the Past, a kart racing game that, as you can see from the trailer above, is also inspired by one of the best games on the SNES, a dark and gloomy FPS shooter, and a parody game with a 64 at the end that youâ€™ll get a kick out of playing. 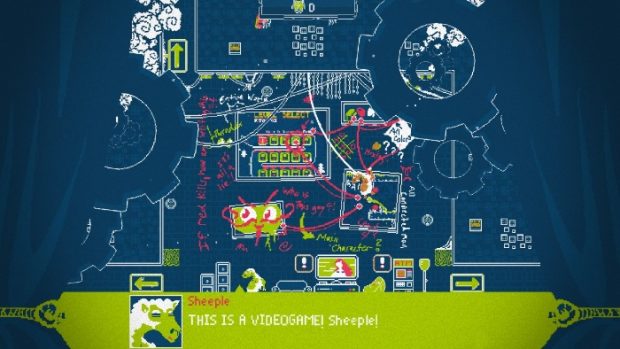 And as if all of this wasnâ€™t enough, you’ll also have access to Blackbirdâ€™s Kraken, a separate thing in which when you were about to take a vacation with your family, you get eaten whole by a giant Krake, as well as to Sheepleâ€™s Sequel, in which Sheeple believes heâ€™s an NPC in a video game, so he does what one usually does when that happens: he decides to recode himself as the villain of the game! More content is always great, especially when a game is as fun as Slime-San. 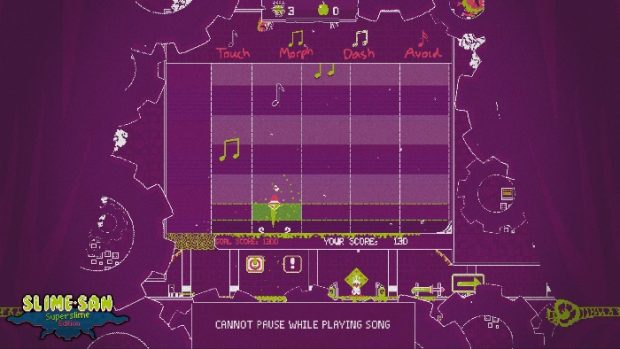 Slime-San: Superslime Edition is a must-have game on PlayStation 4 with a ton of content to offer to fans of 2D platformers that provides a good challenge from start to finish. The extra mini-games elevate this one into â€œwhy are you still reading this review when you should be out buying the game?â€ territory, so go and download this one today!

Disclaimer
This Slime-San: Superslime Edition review is based on a PlayStation 4 copy provided by Headup Games.