Ah, Tembo The Baddass Elephant. This excellent action platformer from GAME FREAK and SEGA is a game that you should definitely have in your PlayStation 4 collection. An elephant under the employment of the military who is called to repel an attack from the Phantom Army as he rescues captured civilians? What’s not to like?

This action-packed 2015 release will take you around 6-7 hours to complete, and if you go for all trophies you can add an extra 2-3 hours in top of that, since you basically have to do a perfect run for every single level so that you can get the perfect score (“defeated enemies”) for each stage. This means finding and defeating all enemies and rescuing all civilians in a single level run (no, those you rescued before aren’t automatically added to your count when you replay a level. Are you up to the challenge? 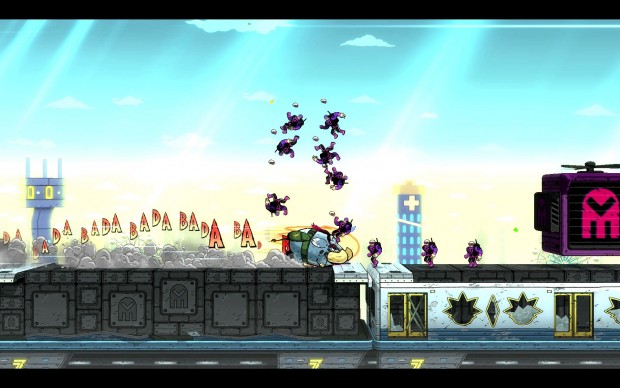 Unfortunately the game does not include a Platinum trophy (since back when the game was released the requirements for having a Platinum trophy in a digital-only PS4 release where different), but it’s definitely a fun list toc complete!

Have you already played Tembo The Baddass Elephant? What did you think of the game? Let us know in the comments below!