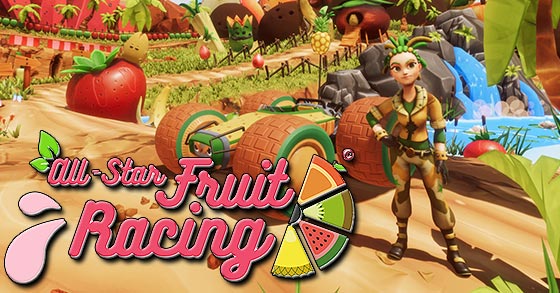 Go bananas for this new kart racer, that could get a cherry on top or be a rotten old piece. Find out in our All-Star Fruit Racing review!

Go bananas for a jaw-dropping, lightning-fast kart racer for all ages and abilities! All-Star Fruit Racing propels players into vibrant worlds filled with incredible action: drift through looping bends, soar over monumental jumps and defy gravity itself around tubular tracks in an explosively colorful racer bursting with championships, modes and awe-inspiring sights!

The one genre the PlayStation 4 seems to be missing out on is kart racing. There really aren’t many kart racers on the system, which is why some indie developers have tried to take a shot at filling that void. During the PlayStation 3 generation we had the great ModNation Racers, as well asthe not as great Little Big Planet Karting. When I heard about All-Star Fruit Racing, I was definitely hoping we’d be getting a good kart racer from this one. 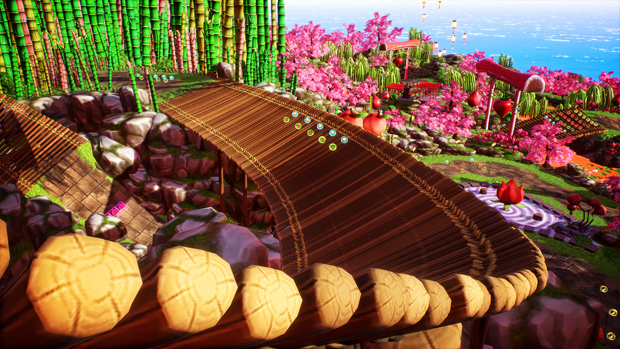 The game itself is a traditional kart racer, but one that feels as if it was released a while ago. The game is super colorful and uses an interesting art style and, Aa Mario Kart 8 Deluxe has proved, you can use a great art style and a colorful presentation and not look dated, but somehow All-Star Fruit Racing does come off as looking a bit dated, as if it was a late PlayStation 3 release. It just doesn’t have the final polish that a game like this needs.

It has your standard modes featuring online and offline play. The offline play includes a career mode where you are competing on Championship Cups, and this allows you to unlock different characters. You get all of your other standard modes as well which you’d come to expect from a kart racer, including single races and time trials. You can also spend some time customizing your car with the winnings from the races you participate in. 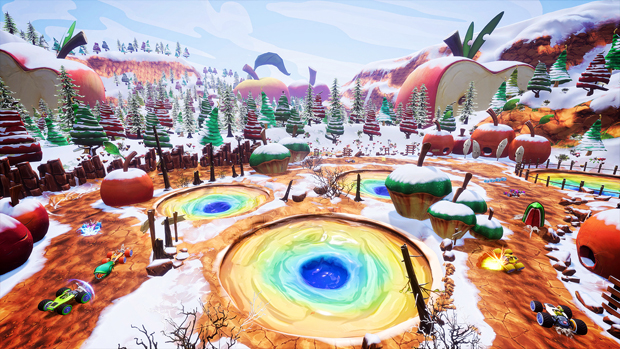 The gameplay of the kart racer is alright, featuring the standard drifting mechanics you would expect to allow you to go around corners and get a speed boost. If you have played a game of Mario Kart before then you will feel right at home. What is a bit different is how the game treats power-ups. Instead of picking up items that can net you a weapon or ability, you pick one of five fruit to fill up your fruit meter with said fruit, which will grant you abilities. You can also have multiple meters full thus allowing you to combine abilities. If you fill all four meters you can use the characters ultimate ability, which will be different for each character.

The track selection is all over the place, with different themes from prehistoric settings to pirates, but not something that felt as if I was in the “All-Star Fruit Racing” universe. Also, some of the turns are very tight and the game doesn’t’ do a great job of letting us know one is coming up, something that feels very natural in a game like Mario Kart, so you’ll need to memorize each track’s layout to have a chance at winning a race here and there. 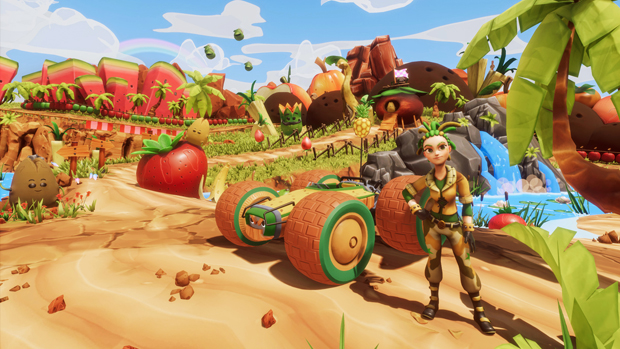 All-Star Fruit Racing tries to be the kart racing game we want on the PlayStation 4, but its lack of some extra polish hurts it. The game looks as if it was from last gen, and the frame rate is all over the place, which hurts the flow of a kart racing game. It does have a few good ideas and the kart racing mechanics are okay, but this isn’t the game we have been waiting for.

Disclaimer
This All-Star Fruit Racing review is based on a PlayStation 4 copy provided by PQube Ltd.

[Beyond PlayStation] West of Loathing Review