Muddledash from slampunks and pqube is a multiplayer party game in which you take control of squids as you race to the finish line with a present for the big party. Learn more about it in our Muddledash review!

The game can be played by handing each player a Joy-Con in the horizontal setting, which means everyone will run with the analog stick and use the buttons to kick, jump and dash your way through each stage. Before you get started you can kick the color-blob-thing to change your squidâ€™s color, and then you can kick the other blob-thing that changes the type of party hat your squid will have. Once youâ€™ve done that, then youâ€™ll be ready for action! Since the game can be played by up to four players for some hectic couch competitive action, which is why each squid is a different, bright color so that you can always know where each character is. 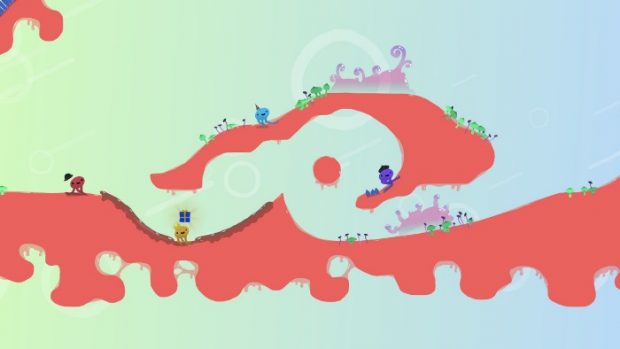 Once you start a match, you will need to grab the present and then run and dash your way to the party to be the best squid ever. While doing this you can quick your opponents, dash through rotating wheels, use bouncy things to bounce around the stage, launch projectiles from special projectile launching posts, and more. Since the bouncer at the door will only let you in if you have a present with you, the present is, like, the most important thing you can bring to the party! 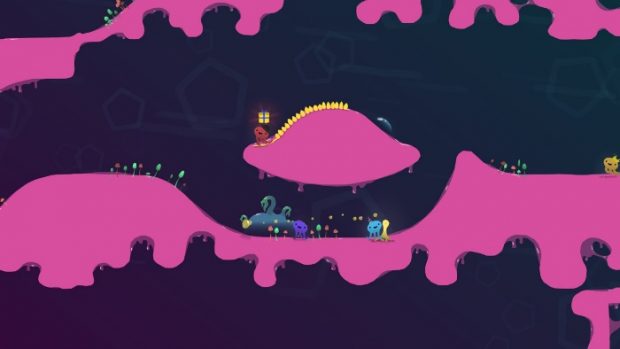 Since youâ€™re basically running to the party, and with up to four players joining in for all the fun, someone is bound to be left behind as the squid with the present madly dashes forward. In other games this would probably either remove one hit point or life from the player who was left behind, or it might drop them entirely from the race. In Muddledash that is not the case, since any players left behind will end up magically popping up on the ground close to the player with the present, giving them an excellent chance to steal the present while theyâ€™re at it! Every time you take on a race, the layout will be different, so no two racers will have the same level design, obstacles or objects. 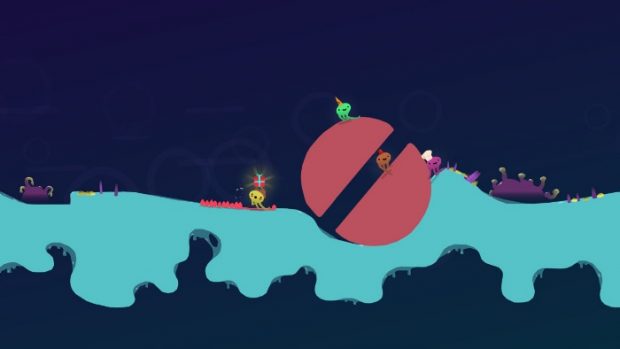 Muddledash is a fun party game on Nintendo Switch from slampunks and pqube that will keep you busy for a while, as long as youâ€™re playing with family or friends. The game is definitely aimed at younger players who, with the help of an adult, can have a good time with this procedurally generated release. 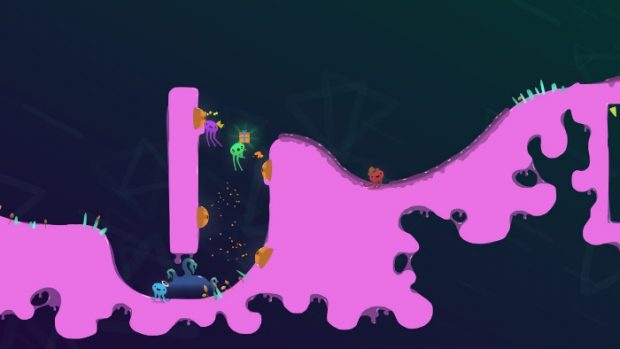 Disclaimer
This Muddledash review is based on a Nintendo Switch copy provided by pqube.

Fun and colorful racing platformer aimed at a young demographic