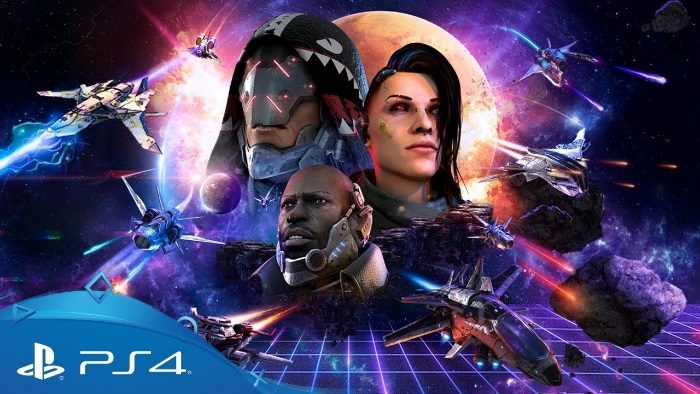 You play as J.L. Brown, a soldier who has woken up from his cryogenic sleep. He tries to track down his other military friends, and in the process he learns some disturbing secrets that will certainly change how he sees things. But to find out more about the story be prepared to sit close to your TV! Why? Because the game is very much unreadable since the fonts used are so small you would need a magnifying glass to read the a characterâ€™s dialogues. An option to resize the font is something that the team is hopefully working on since it is certainly needed. 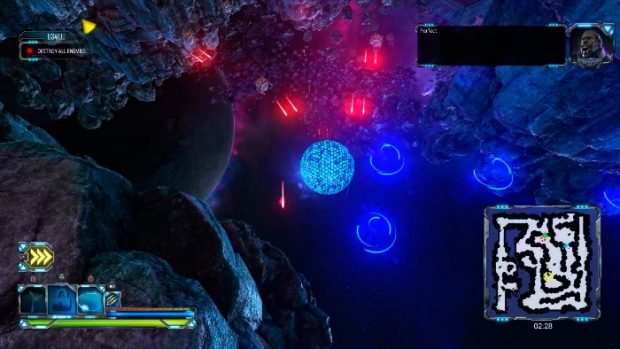 The tutorial section does its job and teaches you how to play the game using a controller graphic indicating what buttons are used for what mechanic, which is great since it makes it a lot easier to quickly understand what you can and canâ€™t do in this release. There is also a nice selection of difficulty choices, so there is something for all players no matter their skill level. 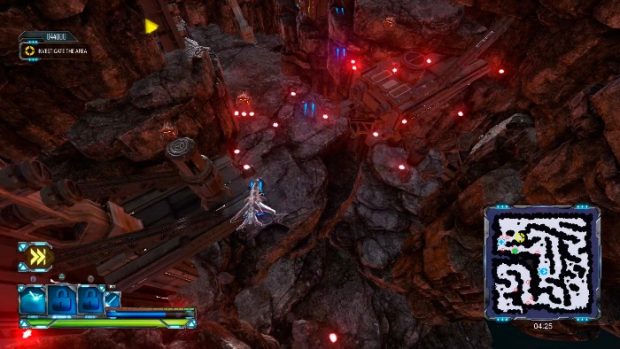 In this one you need to be careful as you try to stay alive by using the shields you have, as you dodge enemy attacks and shoot back at them. The game is challenging when played on harder difficulties, with more enemies and no checkpoints, which means that if you die you have to repeat the whole thing again, and levels can be quite vast, so some players may find that off putting. The older gamers may appreciate the kind of game it is as back in the older days, there was no checkpoints or saving back in the day. But for those of us spoiled by saving and checkpoints, it may be off putting. 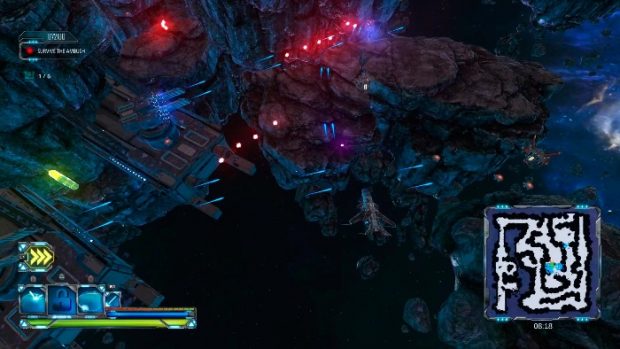 When starting out for the first time the only weapon you have is a basic laser, and there are power-ups dotted around the maps that you can collect, but they have very limited ammo, so you need yo make every shot count. As you progress in the game you can unlock skills that grant you better fire power, as well as more effective shielding. Most skills have a cooldown timer so that you donâ€™t abuse them, but these cooldown timers felt too long and unbalanced for this twin-stick shooter.

There are only six levels in this indie release, but they are quite big so you wonâ€™t be jumping in and be done in a few minutes. You can, however, finish the game in one afternoon, which is not bad for an indie game. The challenges included over the levels do add an extra layer and give this one some extra life post-game as you can replay the challenges as often as you like. These challenges is where the bulk of the replayability comes in, since some ask that you complete a level within a specific time limit, or that you score X number of points, to name a couple of examples. 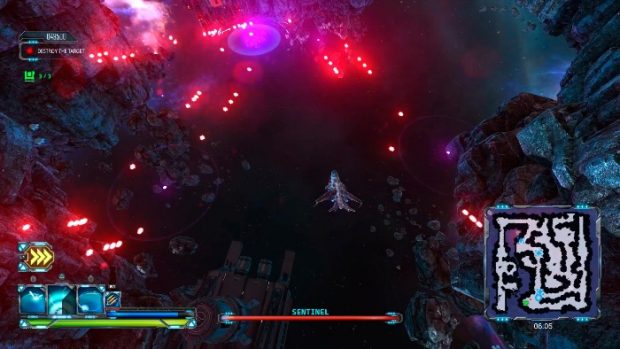 The game has now gotten a new update called the Retro Waves update which adds a Survival Mode where you’ll be defending three generators from an infinite wave of enemies in a new stage. This mode is also different from the main story mode since you’ll gain access to new defenses such as, for example, turrets that can help you defeat enemies. The better your streak, the more points you’ll get, so that you can show the world how good you really are. 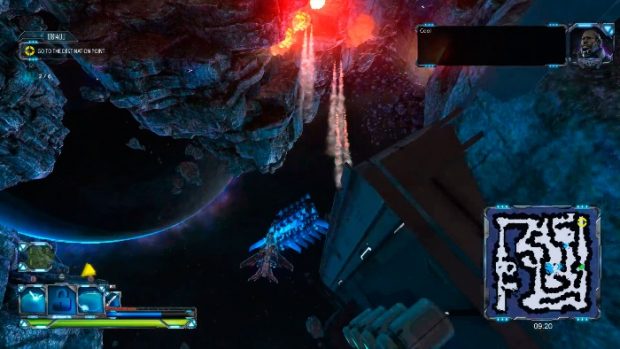 Something that did take me by surprise is that there is no local multiplayer. A twin-stick shooter without a local co-op mode definitely feels a bit odd, especially with this gameâ€™s setting and premise. Iâ€™m certainly not asking for online multiplayer since that would, of course, require a very different development budget, but It would have been fun to dive into this one along with a friend in some local co-op. Maybe this is something that the team can work on as DLC if the game sells well?

Phobos Vector Prime: The First Ring is a fun arcade-style twin-stick shooter on PS4 that does some things right while falling short in others. Itâ€™s a good first entry from this Spanish indie team, and I look forward to seeing how they handle the next entry in the series.

Disclaimer
This Phobos Vector Prime: The First Ring review is based on a PlayStation 4 copy provided by Gunstar Studio.