Beyond PlayStationFrostGame Reviews
No Comments 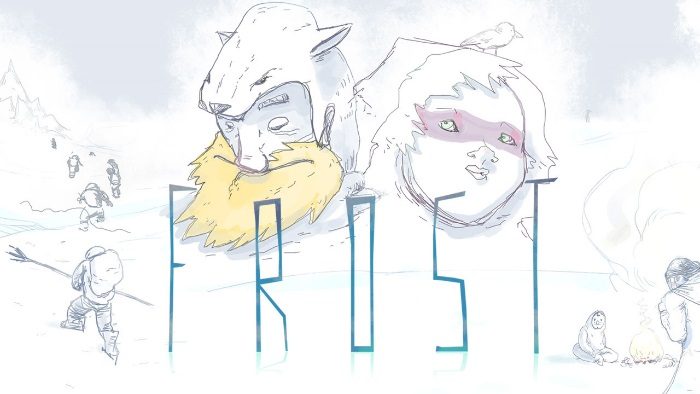 Frost from Digerati is a deck-building card survival game in which you take on the harshness of a frozen land. Learn more about this one in our Frost review!

Your task is to lead a group of nomads as they search for the Refuge that can keep them alive and away from the deadly Frost. You will need to use your deck to survive, as well as to survive the dangerous enemies you will run into, which include, for example, packs of wolves, as well as the even more present danger of running out of food or being too tired to do anything, thus succumbing to the icy grip of the Frost. 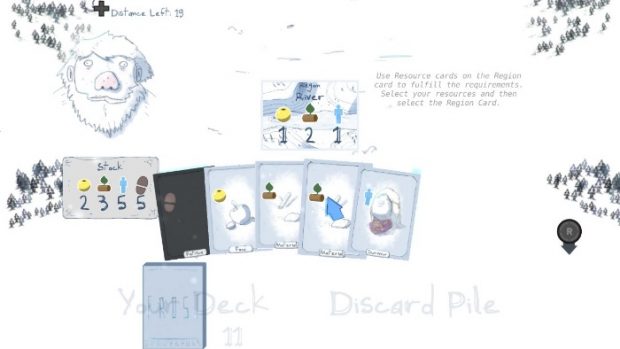 Before you dive into the game proper, you should take on the gameâ€™s tutorial where you will learn the basics. You will begin with a limited set of resource cards which you must use to reach the Refuge by traversing each region. To do this you need to select your resources and then the Region card to open up the option of travelling there. You need to always be on the move, because the storm is always close and will eventually end up catching with you if youâ€™re not fast enough. If you end your turn without travelling, the Frost counter will decrease, but every time you travel you will add one to the Frost counter and gain some extra distance between you and its freezing cold. If the Frost catches up to you, then it is game over. 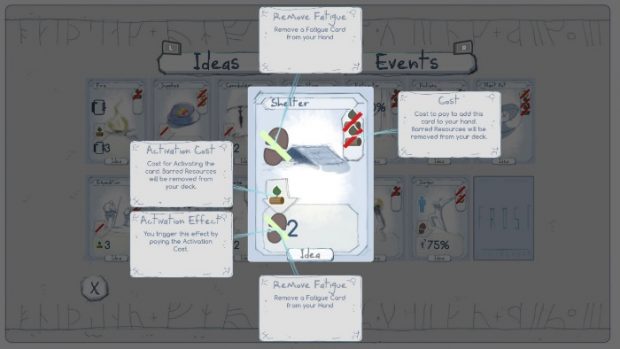 You can use one of the Survivors in your group to scavenge for supplies. Scavenging can reward you with food and materials, but you do run the risk of drawing a fatigue card, or having said survivor die as it tries to help the group. When you end your turn you will draw a new set of cards from your available stock, so be sure to keep an eye on your card stock so that youâ€™re not foolishly trying to draw a card for which you no longer have a copy on your stock. Resting is another important thing to do, since it will remove all fatigue cards from your hand. You do need to be careful since resting will take the rest of your turn, and it can only be used as long as you donâ€™t havenâ€™t used a card from your current hand.

As you explore you might run into a Trade event which allows you to exchange resources with other survivors you find. You can check the event by selecting it and pressing the Y button so that you can see what the trade cost is (which resource is needed to start the trade), as well as the effect of the trade (what youâ€™ll get in exchange for the resource youâ€™re presenting. Along with Trade events you will also run into Contest events which are bad for your group. If you donâ€™t manage to beat the event, you will receive damage. If you donâ€™t want the group to suffer damage, then you can sacrifice a survivor to take the damage. 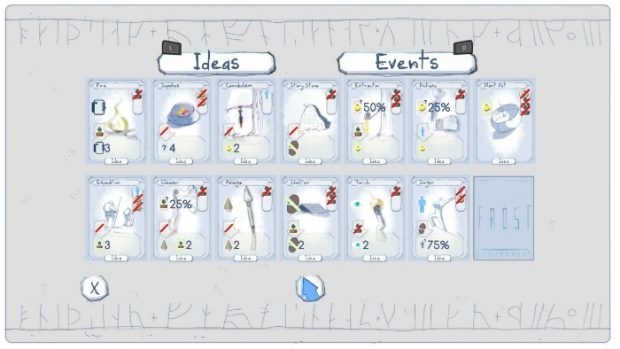 When travelling you will get two Idea cards, and you also get one for every turn you spend in a Region. To add an idea card to your deck, youâ€™re going to need to pay its price. Say that, for example, you have a wolf attacking your group. If you have an idea card for spear, you can pay the asking price to add the spear to your hand so that you can then use the spear to attack the wolf. Idea cards can also have not only a cost to pay for you to add the card to your hand, but also a cost to activate its effect. Something Iâ€™d like to mention is that using a resource will only remove it from your hand, but removing a resource will require that you let go of it permanently from your deck. 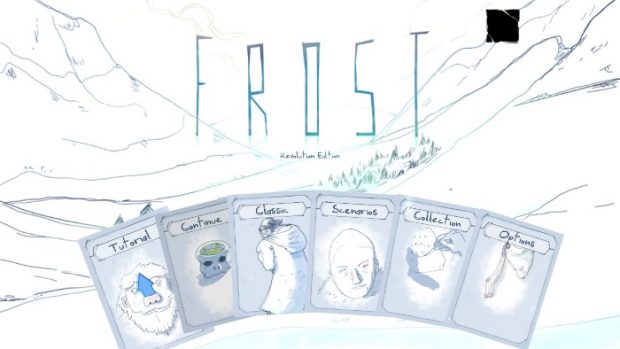 Your hand size is affected by the temperature for a Region, so sometimes you might be stuck with a smaller hand size because of this, so be sure to pay attention and make the most of your situation. The Temperature can go as low as -4 or go as high as +4. And while you take this into consideration, you should also be on the lookout for special fatigue cards called Terror cards. When you see one you better rest as soon as possible, because if at any point you have three of these, then it will be game over for you.

Since Frost is set in a frozen world being hit by a big storm, the gameâ€™s look is very much of the white variety, which can be a little hard on the eyes when playing at night. Luckily the game has an option for activating a Night Mode that can make everything dark, white and red so that your eyes donâ€™t hurt while playing. I gave this option a go over a couple of nights when playing the game, and Iâ€™m happy to report that it works great, especially if youâ€™re playing in a dark room at night since the black screen and the red and mild white accents make everything pop. 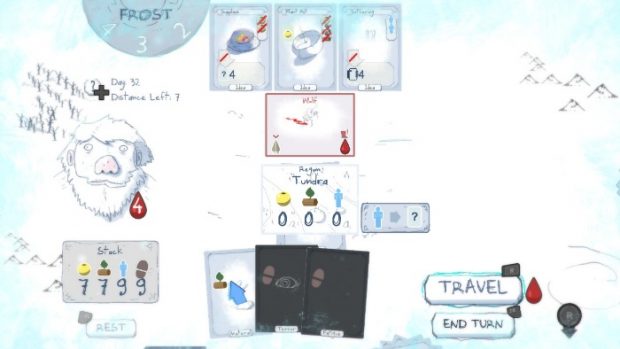 As you do each new run in Classic mode you will learn from your mistakes and start to find new strategies to extend your survival until you eventually make it to Refuge. But worry not since with every unsuccessful run you will also start to unlock extra cards you can use during subsequent runs, and youâ€™ll also unlock new events and scenarios. Scenarios are played separately from Classic mode, and you play through them with a different set of rules and objectives as you try to succeed in your quest to stay alive. For example, you might unlock the Leader scenario in which you take care of your family members to keep them alive, which means that you need to be extra careful of wolves and of sending them foraging for supplies, since if any of them die, itâ€™s game over. 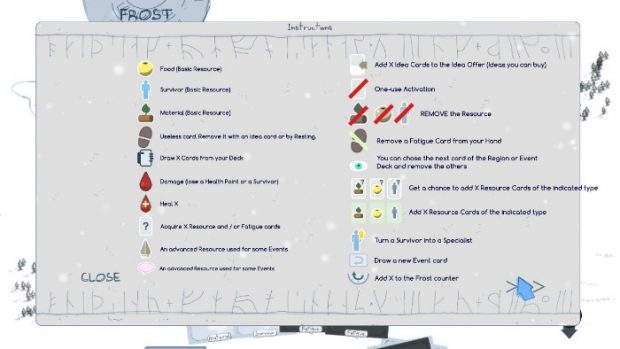 Frost is a minimalist deck-building card survival game on Nintendo Switch that I highly recommend that you play on Nintendo Switch. Its gameplay mechanics are easy to understand but hard to master, and Iâ€™m sure youâ€™re going to love your time with this indie release from Studio Tenebres, Stage Clear Studios and Digerati.

Disclaimer
This Frost review is based on a Nintendo Switch copy provided by Digerati.