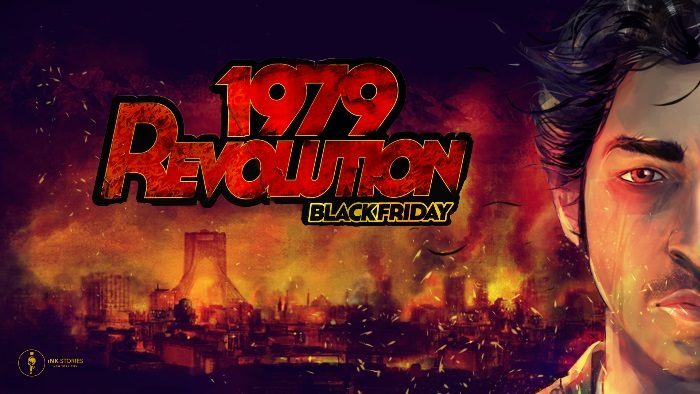 1979 Revolution: Black Friday presents to us some of the real events with real people who were there during the 1979 revolution in Iran to get the King, the Shah, out of power so that the people can have a free Iran. You will take control of Reza Shirazi, a photojournalist who has returned to Iran right in the middle of the Iranian revolution and the conflicts that ensue from said event. You will get to experience what it was like to be living in Tehran during the revolution, as you use your camera to document what is going on in the streets and behind closed doors. 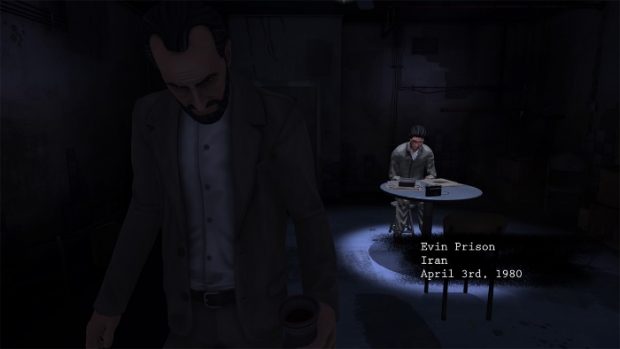 The game will jump between 1980 when Reza has been imprisoned for his part in the Iranian Revolution, and you will be then get to play as Reza during 1978 when the people of Iran where taking to the streets to protest the current regimeâ€™s actions and the way they were being treated, while also protesting against anything from the Western influence of the United States and its culture. You can take a pacifist approach to things, or end up being more hands-on and playing a bigger part in things.

The game will present you with several choices as you play, between which dialogue option to respond with when having a conversation with the other key characters, or by selecting what action to take when presented with a particular predicament. Every choice you make will shape the story you will experience, which means the game, while short at around 3 hours or so, does offer some replay value. Take, for example, an early interaction in the game. As the protest takes place, you can either peacefully protest, or take rocks and throw them at the soldiers. What you do will change how other characters see you, and when you multiply this by the different choices you can take, you can imagine how doing new runs could allow you to select a new path to take. 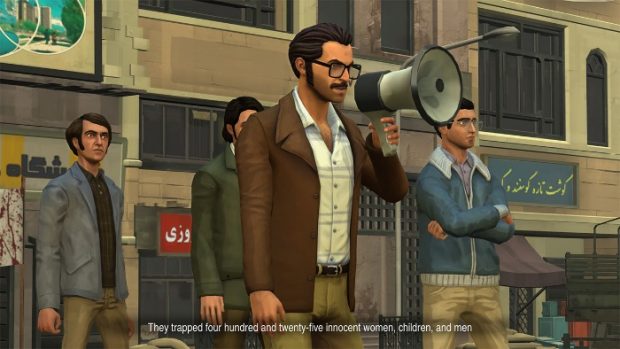 The game features sections where youâ€™re either selecting between the available dialogue choices, making a choice for one action or another, walk around an area taking pictures to document the revolution, walking around an area searching for an object or interacting with NPC, or taking on a Quick Time Event (QTE) section where if you fail the actions you can get a game over and must reload the last chapter autosave to give it another go – thereâ€™s a nice variety of things to do in this adventure game. 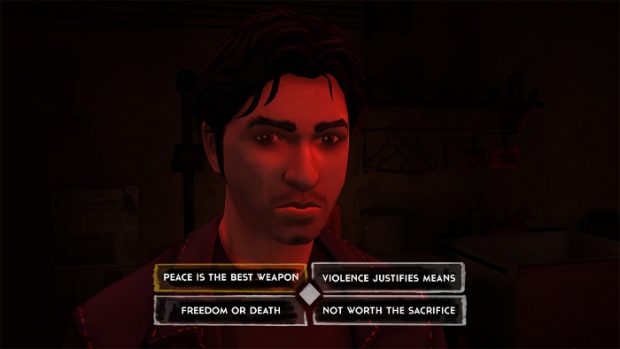 In 1979 Revolution: Black Friday, the photographs you can take are based on real events that took place during the movement that lead to the Iranian Revolution, and with every picture you take youâ€™ll be able to learn more about the events that took place, as well as look at the original picture, thus learning more and more about the overall conflict and the things that surrounded it. You will also get to collect historical speeches from Sayyid Ruhollah MÅ«savi Khomeini – Grand Ayatollah Ruhollah Khomeini. 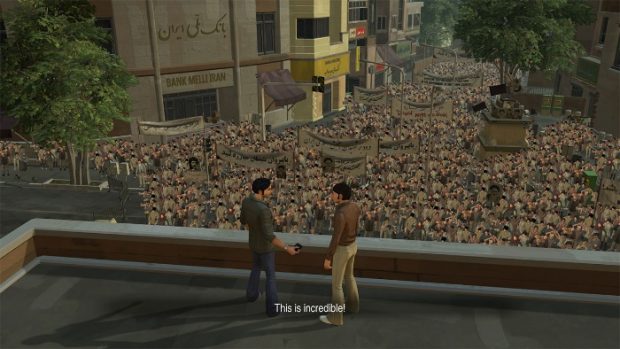 Other than a couple of chapters where loading times went up close to a minute before the next chapter would begin, I enjoyed my time with 1979 Revolution: Black Friday. Playing it allowed me to experience an event, and learn more about it, that I had no knowledge of, once again showing me the power of video games that focus on telling a story and telling it right while allowing players to interact with the world it presents. If you like adventure games and have a few hours of free gaming time, then you should definitely check out this interactive history lesson.

Disclaimer
This 1979 Revolution: Black Friday review is based on a Nintendo Switch copy provided by Digerati.